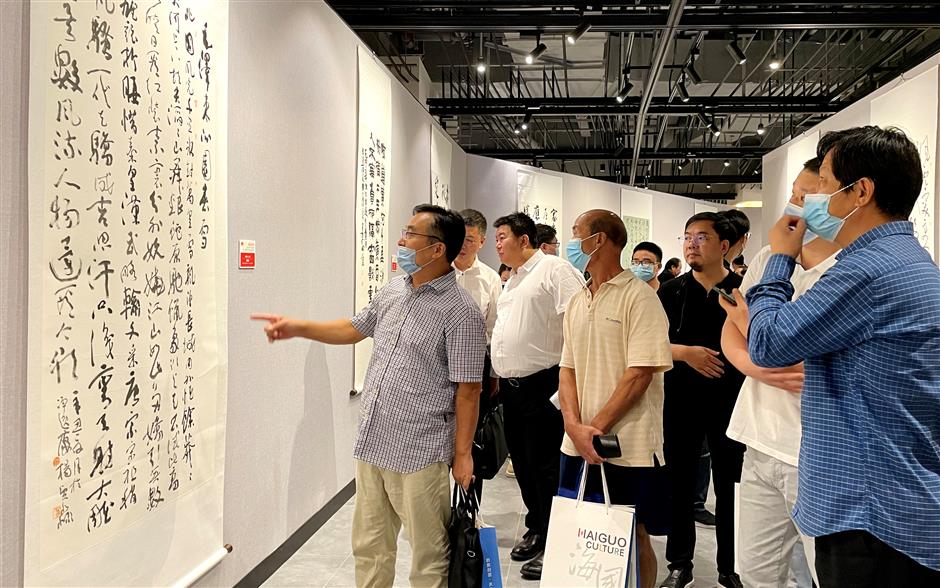 Visitors appreciate calligraphy works at an exhibition being held at the Nine Trees Future Art Center in suburban Fengxian District. 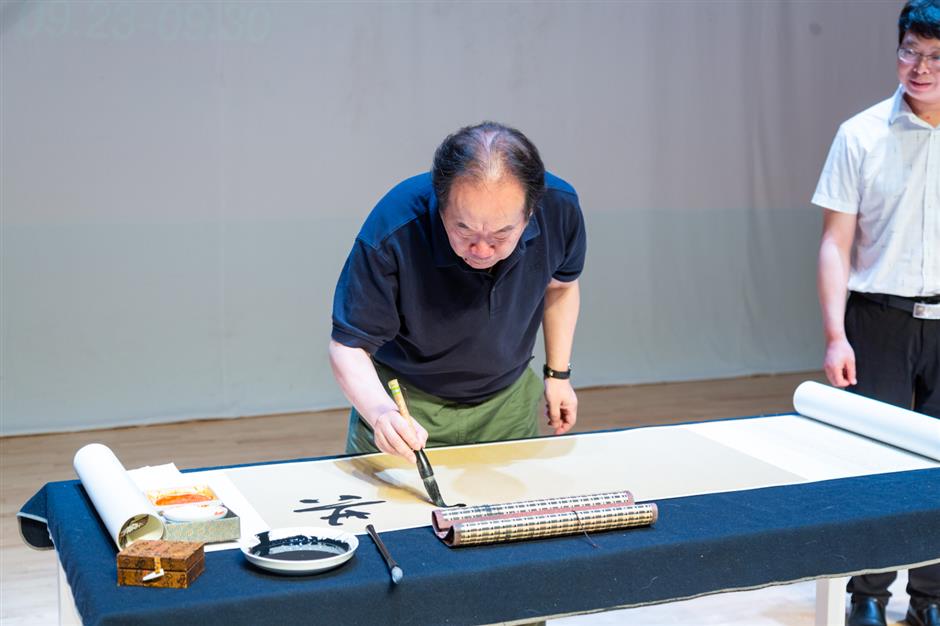 Sun Xiaoyun, director of the China Calligraphers Association, writes a message at the exhibition.

A calligraphy exhibition, featuring works of young calligraphers in the Yangtze River Delta region, raised its curtain in suburban Fengxian District on Thursday.

On display are 100 works from 100 young calligraphers in Shanghai as well as Jiangsu, Zhejiang and Anhui provinces, many of whom are award winners. All are members of the China Calligraphers Association.

Their works celebrate the centenary of the founding of the Communist Party of China and reflect the 100-year history of the CPC.

The exhibition at the Nine Trees Future Art Center will last 15 days and tour Wujiang District of Suzhou, Jiangsu; and Pinghu City in Zhejiang after the Shanghai stop.

The Yangtze River Delta region boasts a rich cultural ambience, and the implementation of the national strategy for the integrated development of the region has pushed Shanghai, Jiangsu, Zhejiang and Anhui to forge closer ties in the cultural field.

The exhibition is jointly hosted by the Communist Youth League committees of Shanghai, Jiangsu, Zhejiang and Anhui and co-hosted by associations of Chinese young calligraphers in these places.