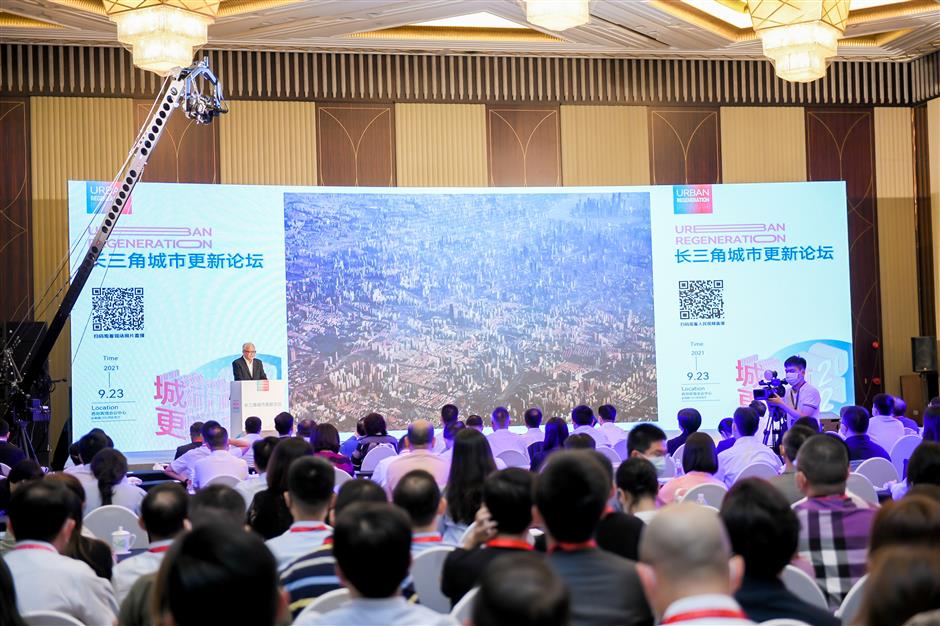 Zheng Shiling, a member of the Chinese Academy of Sciences and professor at Tongji University, introduces some of the world's best urban renewal projects.

A series of best urban renewal projects in Shanghai and neighboring cities in the Yangtze River Delta region have been listed as pilot projects to be promoted in other Chinese cities.

Shanghai's micro-revamping campaigns on the over century-old Yuyuan and Xinhua roads, the popular Columbia Circle as well as the Huangpu River waterfront in Yangpu and Xuhui districts are among the chosen projects along with some others from neighboring Hangzhou and Nanjing cities.

The government bodies or companies in charge of the projects were honored on Thursday at the 2021 Yangtze River Delta Urban Regeneration Forum, which aims to promote a new round of redevelopment of Yangtze Delta cities during the 14th Five-Year Plan period (2021-2025).

Officials, developers and experts shared their latest findings on urban renewal at the forum in Shanghai's Changning District, which boasts many of the pilot projects.

Urban regeneration has become a "new normal" for the development of Chinese cities, according to the forum. The nation's 14th Five-Year Plan has made urban renewal the main driver to optimize urban spaces and improve quality for the first time in the blueprint for national economic and social development.

Shanghai's new regulation on urban regeneration took effect this month to safeguard the city's massive renewal campaigns, which aim to practice the "people-oriented city" concept raised by President Xi Jinping during a visit to the Huangpu River waterfront in November 2019. 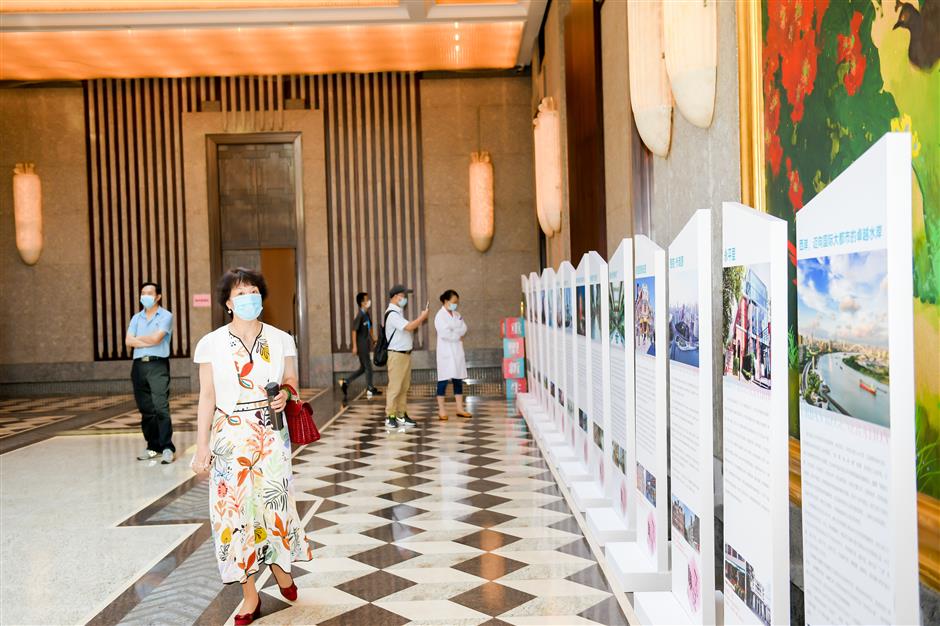 Visitors watch posters of best urban regeneration projects in the Yangtze River Delta cities on the sideline of the forum.

President Xi said: "Cities are built by the people and for the people," noting that urban planning and development must be committed to a people-oriented approach and focus on people's needs.

"Urban regeneration has become the key measure to realize a city's development target," Zheng Shiling, a member of the Chinese Academy of Sciences and professor at Tongji University, told the forum.

"It requires ideals as well as a longing and passion for the future," he said.

Cen Fukang, deputy director of Changning, shared details about the latest urban renewal projects in the district with delegates from neighboring Jiangsu, Zhejiang and Anhui provinces.

New urban renewal projects, for instance, have been undertaken at the nearly-century-old Wuyi Road in Changning to restore its history and culture while opening up more public space.

Renovations are being carried out on the street, lanes and neighborhoods along the road. Many historical villas on both sides of the road are also being repaired.

The renewal campaign is expected to create a "tranquil and elegant" atmosphere along the road, said Cen.

The 1.7-kilometer-long road, originally Tunsin Road, was constructed in 1925. It is one of 64 roads in the city under protected status and lies within Changning's historical conservation zone.