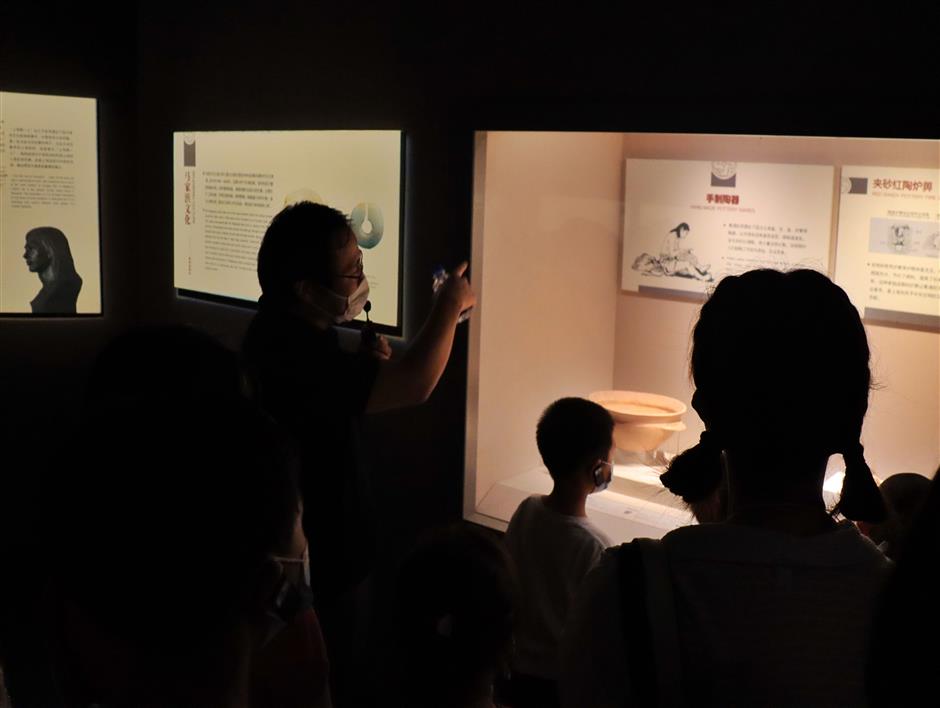 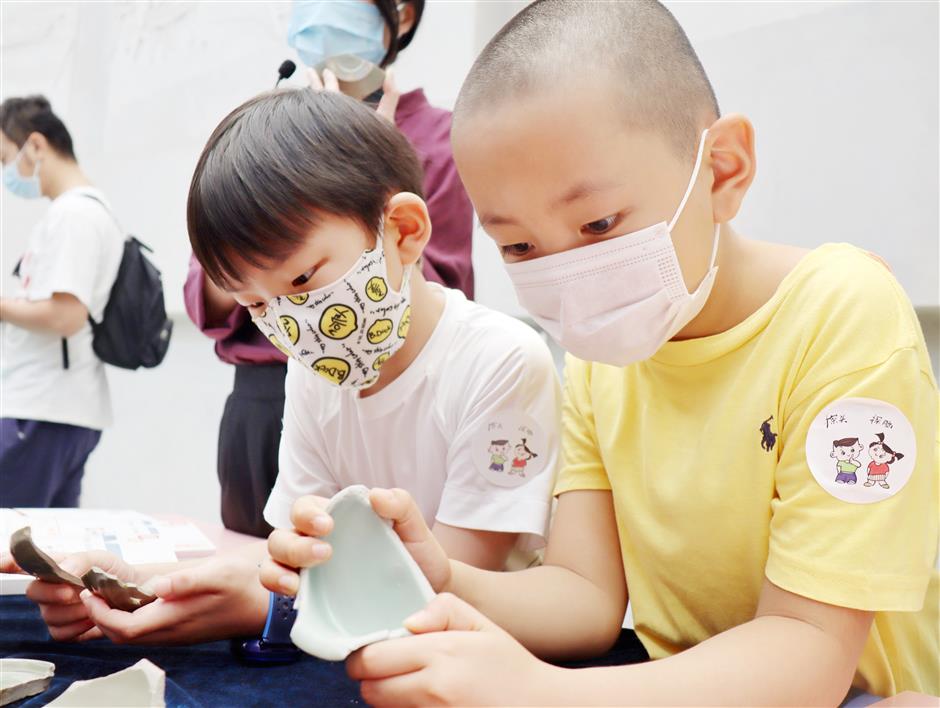 It is also home to 120 architectural heritages, nine A-level tourist attractions and 15 intangible cultural heritages at country or city level.

The seven routes string together the gems of the district's cultural and tourism resources.

Among them, a route themed on cultural exploration includes stops such as the Fuquanshan archeological site, a mound containing a number of tombs dating back more than 6,000 years, Songze Archeological Site Museum and Qinglong Pagoda, according to the Qingpu District Culture and Tourism Bureau.

Another one connects Zhujiajiao, Liantang and Jinze ancient towns, Qinglong Pagoda and Qushui Garden. The history and stories behind these water towns will be shared. 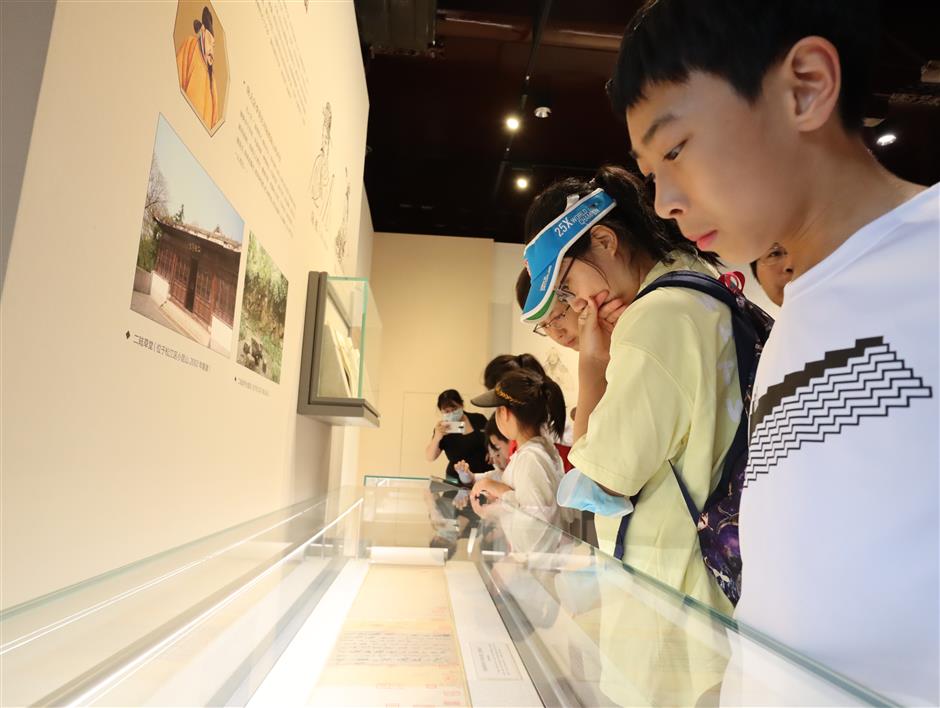 Children learn the history and culture of Qingpu District. 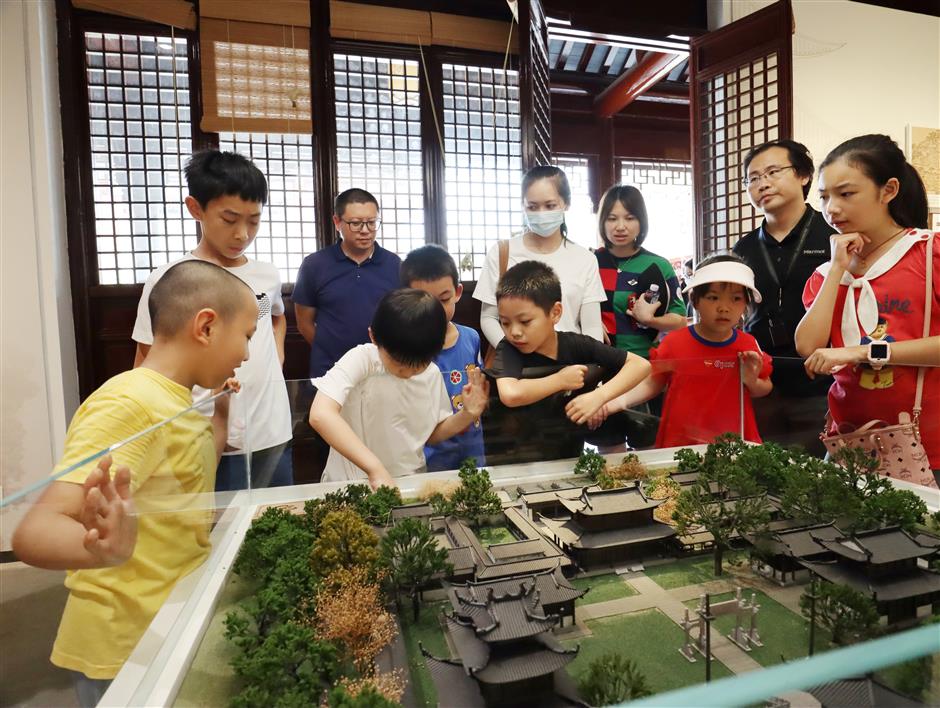 A route features mouth-watering delicacies of the district for a combination of 24 jieqi (24 solar terms) culture. 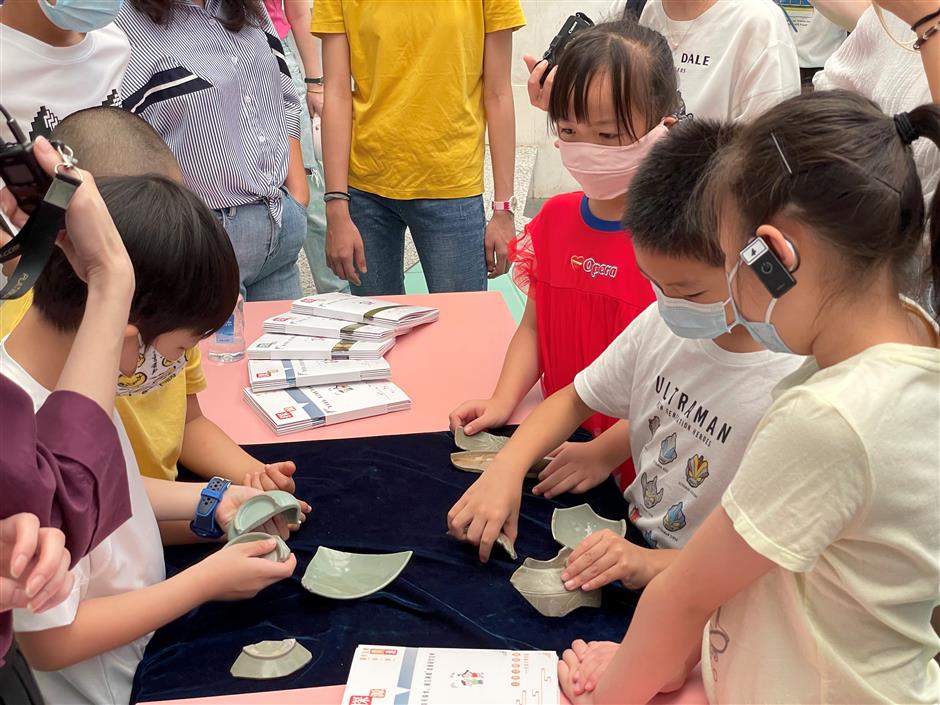 The district's cultural and tourism authorities have teamed up with PPJ Club, a tourism service provider, for people who look for guided trips with different experiences such as handiwork and hanfu, the traditional dress of Han Chinese people.

The trip ranges between one and three days.

Nine families were the first to embark on trips following these routes on Saturday.

"I learned the life of ancient people during the tour, which seems interesting," said Lu Cheng, 7.

"I like the trip which makes me happy, and it is fun making lanterns."