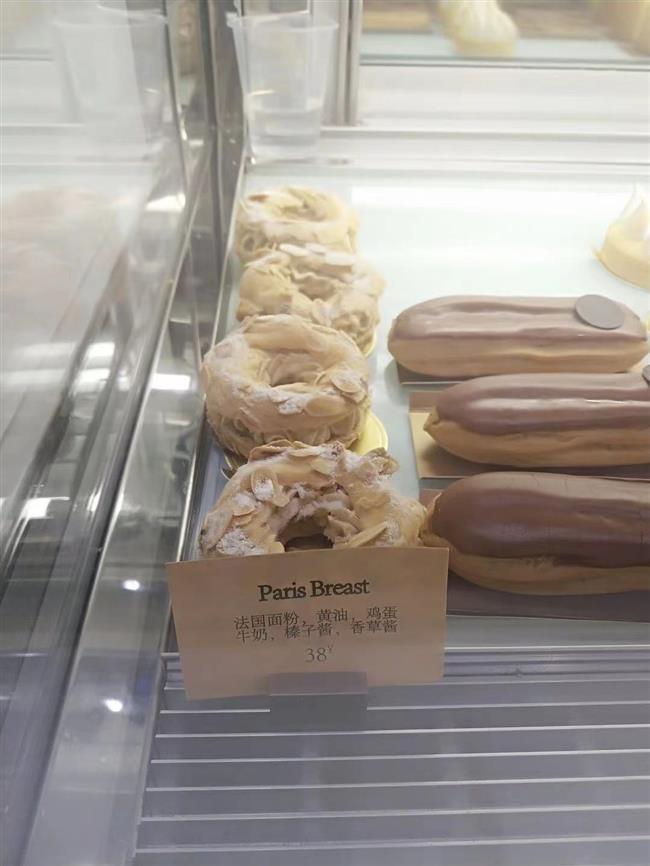 A photo provided by Arnaud Bertrand shows the misspelled pastry.

A photo of the corrected name of the pastry sent by the shop.

A French dessert shop in downtown Jing'an District has amended a misspelled pastry label from "Paris Breast" to "Paris Brest," after a Shanghai Daily report.

The Paris-Brest is made from choux pastry and praline-flavored cream. The pastry is in the shape of a wheel. It was created in 1910 to commemorate the Paris-Brest bicycle race that began between the two French cities in 1891.

Frenchman Arnaud Bertrand, who has lived in Shanghai for more than six years, posted the spelling mistake on his Twitter account.

The shop amended the label after being alerted to the mistake, and sent a photo to Shanghai Daily.

Bertrand noted the change on his Twitter page with the comment: "Changing China, one spelling mistake at a time."

Bertrand loves China very much and operates a website, which introduces traditional Chinese medicine, with his wife, who is a Chinese born in Wenzhou, neighboring Zhejiang Province, and grew up in Shanghai.

They have two lovely girls and enjoy their life in Shanghai. 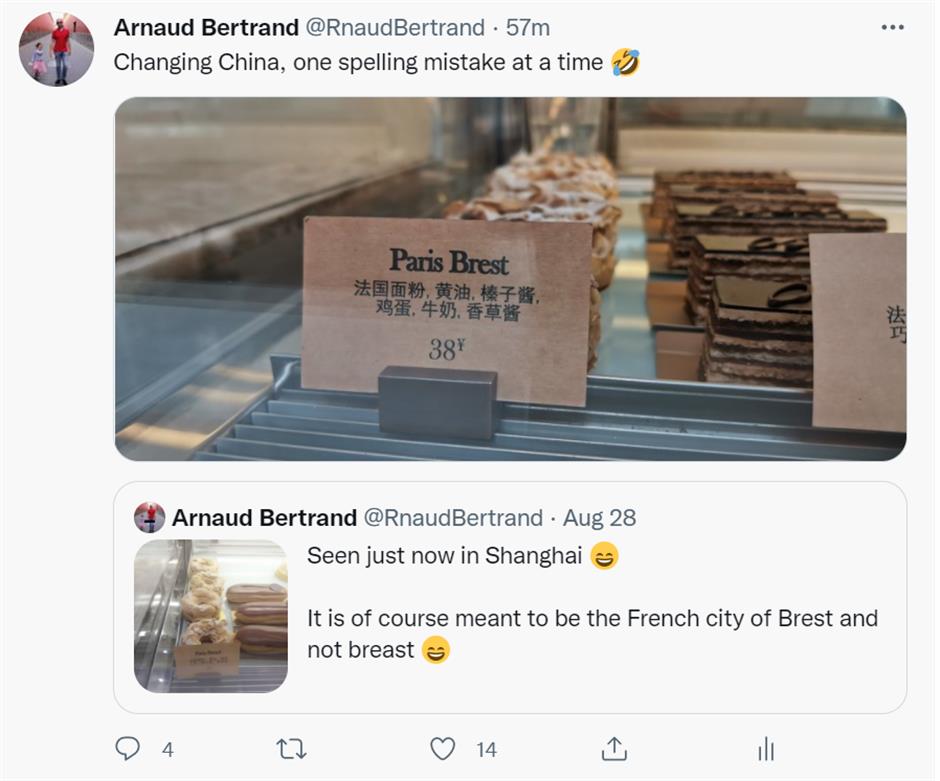 Bertrand tweets the corrected name of the pastry.