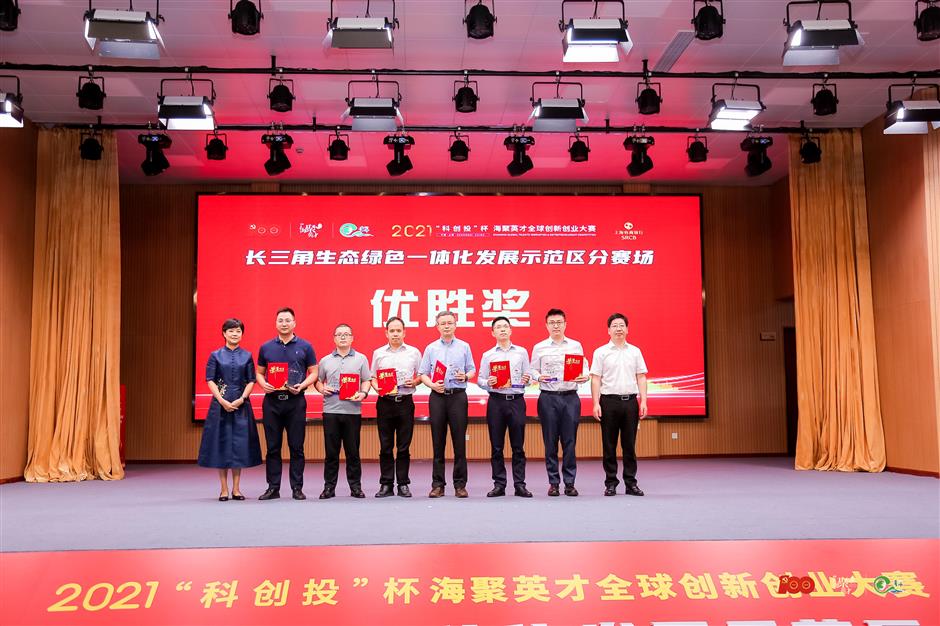 The competition began in early August with 117 project entries submitted by companies in Shanghai's Qingpu District, Wujiang District in Jiangsu Province and Jiashan County in Zhejiang Province. Twenty-four entered the final round. 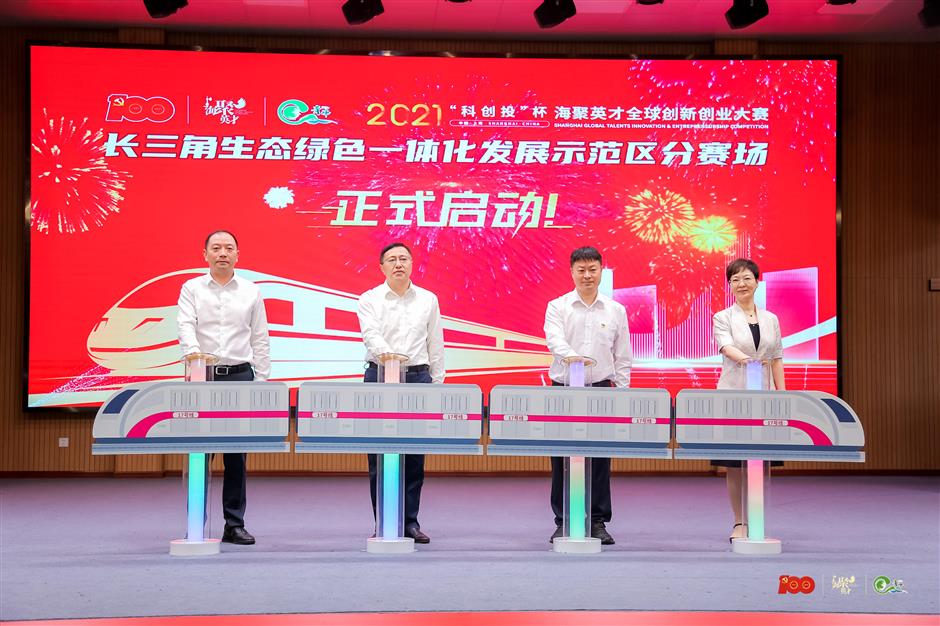 Officials kick off the competition.

The competition's final round consisted of a roadshow and a Q&A session.

This year's competition was jointly hosted by companies serving talent in Qingpu, Wujiang and Jiashan. It was co-hosted by their human resources and social security authorities.

Qingpu, Wujiang and Jiashan have forged closer ties for exchanging talent, and joint job fairs have been held to attract professionals from home and abroad to the area.

The competition serves as a platform to bridge professionals, technologies, projects and funds. It brings together various parts of society to support science and technology startup companies, officials said.