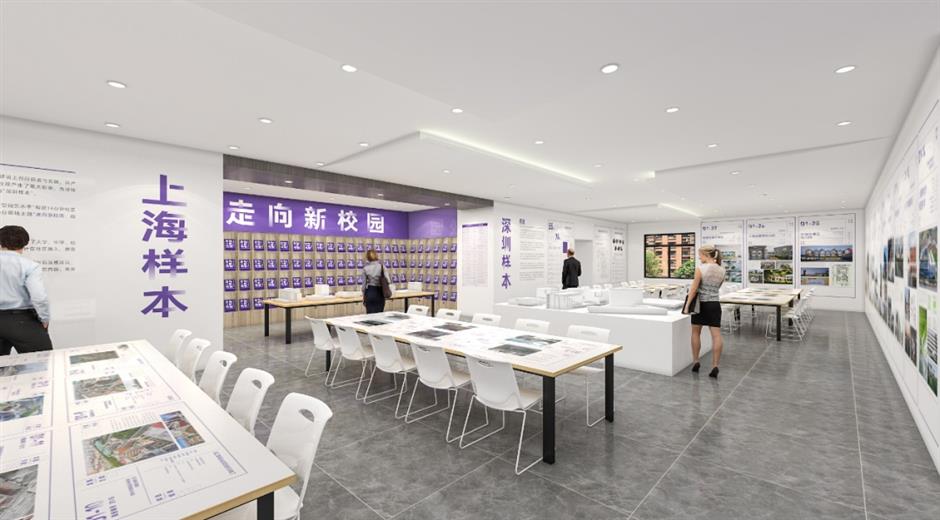 The best school campus designs in Shanghai and Shenzhen are on display at an exhibition at the Shanghai Urban Space Art Season 2021.

An architecture exhibition began on Monday in the Xinhua community in downtown Changning District to explain how schools can integrate into a "15-minute community life circle."

As part of the ongoing Shanghai Urban Space Art Season 2021, the exhibition, titled "Toward a New Campus," is being held at the Xinhua Community School at 453 Fahuazhen Road.

Visitors are invited to watch the exhibition while engaging in the numerous activities provided by the community regarding all walks of life.

A community should offer abundant resources for students and encourage citizens to learn in all phases of life, according to one of the proposals for the biennial art season.

The Xinhua Community School has classrooms for both children and retirees, a library, a scientific center and a theater. Citizens can learn vocational skills or baking as well as listen to various lectures.

The exhibition titled "A New School in the Community" selected over a dozen outstanding campus designs both in Shanghai and Shenzhen in southern Guangdong Province. 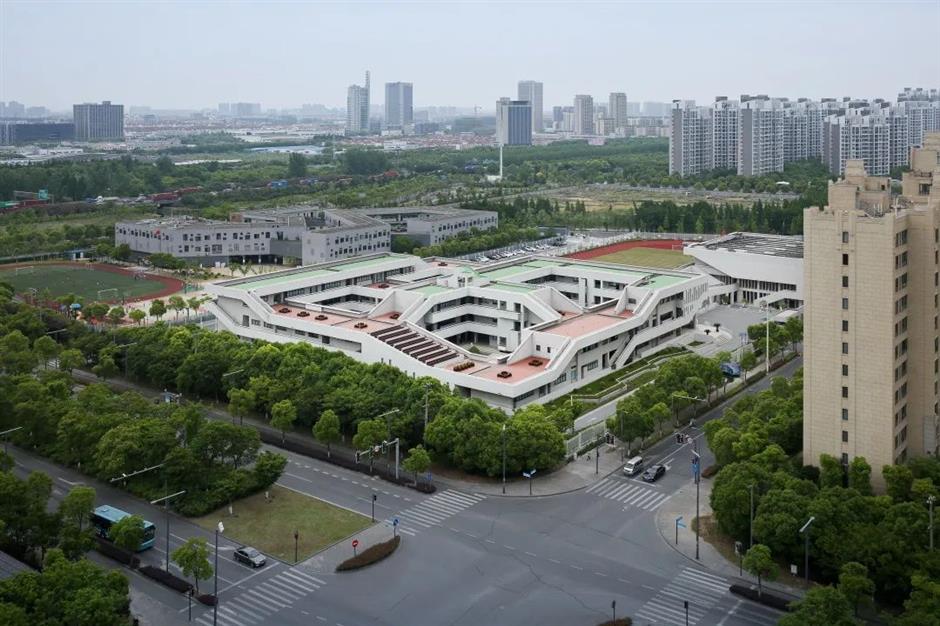 At the opening forum on Sunday, Zhou Hongmei, who initiated a "new campus activity" campaign in Shenzhen, shared the city's strategy of inviting top architects to design or renovate campuses for students in recent years.

The growing population in Shenzhen and a limited number of schools have given rise to a large swathe of simply designed campus buildings and cramped classrooms.

Zhou launched the campaign in 2017 to invite master architects such as Zhang Yonghe, former head of the department of architecture at Massachusetts Institute of Technology in the United States, to redesign elementary and middle schools.

"The practice has proven to be helpful to the mental health of the students and the quality of education," Zhou told the forum organized by LeTalwork.

Some local examples of campus renovation are also on display at the exhibition. The East China University of Political Science and Law High School, for instance, has finished its major renovation of the former Panyu Middle School, which dates back to the 1950s.

The small campus within the Xinhua Community has become a model school in Changning with modern facilities and a focus on students' moral education, said Gong Haixing, vice president of the school.