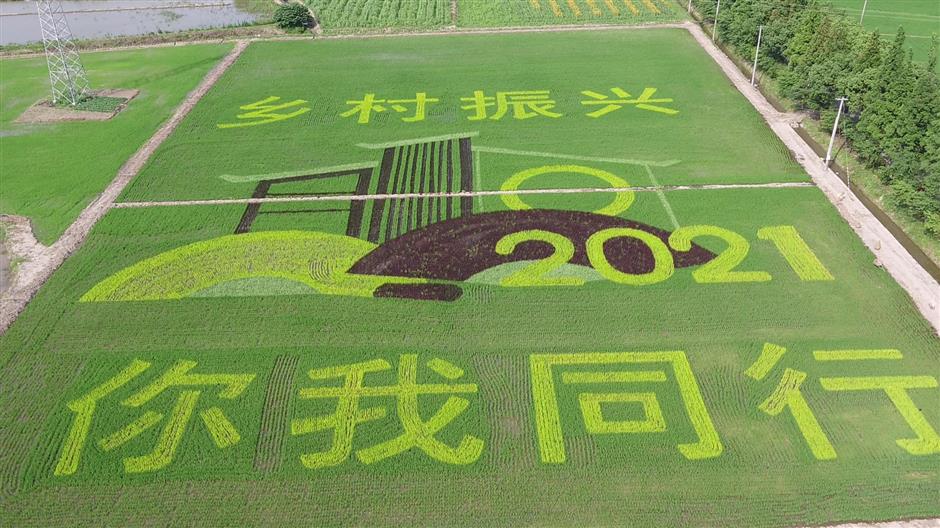 "Painting" on the canvas of a rice paddy field. 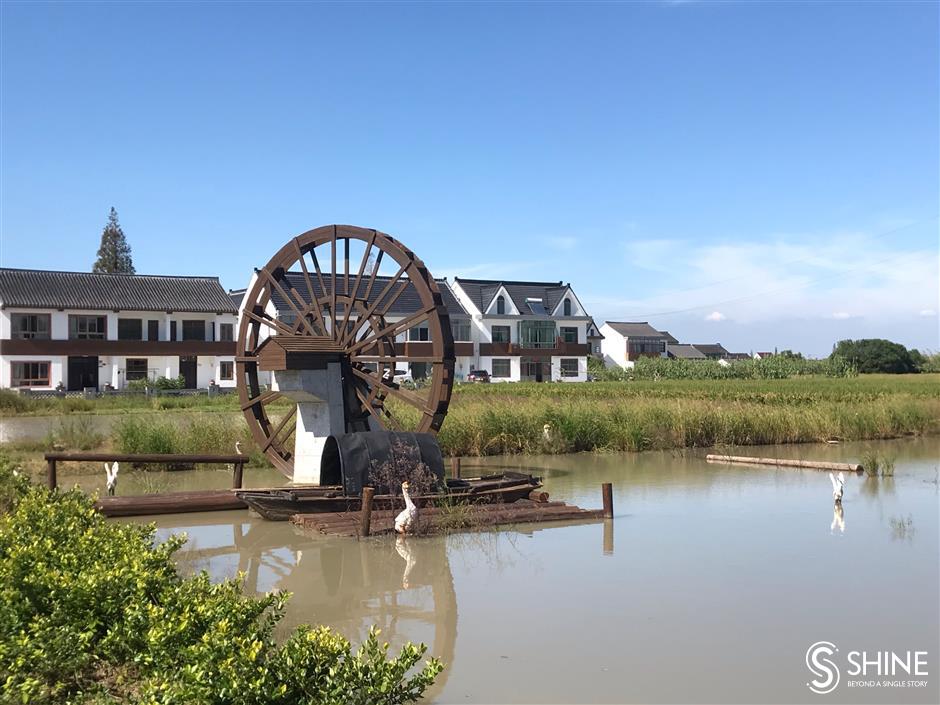 A rural scene in Youche Village.

Farmers in Shanghai's suburban Jinshan District have turned a paddy field into a work of art so as to celebrate the harvest season.

Standing on the second floor of a gallery displaying the tradition of making rapeseed oil in Youche Village of the district's Tinglin Town, images of the village's landscape and slogans on the ongoing rural revitalization campaign on the canvas of a paddy field come into view.

"With the help of GPS, we clarified which part of the paddy field should be 'painted' with what color, and then we asked people to transplant rice seedlings in different colors into designated positions," Wang Xinyun, Party chief of the village, explained. 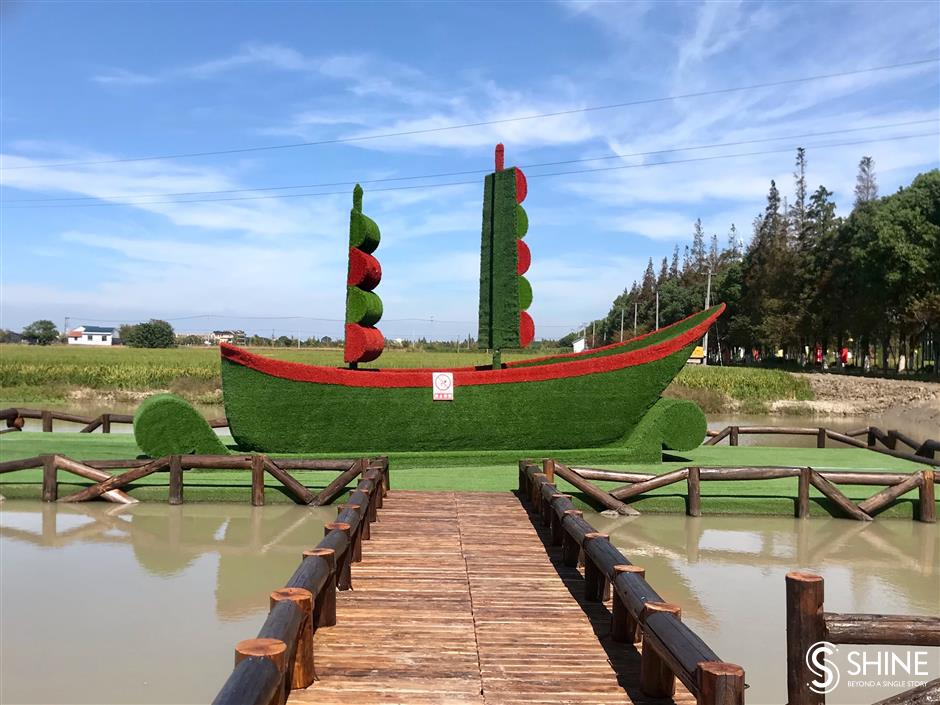 Boat-style green installation adds some artful ambiance to the field. 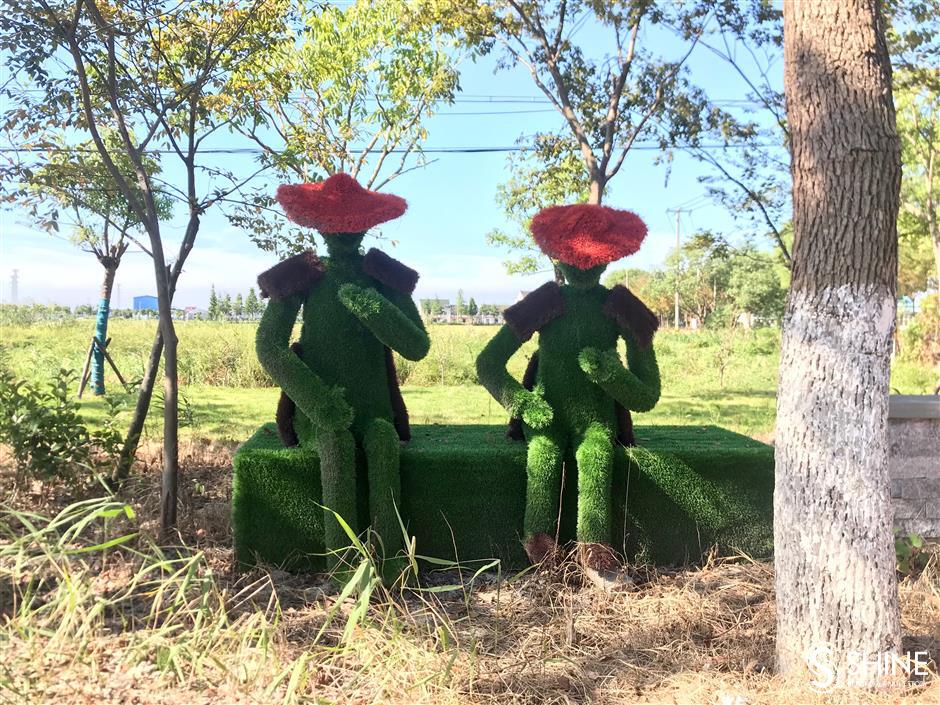 Youche, literally oil squeezer, got its name from its rapeseed oil making tradition about a century ago. Hence, it features a sea of yellow cole flowers. Every April, flowers in different colors such as yellow, red and purple are in full bloom. Now, the village is well on its way to becoming a national 3A-level tourist attraction.

Besides, Tinglin has released a tourism map linking the town's farms, parks and historical sites in a bid to attract more visitors. The sites include Tinglin Heritage Park, Tinglin Historical Pine Tree Park and Diantian Farm.

Meanwhile, it is inviting local people to take part in a one-day tour around Tinglin to experience local rural scenes and historical charm. The event is free of charge, and it is set to include thousands of people.

"We hope people can feel the rustic charm as well as the big changes that have taken place during the rural revitalization," said Zhang Weidong, Party chief of Tinglin. 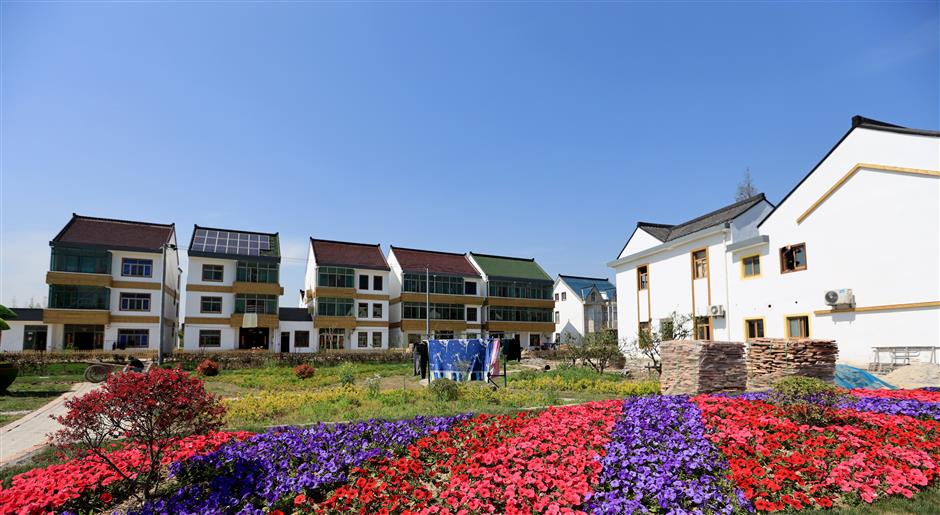 A colorful sea of cole flowers. 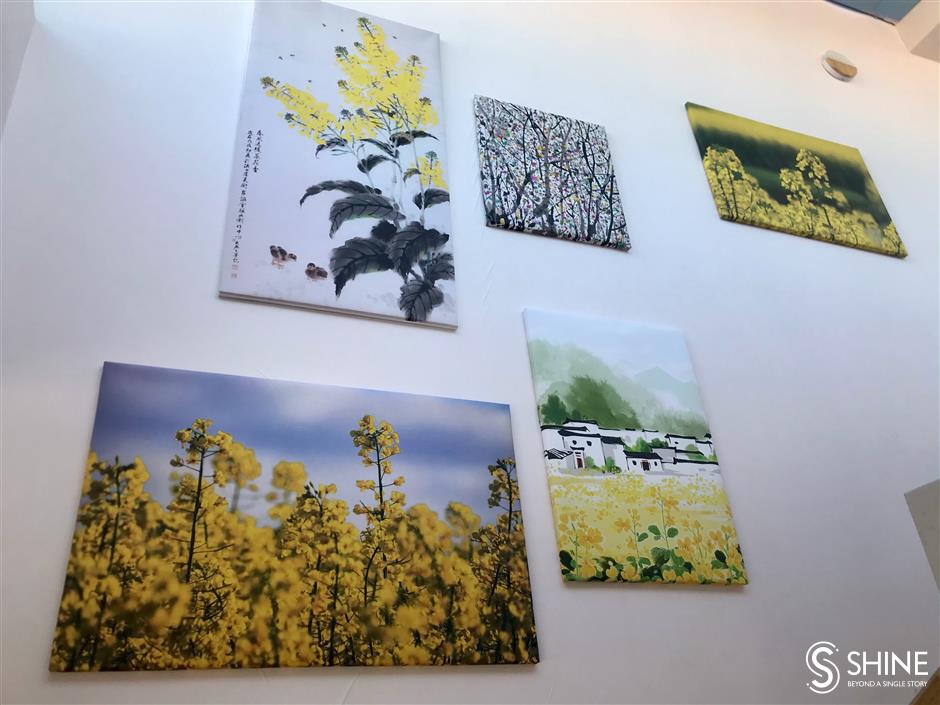