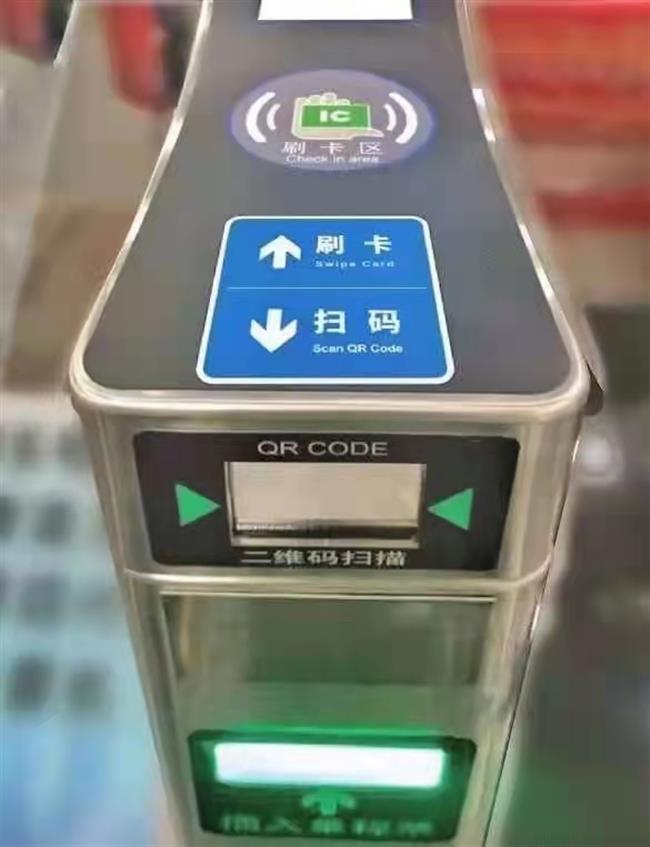 Starting from Friday, about 40 refitted turnstiles in 10 stations will be the first to serve passengers.

People will soon be able to pay for their Shanghai Metro fares by scanning their health QR code "Suishenma."

The Metro operator has started to refit the turnstiles of certain stations to prepare to accept the new pay method.

Starting from Friday, about 40 refitted turnstiles at 10 stations will be the first to serve passengers. However, people are not yet able to pay with "Suishenma," Shanghai Metro said.

At the new turnstiles, people who take the trains with IC cards and with the QR codes in mobile apps can scan their cards or codes at different places. These are clearly indicated on the machines.

People have already been able to use the health code to ride some buses and ferry boats.

Foreign nationals can also apply for "Suishenma" codes and use them.

Authorities said the new pay method is expected to save people the trouble of using different apps on their phones to ride buses, ferry boats and Metro trains.