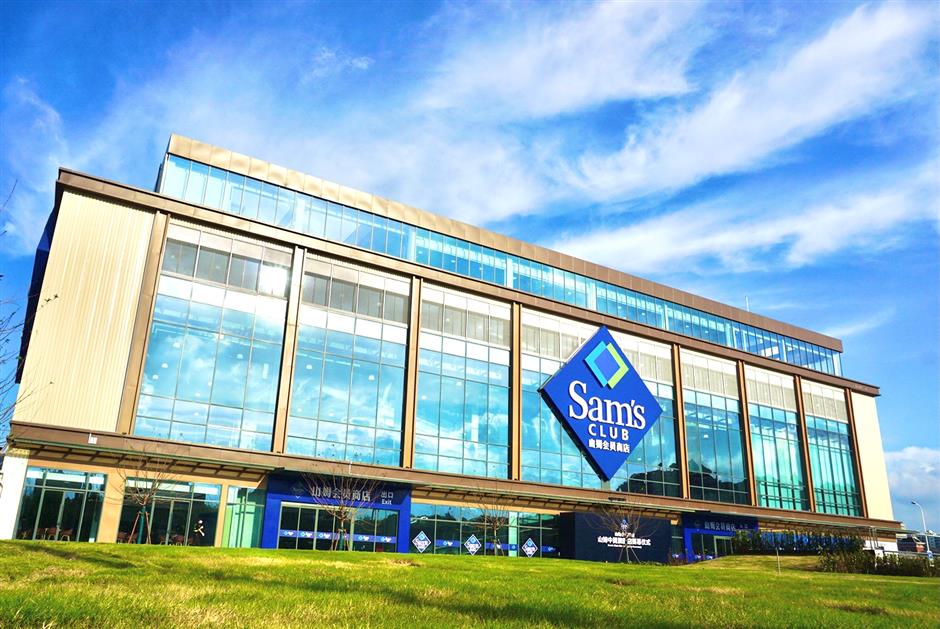 The newly-opened Sam's Club store in the Pudong New Area.

The world's largest Sam's Club became a social media hit when it opened in the Pudong New Area last month, with many netizens sharing their new shopping experience at the flagship outlet online.

Some said they had to queue for 2 hours to park their cars on the first day of its opening. The store was even more popular during the October 1-7 National Day holiday. 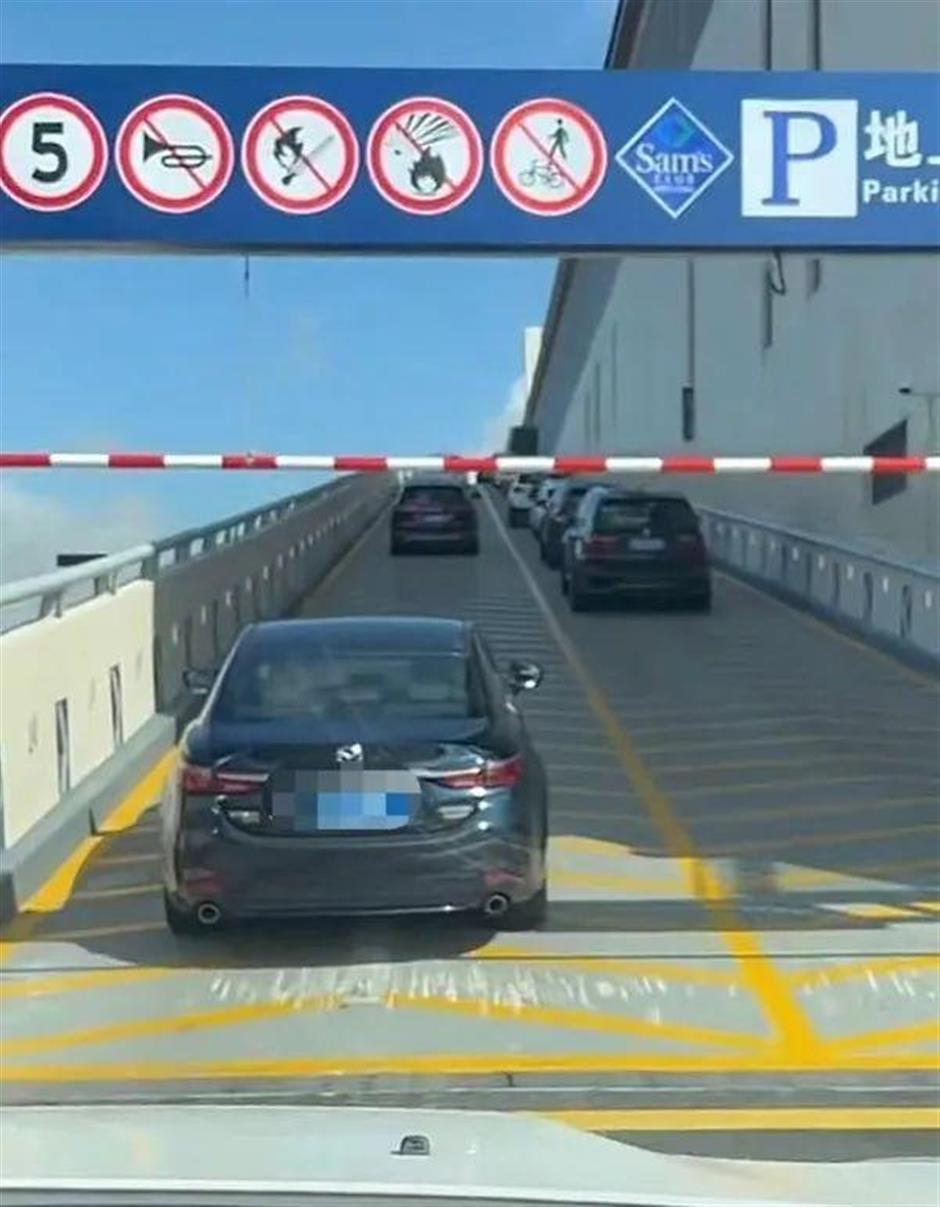 The entrance of the store's parking lot.

On October 11, Sam's Club once again became a topic of online discussion, not because of its great variety of goods or the large customer flow, but due to the store's parking lot.

Many customers complained that the slope at the entrance of the parking lot had scraped their car chassis.

The front chassis of cars can be seen rubbing against the ground at the entrance of the parking lot.

Car owners said that as the speed when going uphill is fast, the front chassis of their vehicles rubbed against the ground at the entrance.

With many cars facing the same problem, after a period of time, white marks left by chassis scrape can be clearly seen on the cement pavement. 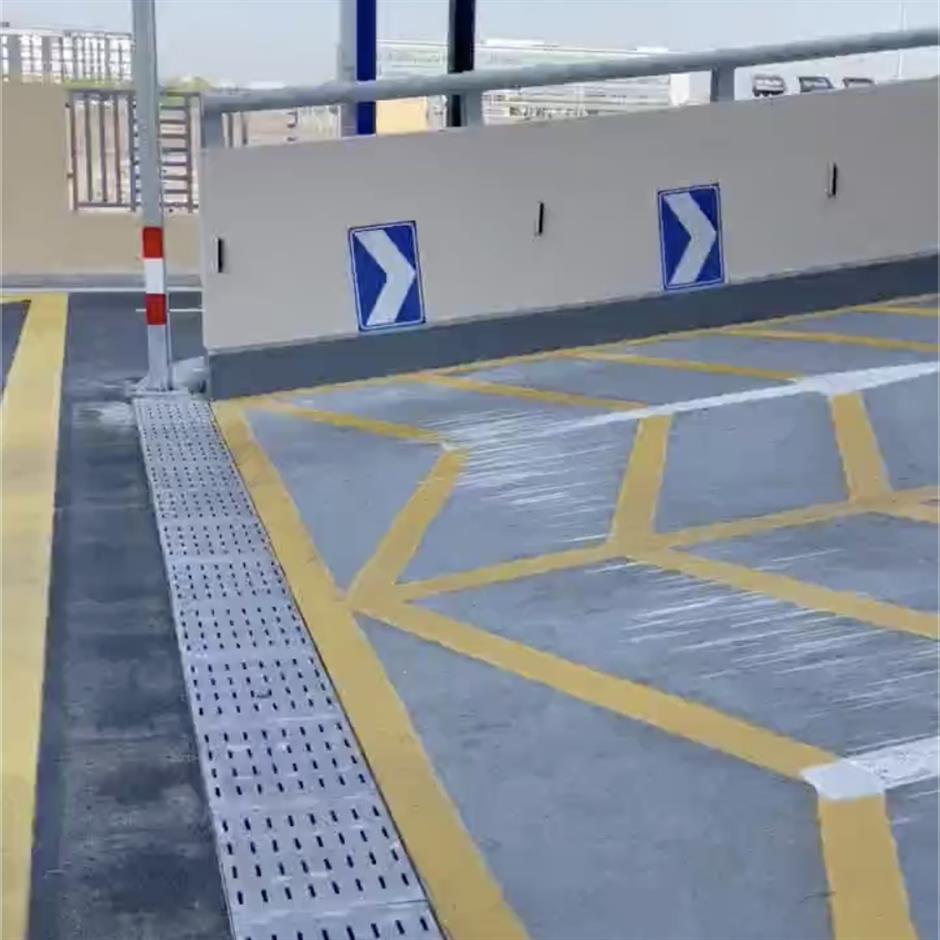 White marks left by chassis scrape can be clearly seen on the cement pavement at the entrance of the parking lot.

However, despite the wide exposure of the problem, car owners have not stopped going to the store. The "chassis killer" has unexpectedly attracted many challengers who go out of their way to drive there, some trying to find a solution to avoid the scrape.

An anti-scratch "strategy" soon showed up online: Slow down first, then drive diagonally, and accelerate while going uphill after passing the place where scraping is more likely.

Some drivers found that driving diagonally can solve the problem.

Some netizens blame the scraping on the parking lot's design. But the store has insisted there is no problem with the design, saying, instead, that speeding by drivers led to the scraping.

According to a communications staff, the store has put up deceleration tips at the entrance of the parking lot. But as many store members had reported the problem, Sam's Club has already approached professionals in the engineering department to rectify the ramp.