About 500,000 people are diagnosed with gastric cancer in China every year, and there are 400,000 fatal cases annually.

The causes of gastric cancer are related to genetics, environment, diet and lifestyle, medical experts told the Chinese Gastric Cancer Congress in Shanghai. Early detection and early treatment are key.

Dr Zhang Jun, from Ruijin Hospital, added: "There are about 6,000 new gastric cancer patients reported in Shanghai each year and most cases are people over 60 years old.

"Regular and early screening is important. Since there are no symptoms in the early stage, many patients miss the best treatment opportunity."

"The economic and useful policy has been used on 10,000 residents in Chongming, which has a higher incidence of gastric cancer than that of other regions in Shanghai," said Zhang.

"Without undergoing gastroscopy, people, especially the elderly, are more willing to cooperate. We want to promote it to more regions of the country as a suitable gastric cancer screening technology."

Three agreements were reached during the congress to regulate clinical practice and treatment effects.

"Though there have been breakthroughs in gastric cancer medicine in recent years, the treatment outcome is still limited," Zhu Zhenggang said. "We need more targets to break bottlenecks and we are working very hard toward the aim." 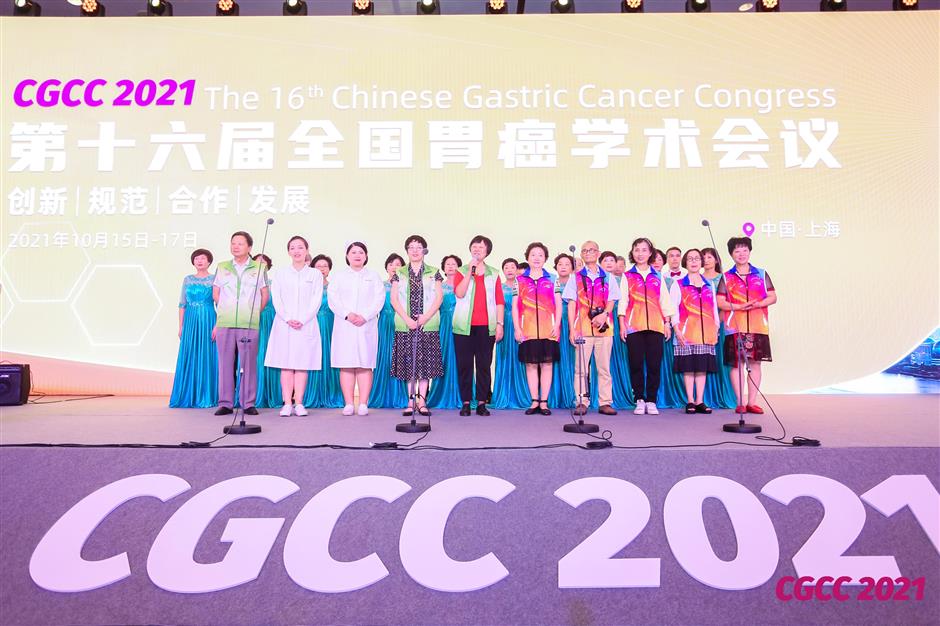 Long-term gastric cancer survivors share their stories at the congress.