As one of China's top art museums, Shanghai Museum has a collection of more than one million precious Chinese works of art and archeological findings, varying from bronze, ceramics, calligraphy, and painting to sculptures and oracle bones.

The ongoing exhibition, "An Everlasting Spring: The Art of Painting and Calligraphy in Shanghai," is being held in celebration of the 100th anniversary of the founding of the CPC. It is the museum's first academic attempt to systematically sort and study Shanghai and Jiangnan (south of the lower reaches of Yangtze River) cultures through 146 works of calligraphy and painting. The works were created more than 1,000 years ago.

Daniel Oloo Ong'ong'a from the Department of Communication Studies at Karatina University in Kenya was fascinated by the dragon patterns on many of the ancient bronze vessels on display.

"In my country, there are also five respected animals – lion, elephant, giraffe, buffalo and leopard, like the dragon in Chinese culture, but ours are real animals," he said.

Donatien Niyonzima, a PhD candidate in media and communication studies at the Communication University of China, from Rwanda, loves visiting museums and studying ancient civilizations.

"They took me back to that period, and I could learn what life was like hundreds of years ago," he said. "From those patterns from the concrete ones to the abstract ones, I could observe the improvement in knowledge and technology."

The night tour was punctuated by the live performances of ancient Chinese musical instruments. Zoon Ahmed Khan, from Pakistan, a research fellow at the Belt and Road Institute of Tsinghua University, was enchanted with the guzheng (Chinese zither) solo show.

"It's so gorgeous," she said. "And these ancient collections give us insight into the past, the people, their habits, their thinking and their systems."

Khan, along with other members of the Global Young Leaders Dialogue, wrote a letter to President Xi Jinping to express her congratulations on the 100th anniversary of the founding of the Communist Party of China, and she received a reply from the president.

"We really appreciate China's achievements, and we also want to learn from China as well, which has set up a good example for developing countries," she said. "For most foreigners here, we are bridges. Some people had biased views before, but when they see and experience China, they will learn to appreciate it and their biased views will cease." 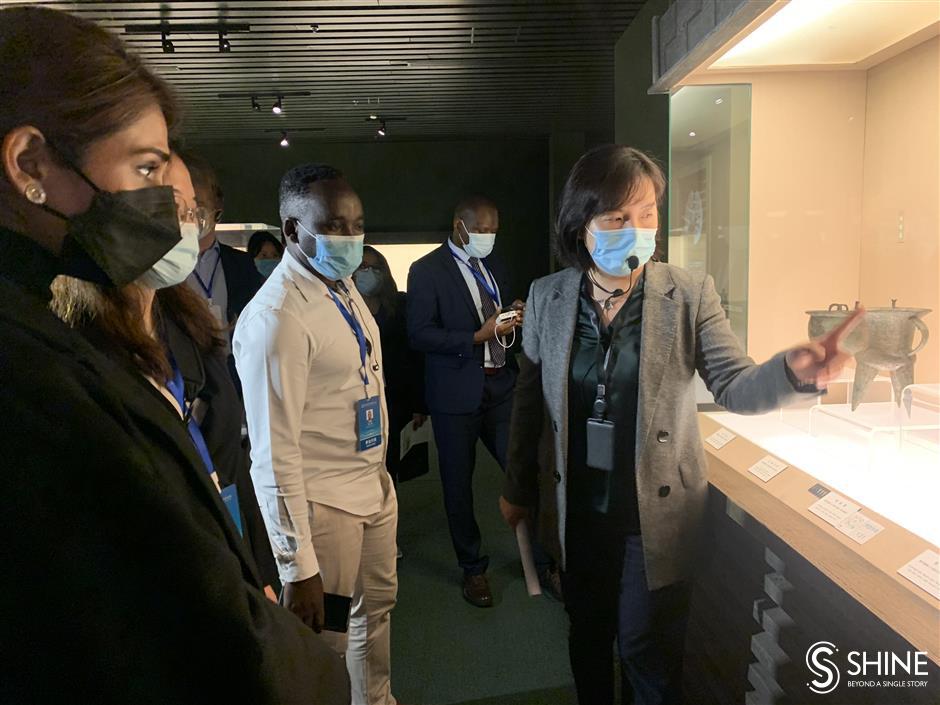