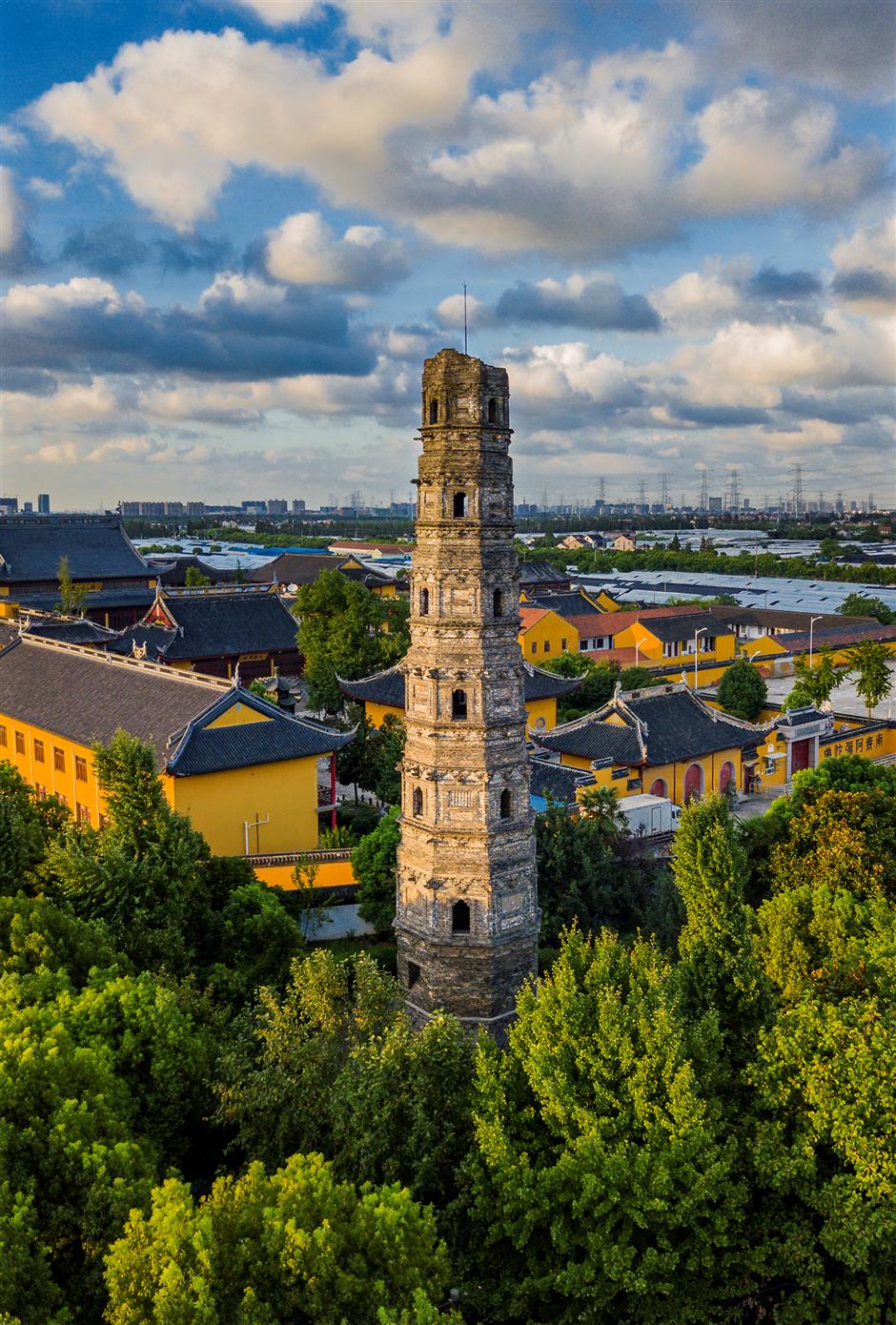 An archeological park will be built at the Qinglong Town ruins site of Baihe in Qingpu District as part of a plan to promote the ancient Qinglong culture, it was announced at a press conference on Tuesday.

In the Tang (AD 618-907) and Song (960-1279) dynasties, the riverside Qinglong Town thrived on the merits of its agricultural strength as well as international trade. Porcelain products from all over China were gathered here and then exported via the Wusong River.

In AD 746, the ancient Qinglong Town was set up as a harbor from where commercial ships sailed to Japan and South Korea as well as other foreign countries.

The town once had three pagodas, seven towers, 13 temples, 22 bridges and 36 neighborhoods, according to archives, all suggestive of its status as a prosperous urban center. 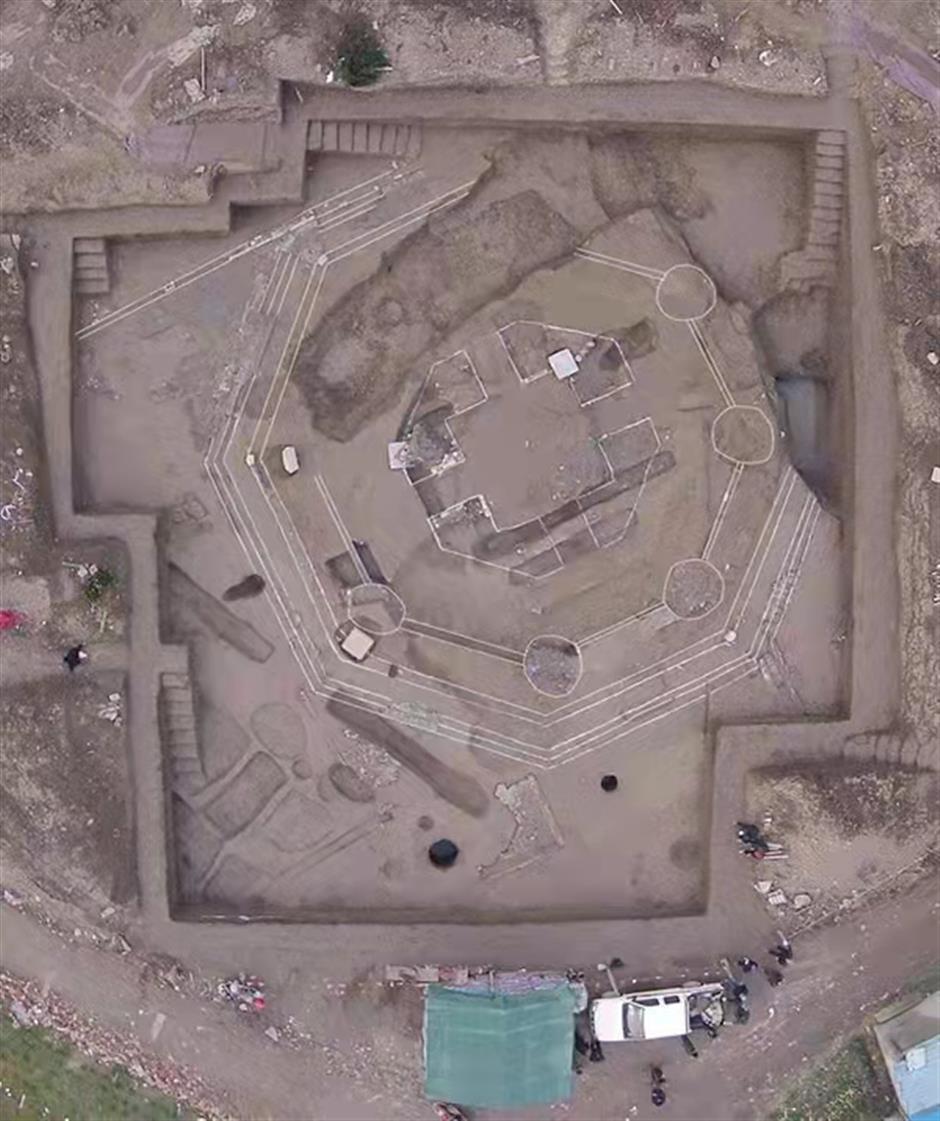 The construction schedule is yet to be announced.

Exhibitions on Shanghai's trade and shipping industry, displays of the Tang and Song dynasties' culture and lifestyle and porcelain-making activities will be featured at the archeological park, according to Chen.

At the Longping Temple area, archeological scenes will be replicated and a historical relic museum will be built.

Another cultural park will be built based on the Qinglong Pagoda and Qinglong Temple, the core of Qinglong culture.

"The Qinglong Town archeological site is an important sign of Shanghai's involvement in the Silk Road and foreign exchange during the Tang and Song dynasties," said Chen.

It was among the 10 biggest archeological discoveries in China in 2016.