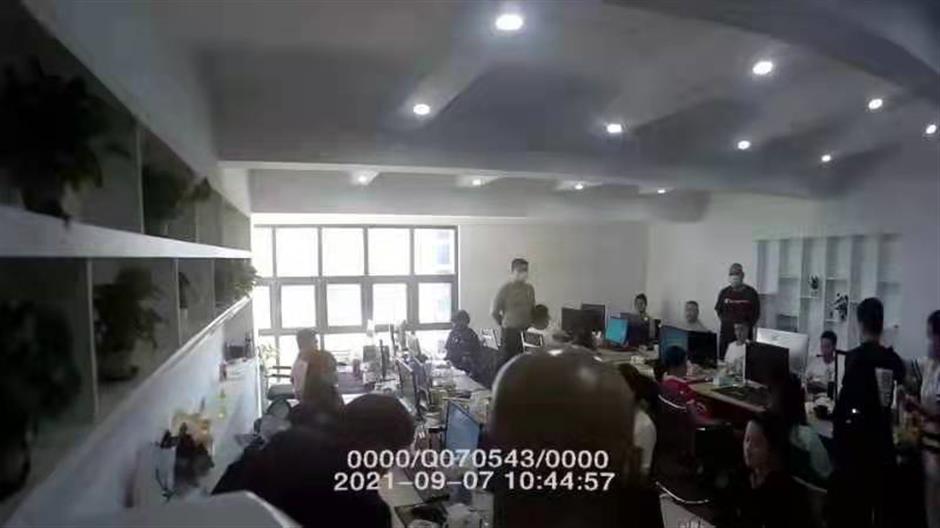 Police rounded up the suspects from several cities last month.

The suspects allegedly earned 30 million yuan (US$4.7 million) by charging their customers money for services they didn't need.

Police in Changning District started their investigation after a man surnamed Ni reported his case to them earlier this year.

Ni said he searched for mobile phone repair services on the Internet after his phone developed a cracked screen and contacted an online service provider which appeared in the first search results.

Ni was told that 200 yuan (US$31) would solve his problem and he was asked to take his phone to a repair shop in an office building near Zhongshan Park.

However, at the shop, he was told that the inner screen of his phone was also broken and advised to replace it with an "authentic screen" for 3,200 yuan. He paid the money and got his phone fixed.

Not long after, his phone broke again, and at another phone repair shop, he was told that the inner screen of his phone was never changed and had no problem.

Ni was not the only victim of the suspects.

A woman surnamed Gao told police that she spent 4,000 yuan for changing her phone's mainboard at a repair shop in Huangpu District after contacting the same online service, and later found out that the mainboard was never replaced.

After an investigation, police found that the online service provider was a company based in southeast China's Fujian Province which had 15 Internet stores and 20 phone repair shops in six cities.

The suspects allegedly defrauded people by first attracting them online with low repair costs and then charging them high fees, when they visited their shops, with false claims about the problems with their phones.

The suspects were rounded up in several cities last month.