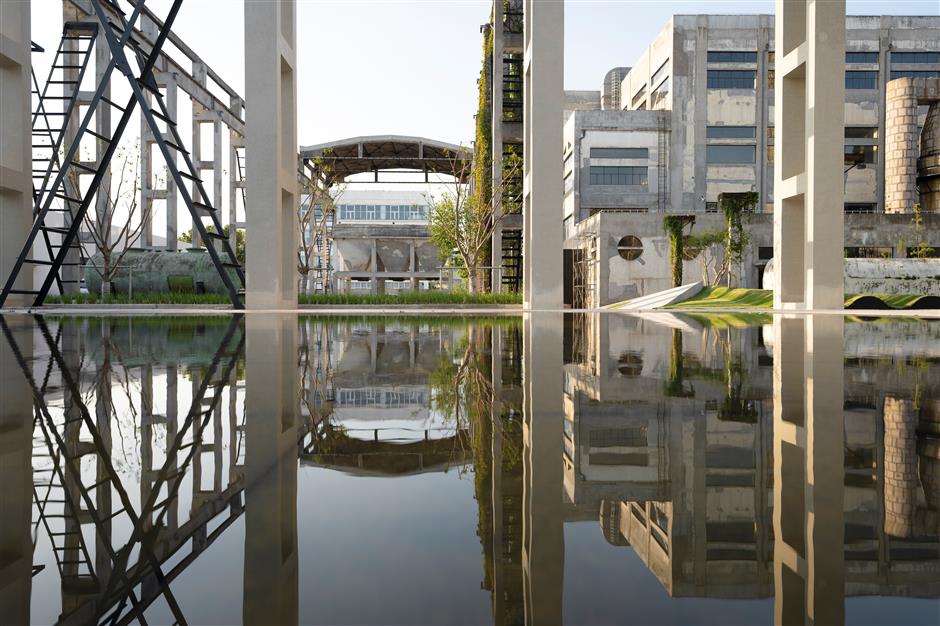 A station once supplying steam to over 30 nearby factories on Shanghai's outskirts has been converted into a leading digital art center to focus on art created by artificial intelligence.

The Aiiiii Art Center, initiated by the Art & Artificial Intelligence Lab of the Tongji University College of Design and Innovation, officially opened to the public on Thursday at the Heating Station Digital Art Community.

The art center launched by Zhang Zhoujie, a professor at the college and renowned digital artist, is based in the former heating station built in 1990s for the Xinzhuang Industrial Park in Minhang District.

The former steel and concrete frames of the factory have been preserved along with the tall chimney as well as a long and narrow coal delivery tunnel, which connects the art furniture workshop of Zhang and the art center. The high inner space and thick concrete pillars provide abundant space for art exhibits created by AI. 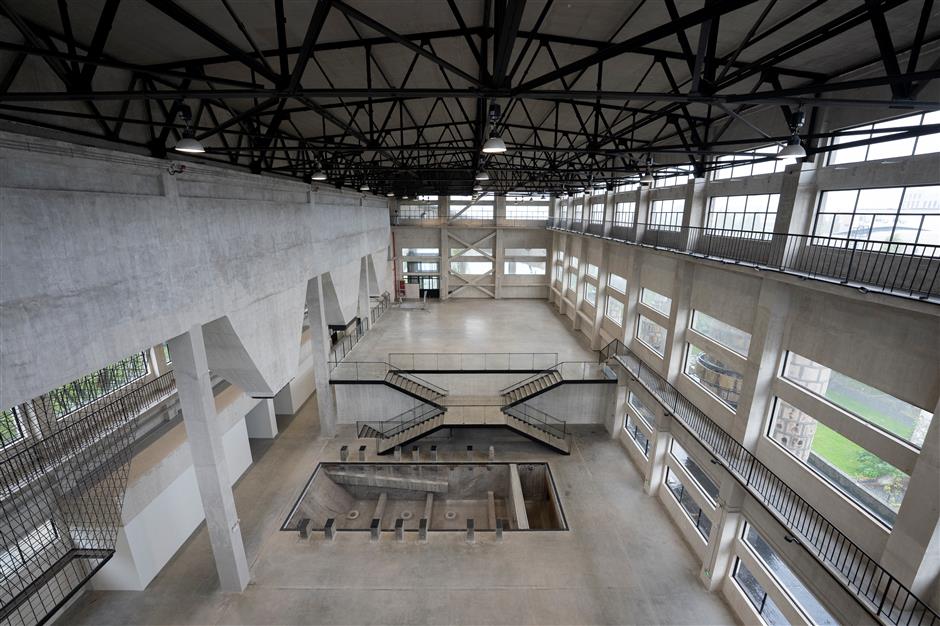 The former factory building has been transformed into an exhibition hall for artworks created by AI.

"AI is expected to become the source of art creativity in the next decade," said Zhang. He said the center will become a laboratory for digital design, an incubator and exhibition platform for AI art as well as a community to attract both artists and scientists.

The contest between AI and human made him believe the art creation of machines will be far more powerful than human artists.

He later initiated the lab at the college along with two of the world's top AI experts, Filippo Fabrocini and Kostas Terzidis, to develop intelligent algorithms for innovation and art creation. The experts now serve as academic counsellors for the art center.

As the Minhang government began transforming the lagging industries at the Xinzhuang park in 2020, Zhang was invited to redevelop the industrial heritage to explore the future image of digitalized life, along with other experts and professionals.

The inaugural exhibition "The Book of Sand" was launched on Thursday to mark the opening of the art center at 800 Chunxi Road.

The industrial heritages have been largely preserved.

The exhibition was created jointly by machines and humans. It is the outcome of the machines interfered by human creation and artistic practice, said Li Qian, the curator of the exhibition. It will open to the public free through April 11, 2022.

A portrait created with AI made a historic appearance on the auction block at Christie's in New York City in 2018 – the first artwork created by an algorithm to be offered for auction in the world of fine art.

The artwork titled "Portrait of Edmond De Belamy" was auctioned for US$432,000. To generate the portrait, scientists trained the AI to recognize visual elements in fine art with 15,000 images painted between the 14th and 20th centuries. 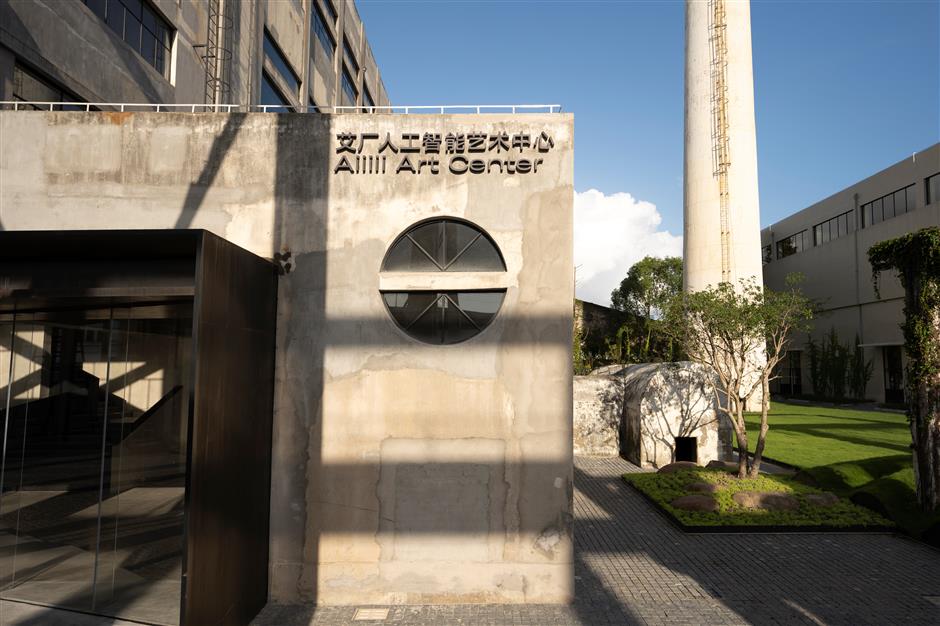 An art installation of the inaugural exhibition "The Book of Sand."

An art installation of the inaugural exhibition "The Book of Sand."