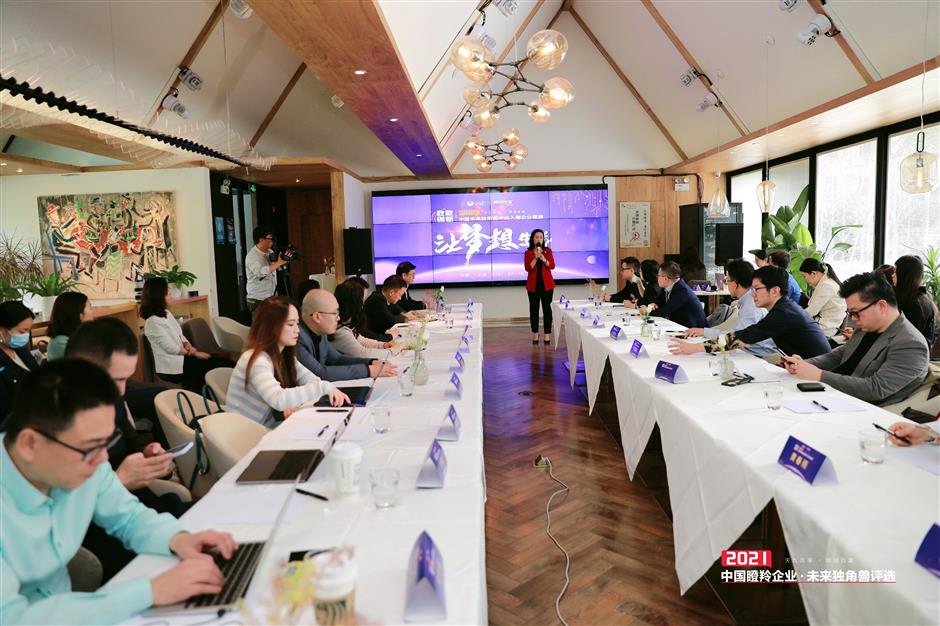 A roadshow event in Shanghai for startup firms to showcase their innovative projects and accept suggestions from a penal of experts.

A major incubation program recently launched in Shanghai, Beijing and Shenzhen aims to incubate 100 unicorns: privately held startups valued at over US$1 billion each.

According to TOJOY Global CEO Ge Jun, the program will offer market expansion, promotion, management consulting and digitalization services for startups to help them grow rapidly.

"The incubator has developed a platform gathering all kinds of resources, including hundreds of fund management firms with around 1 trillion yuan (US$156 billion) in funds and the shared experience and business resources of over 1.5 million registered successful entrepreneurs," said Ge. "A new ecological system will be created for the startups as they access these one-stop services."

Many startup firms and innovative projects have been developed across the country to answer Premier Li Keqiang's call to "set off a new wave and trend of entrepreneurship." 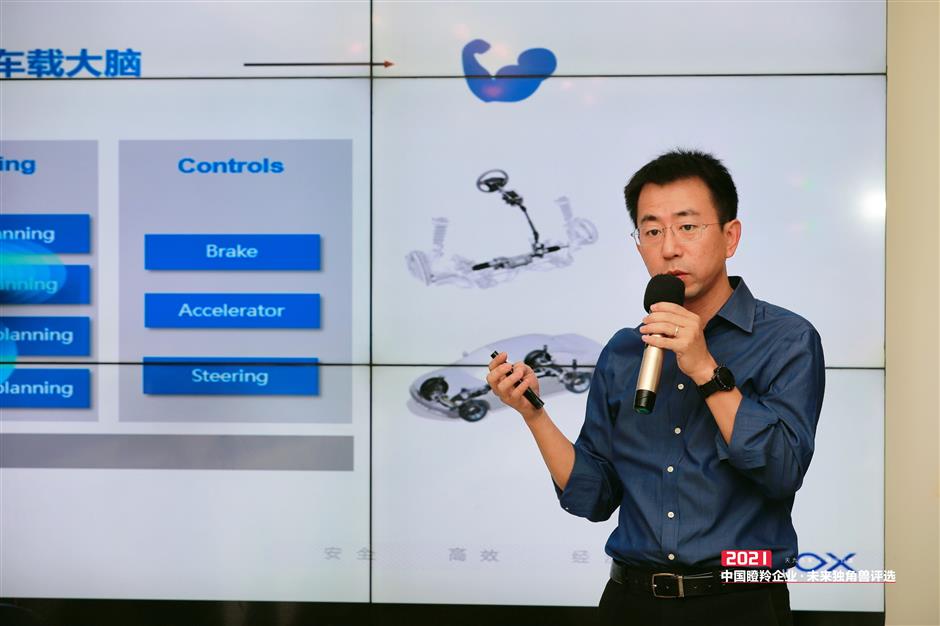 Selected startup projects will be showcased on TOJOY's Boss Cloud app to source investment and cooperation partners. They will also appear at a variety of investment events. Organizers expect that the startups can thus reach agreements with hundreds of clients and business partners.

"Successful entrepreneurs will share their resources, networks, experiences, teams and funds to cooperate with these startups for market expansion," said Ge.

The program seeks to inject economic vitality into key business regions, such as the Yangtze River Delta through its Shanghai location.

In July, TOJOY and the Hurun Report launched a program to recognize high-growth "gazelle" companies, which have the potential to become unicorns. Each candidate project presents to a panel of experts, with the final list of winners to be announced in Shenzhen in early December and enrolled into TOJOY's acceleration program.

According to Ge, over 300 unicorn or quasi-unicorn companies are being incubated and accelerated on TOJOY's platform currently. The companies come from a wide variety of new economy fields. 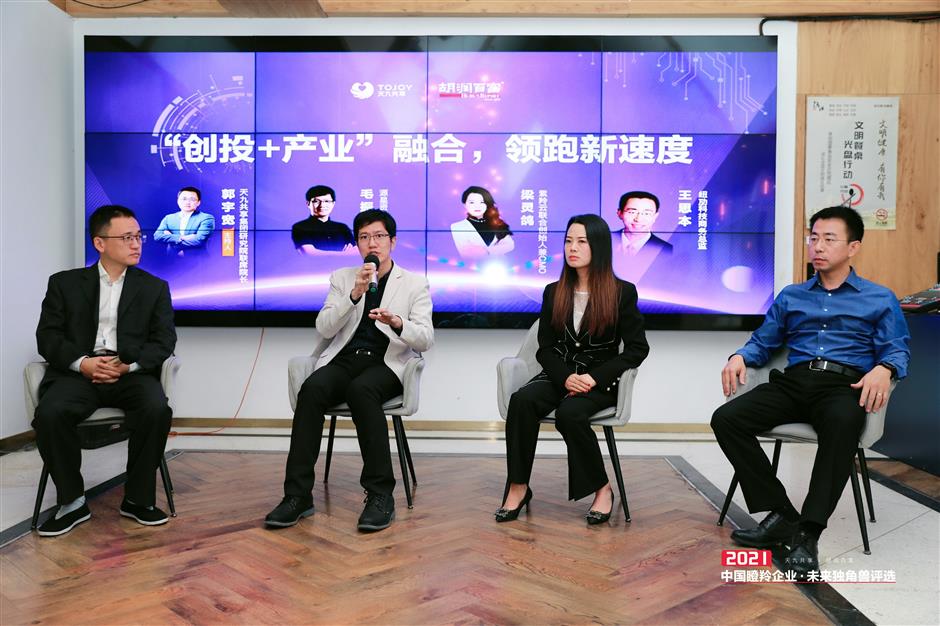 A panel discussion for experts and entrepreneurs to share views.

"Many of the firms are expected to become a new driving force for China's innovation sectors. They are looking for support and access to growth resources during the ongoing transformation of China's economy," said Ge.

The selection campaign has already identified some gazelle companies with estimated values of over US$500 million. According to TOJOY, they have the potential to become unicorns within three years.

Some "cheetah" companies have also been identified. These companies have enjoyed a quick spurt of growth, but have limited access to additional resources.

"These small- and medium-sized firms have managed to get through the 'survival period' and achieved steady growth, but still need support from platforms like TOJOY," said Ge.

Founded in 1991, TOJOY has become China's largest business accelerator, with offices in 40 cities around the world.

"A successful entrepreneur must have a sense of innovation and be in touch with the trends of the times. They should also have unique vision to grasp opportunity quickly and accurately," said Ge. 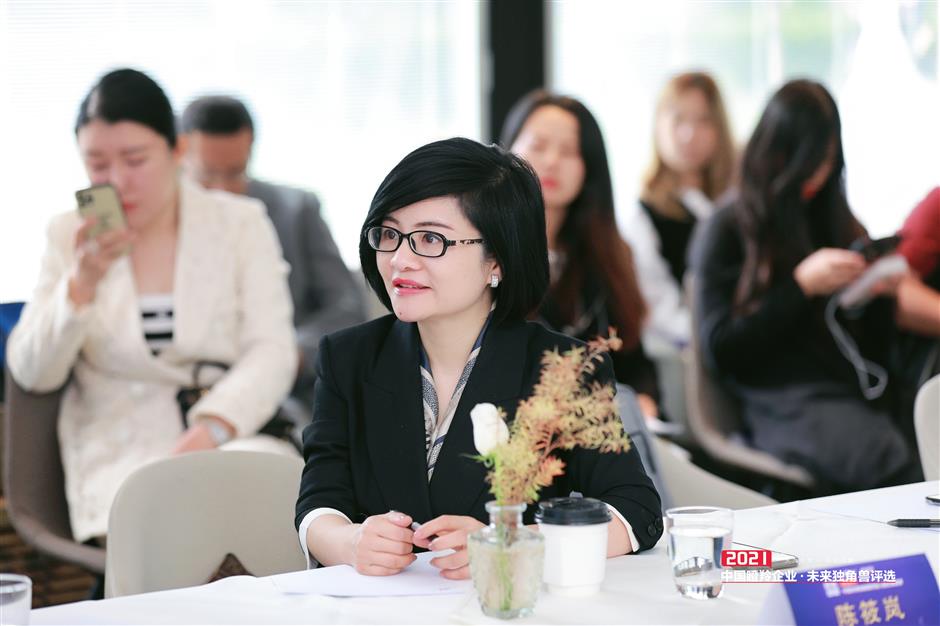 Judges listen to the presentation of startup projects.