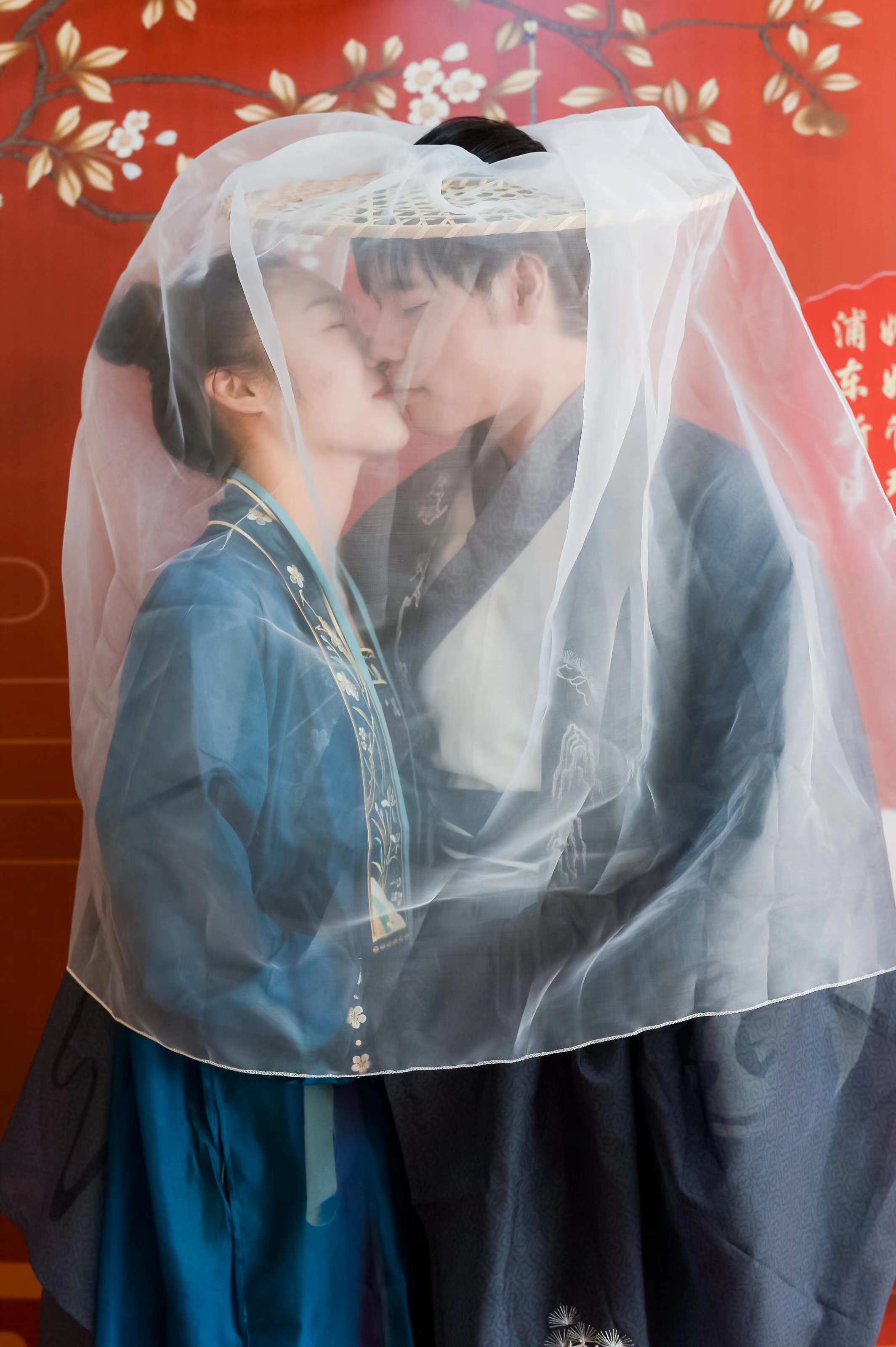 Lovebirds in Shanghai are being offered a sweet and unique celebration to capture the once-in-a-lifetime moment in their life.

And walking into the Pudong New Area Marriage Registration Center, people may feel like they are stepping into a film studio.

A unique Gufeng (Chinese ancient style) marriage certificate issuing ceremony was launched by the center on Thursday, the Double 11 day which is a popular date among Chinese couples to exchange vows.

Lovebirds can try a variety of Gufeng costumes, use props such as pipa and flute, traditional Chinese musical instruments, and take a set of photos, all for free.

They can also design and draw fans and bookmarks as props when taking photos as arranged by the center.

"We drew two birds on the fan, symbolizing flying together, with the wish of being together through the rest of our life," said a bridegroom surnamed Liu, 28. 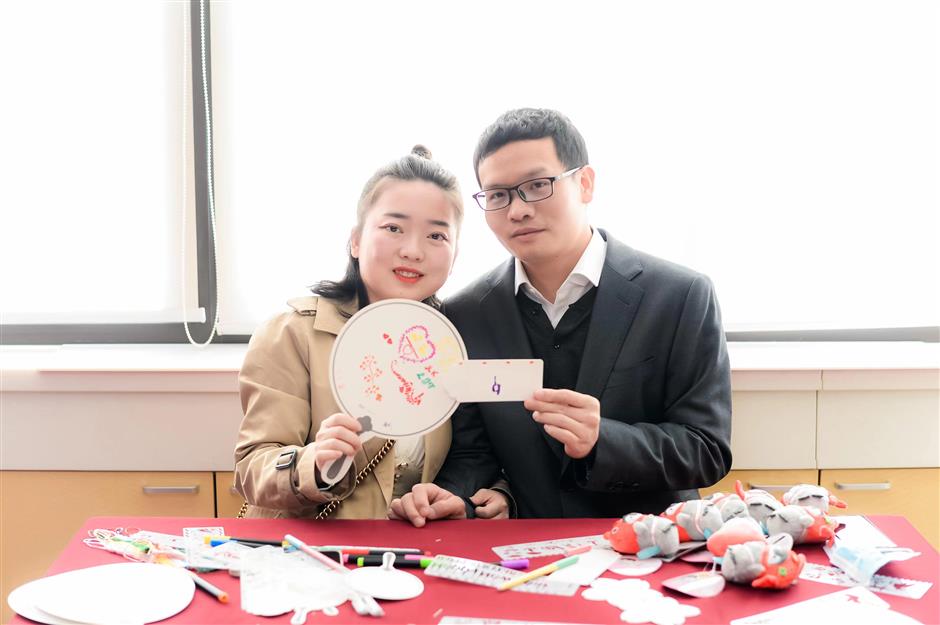 A couple shows a fan they drew together.

A bride surnamed Mi, 25, was the first to try the costumes.

"I felt like I was a swordswoman during the shooting process, giving me more courage on the future marriage road," she said.

The event aims to enrich couples' experience and enhance their sense of ritual when they receive their marriage certificates, the center's officials said.

Double 11 is not only a date for shopping, but it is hoped that the lovebirds can be loyal and single-hearted in marriage as the meaning of number 1 conveys in China, they said.

It is also hoped that the lovebirds will have a special and beautiful memory of the moment with the unique ceremony design, officials said.