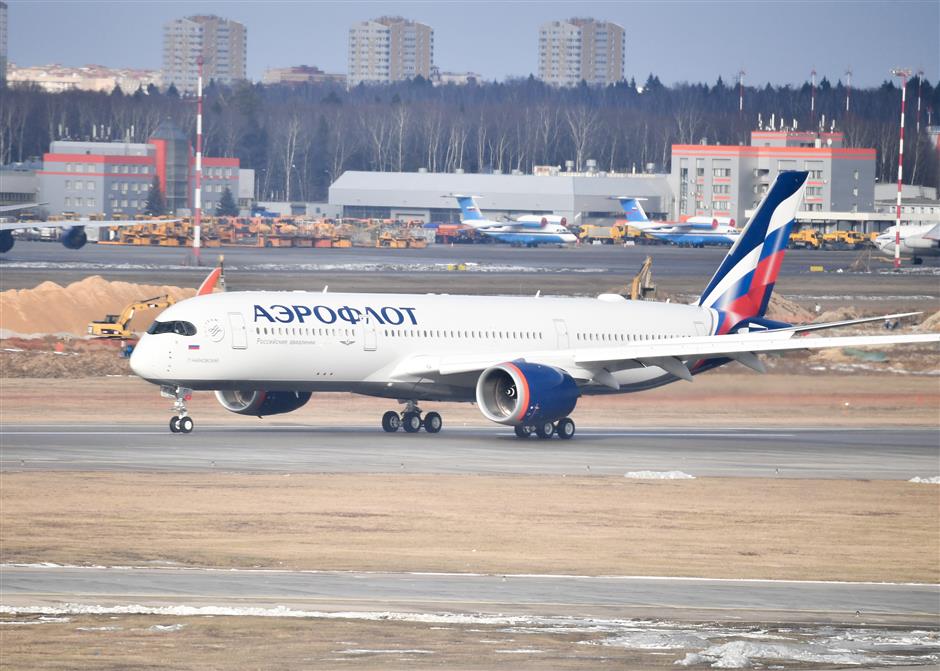 Two international flights to Shanghai have been suspended for two weeks by China's civil aviation regulator.

Lufthansa's Flight LH728 from Frankfurt to Shanghai will be put on hold from November 15 after five passengers on a flight from Germany tested positive for COVID-19 on October 26, the Civil Aviation Administration of China said on Thursday.

Aeroflot-Russian Airlines' Flight SU208 from Moscow to Shanghai, which has been suspended multiple times, will be grounded from November 29 after another five passengers on a flight from Moscow tested positive for COVID-19 on October 29, the administration said.

The Russian airline was earlier punished by the CAAC in August and June, when, too, five passengers each time tested positive for COVID-19 after arriving at the Shanghai Pudong International Airport.

In May, the airline was penalized as eight passengers tested positive for COVID-19. It was forced to cap the load factor, or percentage of seats filled, to no more than 40 percent for four weeks.

Last December, the flight was again suspended for four weeks as 11 people on board tested positive.

The CAAC has asked the airlines to work together with local consulates to appease the travelers and offer refund services.

The CAAC launched its suspension mechanism for international passenger flights in June 2020, and updated the policy last December to further contain the spread of the novel coronavirus.