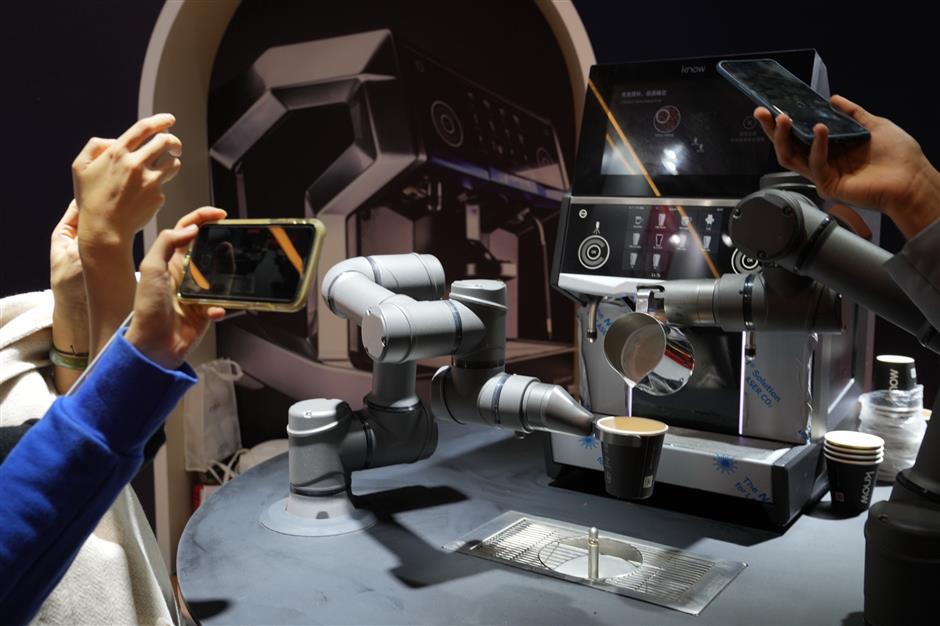 A coffee robot of DeLonghi, a consumer electronic brand from Italy, made its debut at the 4th China International Import Expo, which concluded in Shanghai on November 10.

Shanghai's northwest Putuo District has attracted 15 foreign investment projects through the four editions of the China International Import Expo since 2018, the top official of the district said on Monday.

Nine overseas projects have also expanded their investments in the district thanks to the "spillover effect" of the CIIE, according to Jiang Dongdong, Putuo Party secretary.

During the 4th CIIE that wrapped up last week, Putuo's trade group signed deals totaling US$601 million with exhibitors, more than double than that of 2020, Jiang revealed.

Despite the COVID-19 pandemic, the district ranks among the top for the amount of overseas investments this year. It attracted US$1.2 billion in overseas investment between January and October, a 14.22 percent increase year on year.

DeLonghi, a consumer electronic brand from Italy and a constant CIIE exhibitor, has moved its China headquarters to Putuo.

Consumers in Europe prefer hot coffee, while their United States counterparts like ice coffee. Through the CIIE, the brand learnt that Chinese consumers require both hot and cold drinks. The firm developed a special coffee machine for the China market. The product has gained great popularity, Zong said.

The brand launched its new artificial intelligent coffee machine which can recognize coffee beans, along with a coffee robot during the CIIE this year. The promotion on the CIIE increased the firm's business volume by 80 percent during the Single's Day shopping frenzy this year, according to Zong.

Putuo hosts the longest frontage area of Suzhou Creek in downtown Shanghai, stretching 21 kilometers. Chinese entrepreneurs built national industries, including textiles, flour, beer, minting, printing and clothing facilities, along the most zig-zagged section of the creek, known as the "18 bays."

Putuo has made it one of the top priorities on its agenda to improve the environment, since foreign investors and companies have high requirements for living and working conditions, according to the district government.

The district has penciled in an upgrade of its waterways and riverside regions, a plan to create additional parks and increase safety standards in old residential communities and improve its roads. 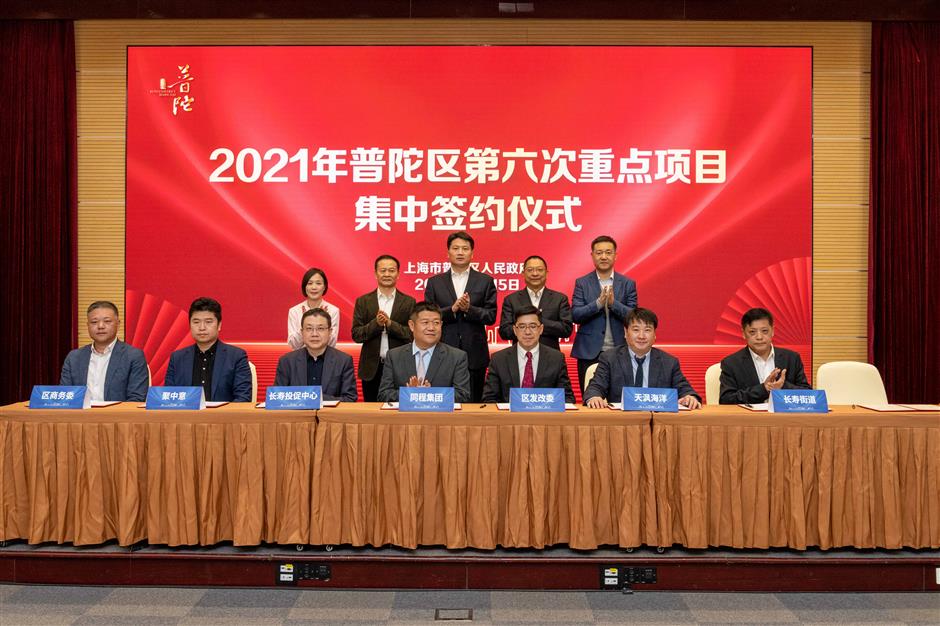 Some participants at the recently-concluded 4th CIIE signed investment agreements with Putuo government bodies as well as towns and subdistricts.