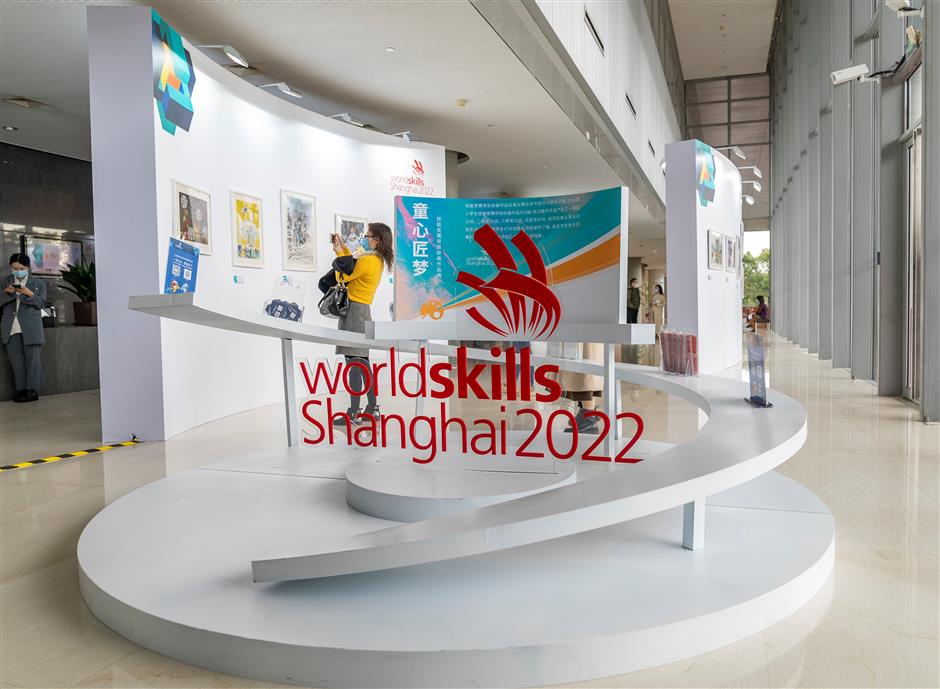 "The Power of Skills" exhibition kicks off on Wednesday at Pudong Library.

Animated videos and paintings on the theme of skills to be shown by competitors from around the world at the 46th WorldSkills Competition next year are on display at Pudong Library.

"The Power of Skills" exhibition kicked off on Wednesday and will run through the end of the month.

The display features the winning and outstanding entries from an animation and painting competition on the theme of skills for the 46th WorldSkills Competition. The event is scheduled to take place for the first time on the Chinese mainland next year, with Shanghai the host city.

The exhibition pays tribute to skilled people and shows their expertise from a different perspective to that of vocational professionals.

There are three sections in the exhibition.

They cover all of the competition's 63 skills in six categories – manufacturing and engineering technology, information and communication technology, construction and building technology, transportation and logistics, creative arts and fashion, and social and personal services.

Among them, videos about new skills to be included in the 46th WorldSkills Competition, such as rail vehicle technology, Industry 4.0 and mobile applications development, are displayed in a separate area. 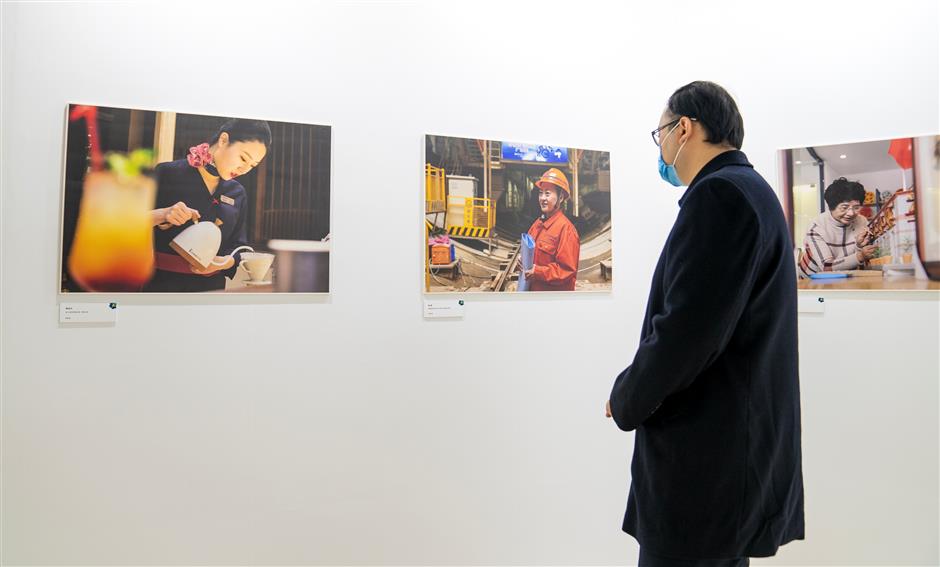 Photos of skill masters are featured in the exhibition.

The skill masters include not only those who have taken part in the WorldSkills Competition – such as Chen Yifan, who won a medallion for excellence in the Restaurant Service category at the 44th edition, Xu Aomen and Lu Yiwei, the auto-body repair champion and floristry winner at the 45th event – but also sophisticated masters such as Li Yan, China's famous tunnel shield technology expert, and Jin Guoping, a technician at Baosteel Group and winner of the 15th China Skills Award.

The third section features 60 paintings by primary school students in Shanghai. Thirty-five schools, which will be matched with WorldSkills Member teams during the skills competition, submitted a total of 435 paintings. Ten of them won first prizes, 20 got second prizes and 30 won third prizes. Another 80 were awarded honorable mentions. 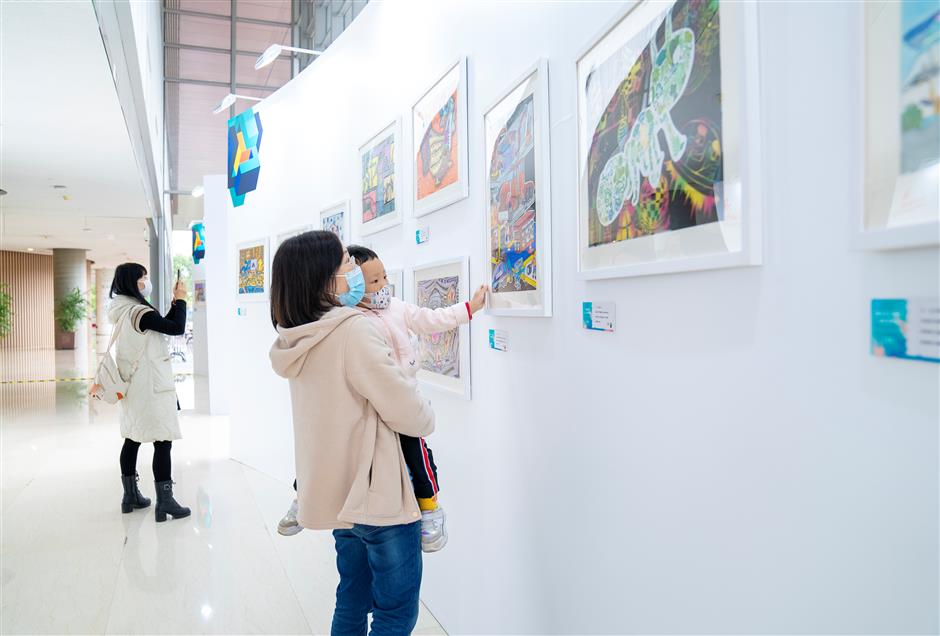 Visitors look at paintings about skills by primary school students

The animation and painting competition is a promotion for the "One School One Member" program, which is held in conjunction with the WorldSkills Competition. Schools in the skills competition host country are matched with a WorldSkills Member country or region.

In class, students learn about the values, traditions and culture of the WorldSkills Member that they have adopted, as well as information about the skills careers represented in the competition.

The students and competitors meet on the day of the opening ceremony of the skills competition when students welcome the competitors at their schools.

The competition gives students not only a better understanding of skills but also a platform to show their creativity and learn from each other in video production and creative art.

"The participating students will remember they have taken part in such a competition, in which they have found there are so many skilled people in our everyday life," he said.

"They have also realized how important skills are, how hardworking the skilled people are and how precious artisanship is."

The exhibition will move to the International Table Tennis Federation Museum on December 2 and will stay there till January 3.

The videos and paintings will be displayed at the National Exhibition and Convention Center (Shanghai), the venue for the 46th WorldSkills Competition, when competition is taking place on October 12-17 next year. Participants to the event will be invited to vote for their favorite animation.