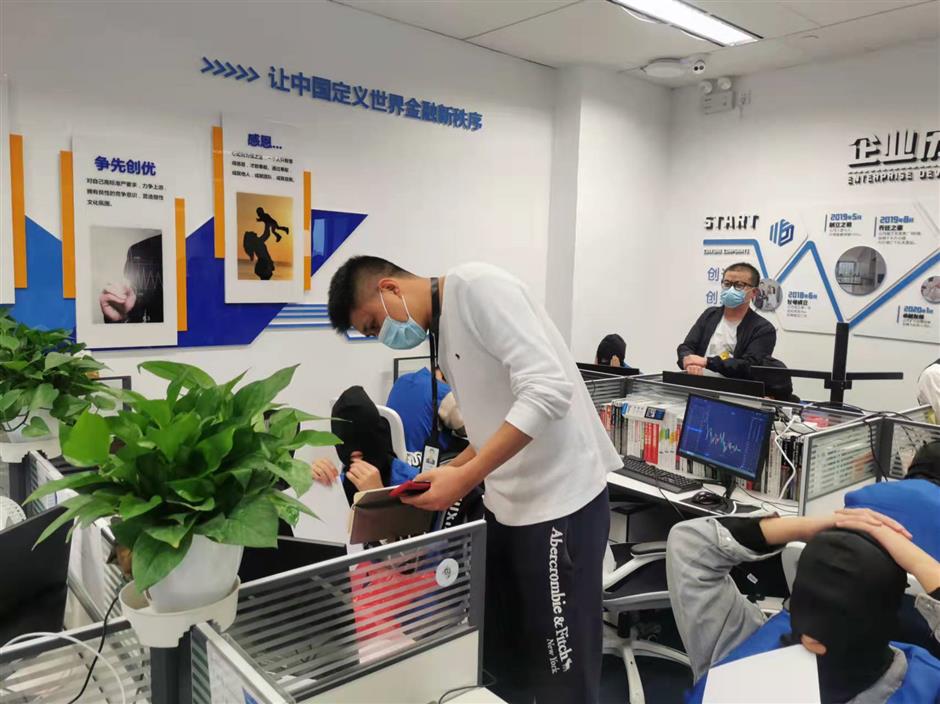 A total of 94 suspects have been caught for allegedly fraudulently using futures transaction software, Shanghai police said on Thursday.

The suspects allegedly sold the software to their clients for over 20 million yuan (US$3.1 million) and claimed it would ensure monthly profits of 20 to 30 percent.

The clients were recruited from the Internet and asked to pay 3,200 yuan for a "monthly version" of the software, which was developed by the suspects. They were then invited to join a WeChat group in which all other accounts were operated by members of the gang, police said.

The group members held active discussions about profits made from the software and sighted edited images of transaction records which didn't exist, according to the police.

Afterwards, the clients would be asked to pay 37,700 yuan for an upgraded version of the software, and some did.

The leader of the scheme, a man surnamed Cai, had no education or work experience in finance and developed the software solely by Internet searches.

The "strategies" of transaction sold to the clients were nothing sophisticated, and most of the clients ended up losing money, police said.

The suspects were raided by police from Songjiang District last month, with 89 of them now placed under restrictive measures pending accusations.