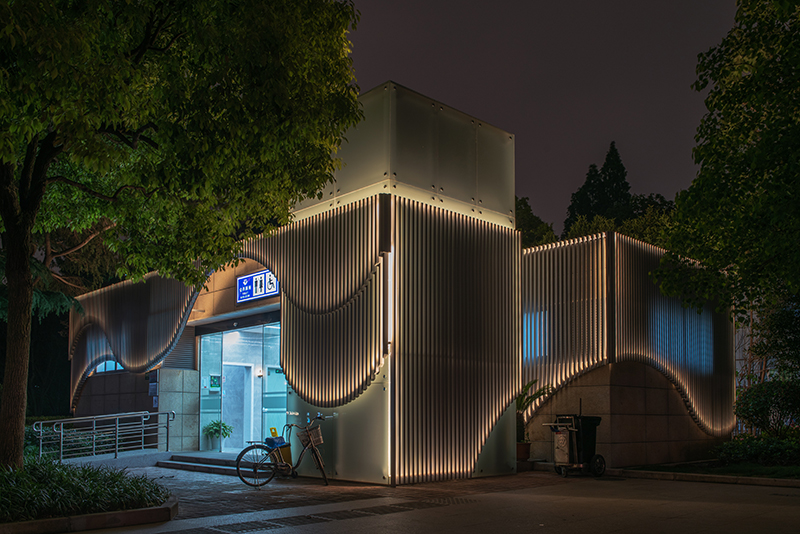 Twenty public toilets in the city were "crowned" the "most beautiful toilets of Shanghai" on Thursday.

Public toilets have become a beautiful landscape of the city and they are user-oriented and smart, authorities said.

About 160 work units submitted their recommendations since the WC competition was launched in October and 40 topped out as potential candidates based on experts' evaluation.

They are decorated with varied pictures and have introduced face recognition, smart cubicle guide and sensor systems to create a pleasant, convenient and non-contact experience for users, officials said.

The 682 Lingling Road public toilet features a wave design of a swimming pool as it is close to Xujiahui Sports Park, while the Xueronghua Road public toilet uses coated glass on its facade to ensure permeability, natural lighting and low carbon. 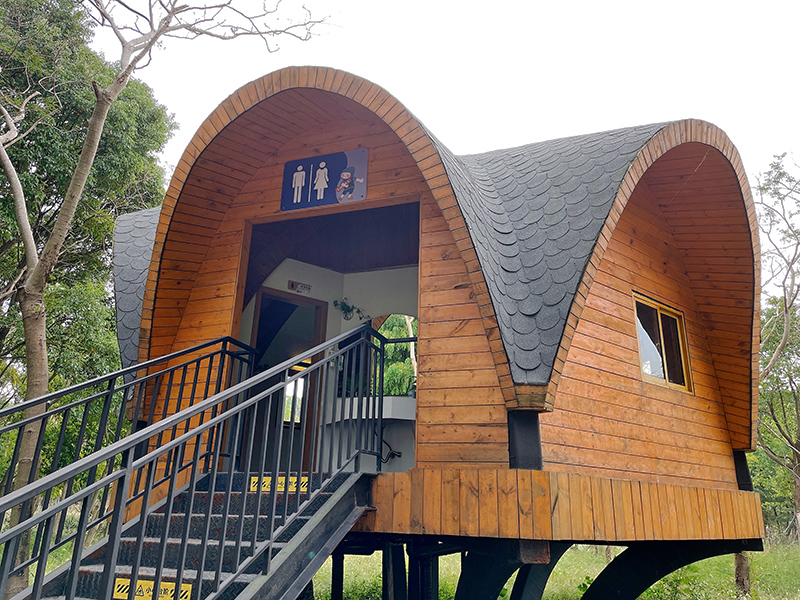 "There is more consideration given to eco-friendly functions at public toilets now," said He Jialiang, deputy director of the Shanghai Public Sanitation and Environment Quality Monitoring Center.

"They have good lighting and ventilation conditions and ensure reasonable ratio of men's and women's cubicles.

"Smart systems enable people to learn the occupancy rate of cubicles in real time as well as the temperature and humidity level of the toilet and a refined cleaning approach has been implemented at city public toilets.

"After every use, a cleaning process follows."

Five other public toilets in the city were honored for their unique features.

Among these, a public toilet at Caojing Countryside Park won the title for resembling a tree house, surrounded by nature.

"They are more environment-friendly, energy-saving and human-oriented with the needs of children and seniors considered in their design," he added.

The event, in its sixth year, was jointly organized by the Shanghai Administration of Culture and Tourism, the Shanghai Greenery and Public Sanitation Bureau and the Shanghai Civilization Office.