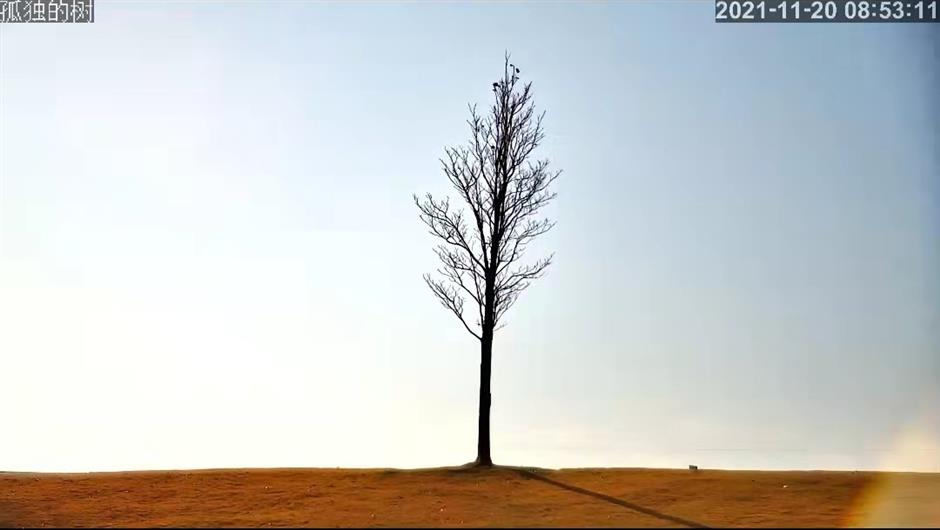 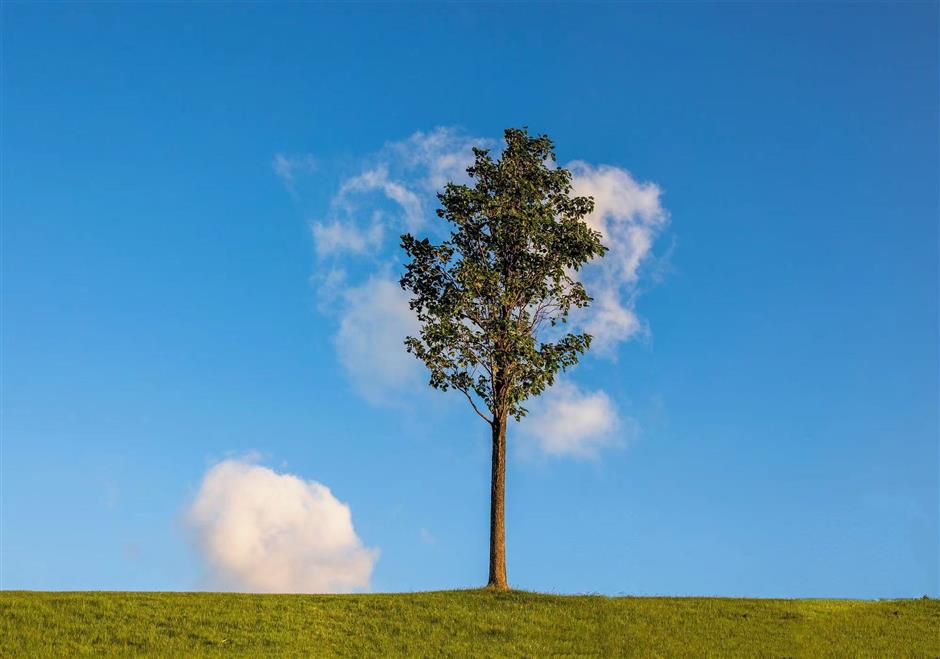 A tree stands alone on a grassy slope under a blue and white sky, presenting an aesthetic but bleak and lonely picture.

It is the scene of a round-the-clock livestreaming event which has lasted for three days. The "lonely tree" at the Chenshan Botanical Garden in Songjiang District is the only character.

Sometimes, a few birds flew past, or the tree was bathed in sunlight. Sometimes, people posed in front of the tree.

All these images are available on your mobile phone. Wherever you are, the tree is always there with a click.

The garden operator decided to create a livestreaming event and allowed bullet-screen comments.

Netizens can decide whether to make their "tree hollow" messages secret or public.

A unique connection is created and the tree turns out to have a warm existence. Hundreds of messages have flocked in.

"The tree is lonely, and people are lonely. If they are together, they are not lonely", "I feel lonely enough to watch the tree all day long", "I miss you", "I love you", are some bullet-screen comments that have been posted.

The tree is close to the No. 1 entrance of the botanical garden. It is a Catalpa speciosa, originally native to the United States.

In fact, the tree is not the only one on the grassy slope, but the "loneliness" originates from the distance among the line of Catalpa speciosa there.

Wang Yuanyuan, a staff member at the botanical garden, said the livestreaming will continue.

"There are many healing and warm bullet screen comments," she said.

Zhang Zhe, another staffer with the garden, added: "The livestreaming aims to increase the interaction with people and emotional connection after the tree gained popularity online." 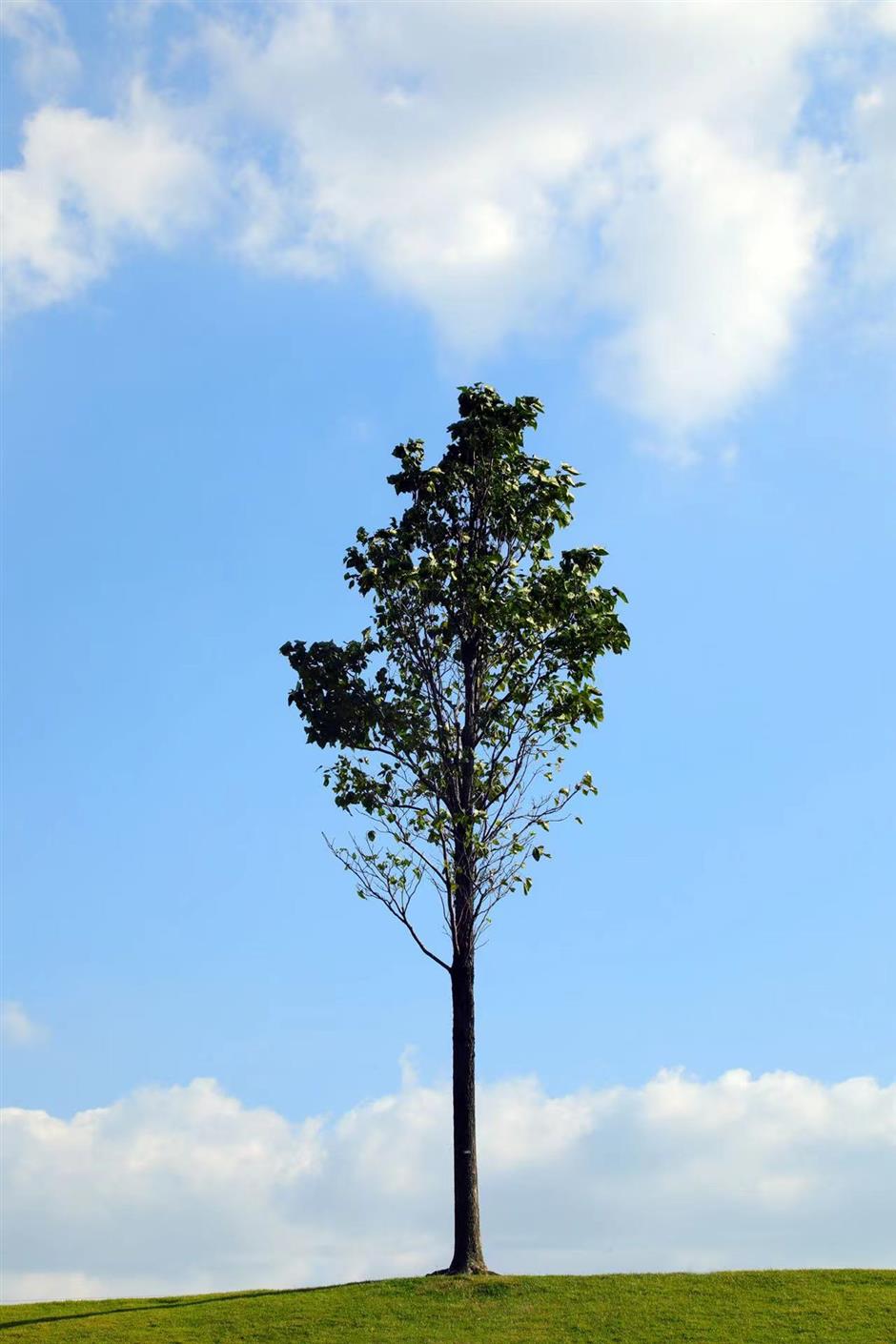 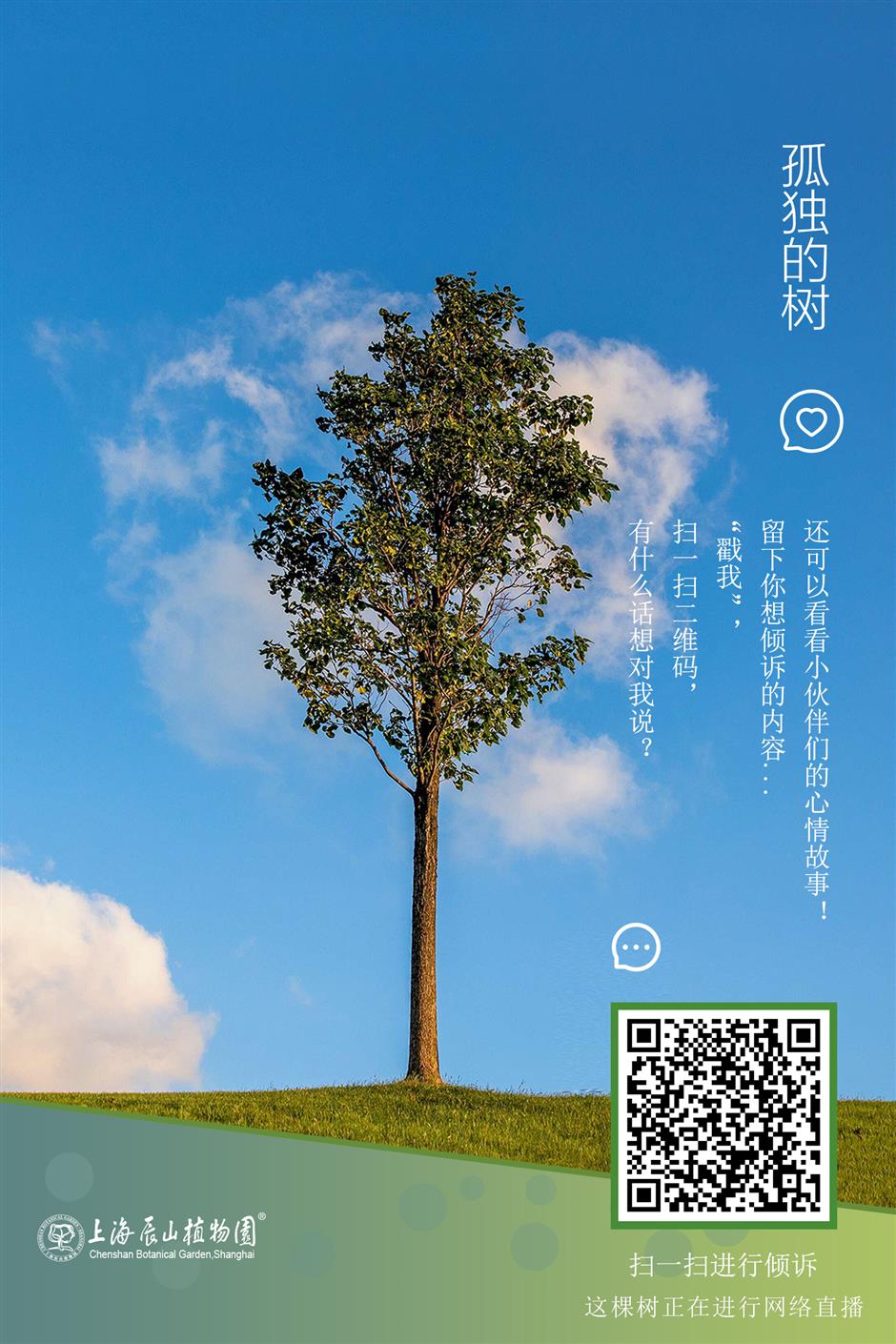 Scan the QR code for the livestreaming of the tree.