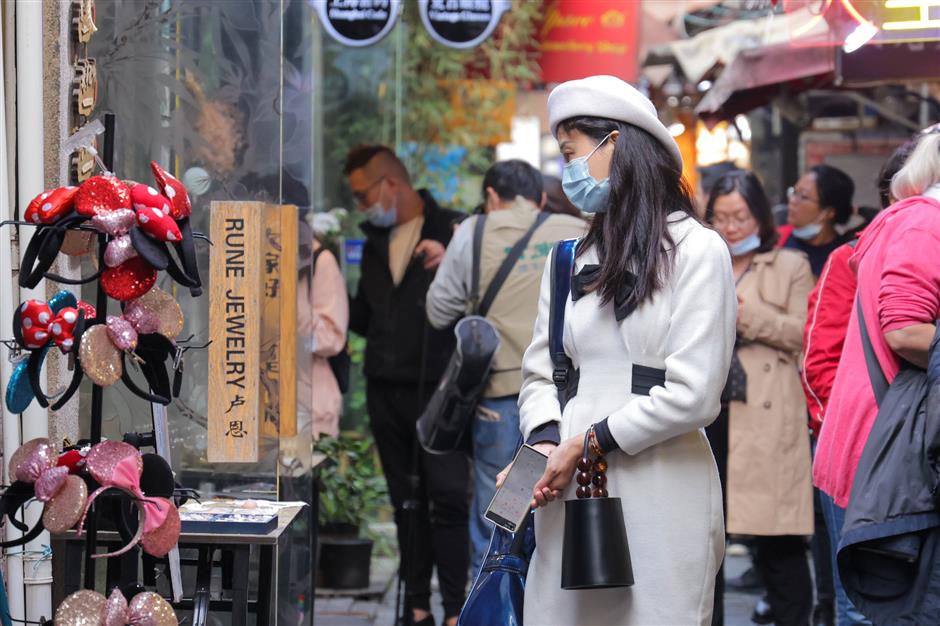 Many visitors were attracted to Tianzifang with the launch of the tourism activity over the weekend.

Tianzifang, a renovated shikumen area in Shanghai's downtown, is an ideal example of how to protect the city's unique stone-gate communities.

Unlike Xintiandi, where the original residents were displaced, residents in Tianzifang rent part of their apartments on the ground floors to art galleries and fashion stores, while others still live a traditional lane-style lifestyle.

A micro-tourism event was launched in Tianzifang in Huangpu District over the weekend with a recommended sightseeing route released.

As part of the i-Travel Huangpu series of activities, the official route covers 21 of the most characteristic sites for culture, art and shopping.

Citizens and tourists can get a free map of the route from the Shanghai Tourist Information & Service Center on Taikang Road during the travel event to run through January 31, 2022. Visitors can receive coupons and discounts from Tianzifang stores by clocking in all the sites marked on the map. 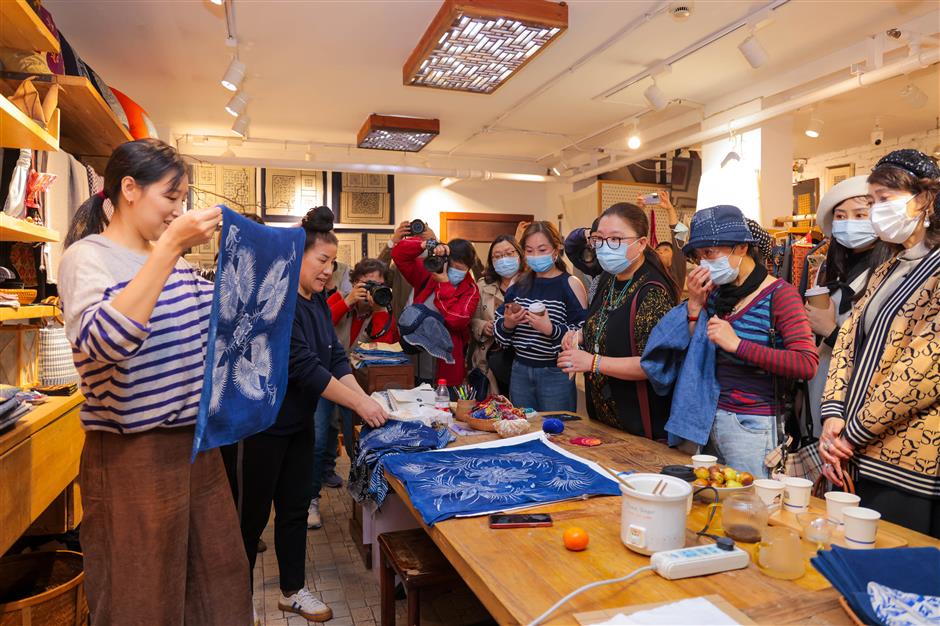 Visitors rush to a cloth dyeing store in Tianzifang.

The sites include the workshops of famous artists He Youzhi and Li Shoubai, the Tianzifang Art Center, as well as many traditional stores featuring heritage skills such as paper-cutting and fan making.

Tianzifang on Taikang Road comprises several lilong, or lane-style neighborhoods including a shikumen complex called Zhichengfang that was built in 1933. It is home to galleries, boutique shops, cafes, bars and restaurants.

Famous local painter Chen Yifei and photographer Er Dongqiang became the first group of artists to open workshops in the Tianzifang over two decades ago. The fame of the artists made the shikumen community a popular cultural landmark and tourist destination.

Ruan Yisan, a professor at Tongji University and expert in the preservation of historical buildings, once recommended Tianzifang as an ideal example on the protection of shikumen buildings, because part of the residents and traditional lifestyle have been retained.

Strict disinfection and COVID-19 prevention measures have been released for visitors, business runners and residents. Visitors are required to show their health code, check temperatures and wear masks. 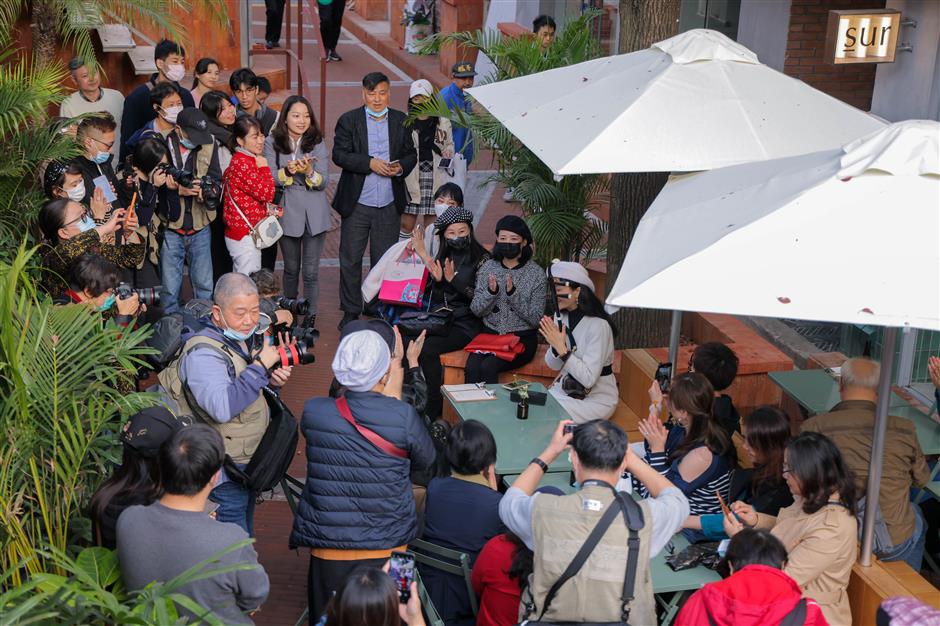 Visitors listen to a performance of an erhu (Chinese two-stringed instrument) by an artist in Tianzifang.