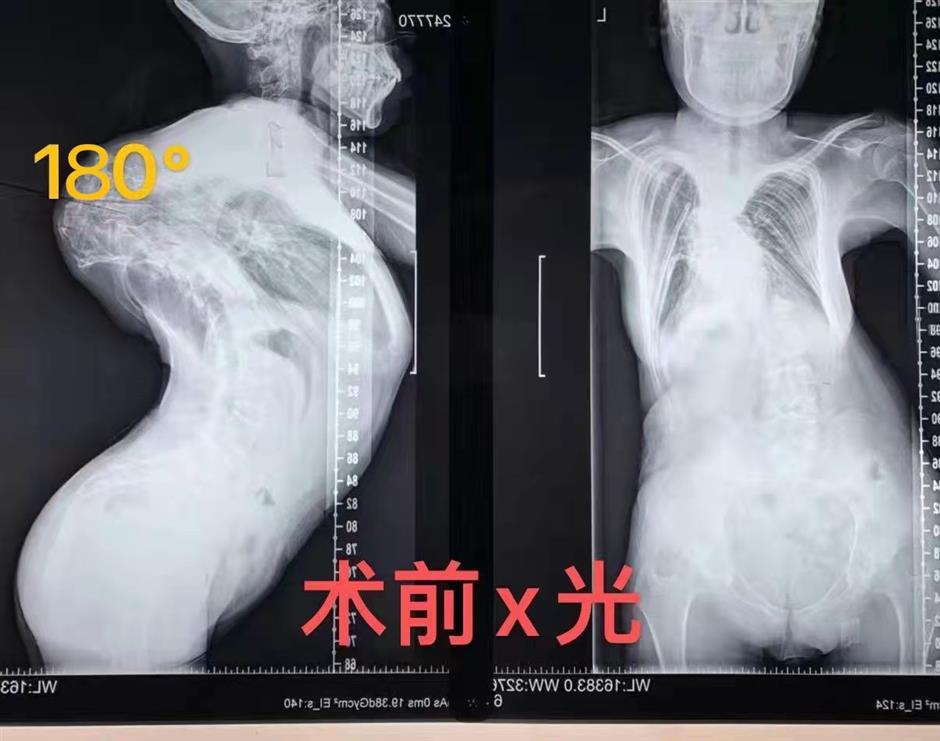 The X-ray of the curved spine before surgery. 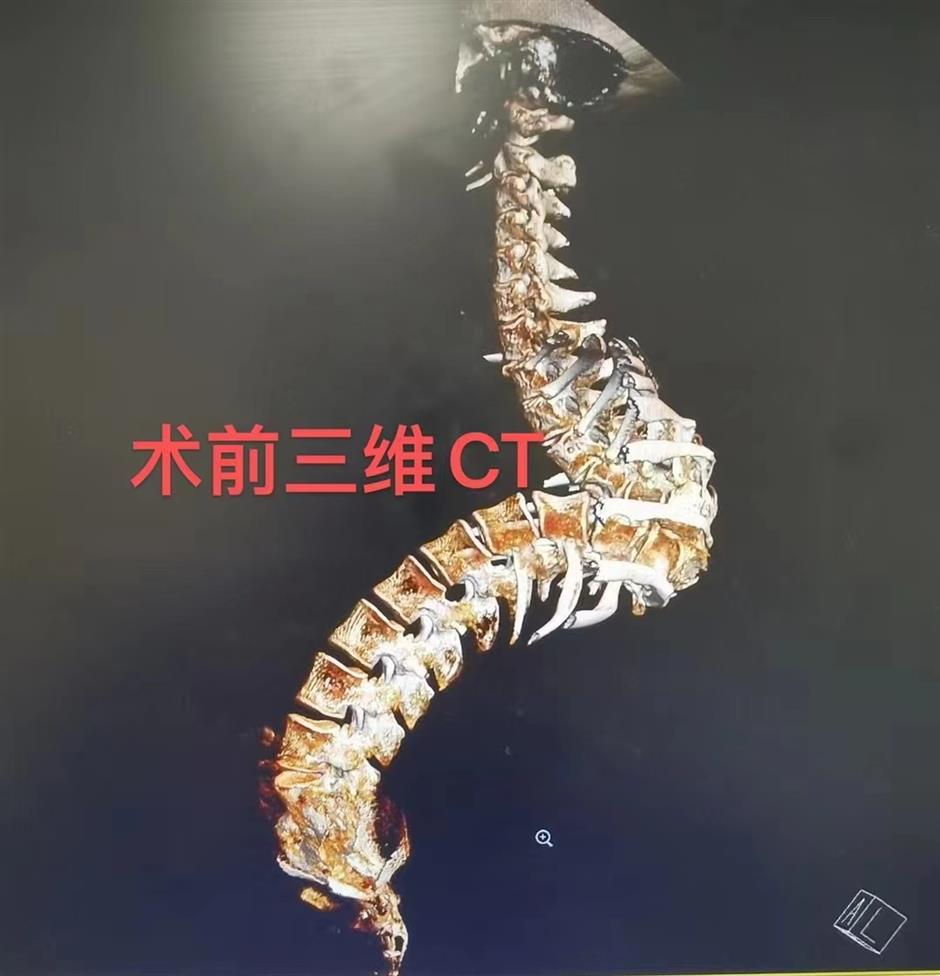 CT scan of the curved spine

A 20-year-old female university student with a nearly 180-degree curve in her spine due to a congenital disease underwent successful surgery at Shanghai's Xinhua Hospital and was discharged on Monday.

The woman is from a poor family in Henan Province as the father is a cleaning worker and the mother stays at home to take care of her mentally-challenged younger brother. She started to show symptoms at the age of nine as her back humped gradually and made her unable to stand straight.

Her parents took her to Beijing and it was confirmed that she has neurofibromatosis, an inherited disorder that causes abnormal development of nerve cells and damages multiple organs. About half of patients can have nervous system symptoms, as tumors can press on nerves. If tumors are inside the spinal canal, patients can suffer from a deformed spine, a bulged spine and other spinal problems.

The woman chose conservative treatment in Beijing. Due to academic pressure and the long distance, the treatment was postponed. The bulge in her back became more and more serious and looked like a camel hump after a number of years.

Her condition deteriorated suddenly last year and she was unable to walk freely. A surgery in Beijing alleviated the problem but she then suffered nerve problems in her lower limbs. Unable to receive follow-up treatment, she had to use a wheelchair. She visited various hospitals that turned her down due to the huge risk.

She came to Xinhua Hospital under other patients' recommendations.

Dr Yang Junlin, director of Xinhua Hospital's Spine Center, said the patient will lose her last chance of walking without undergoing surgery, which is very risky.

To ensure the safety and success of the surgery, the hospital invited all related experts to have a discussion on October 25 and developed various plans concerning possible problems.

The surgery was launched on October 26 and lasted for seven hours.

"Tumors inside the spine were removed and the curved spine was reshaped. It is a delicate and risky process, as any mistake could cause paralysis," Yang said.

After a six-day recovery against infection and pain, the woman was able to walk again and her height also rose by 12 centimeters. 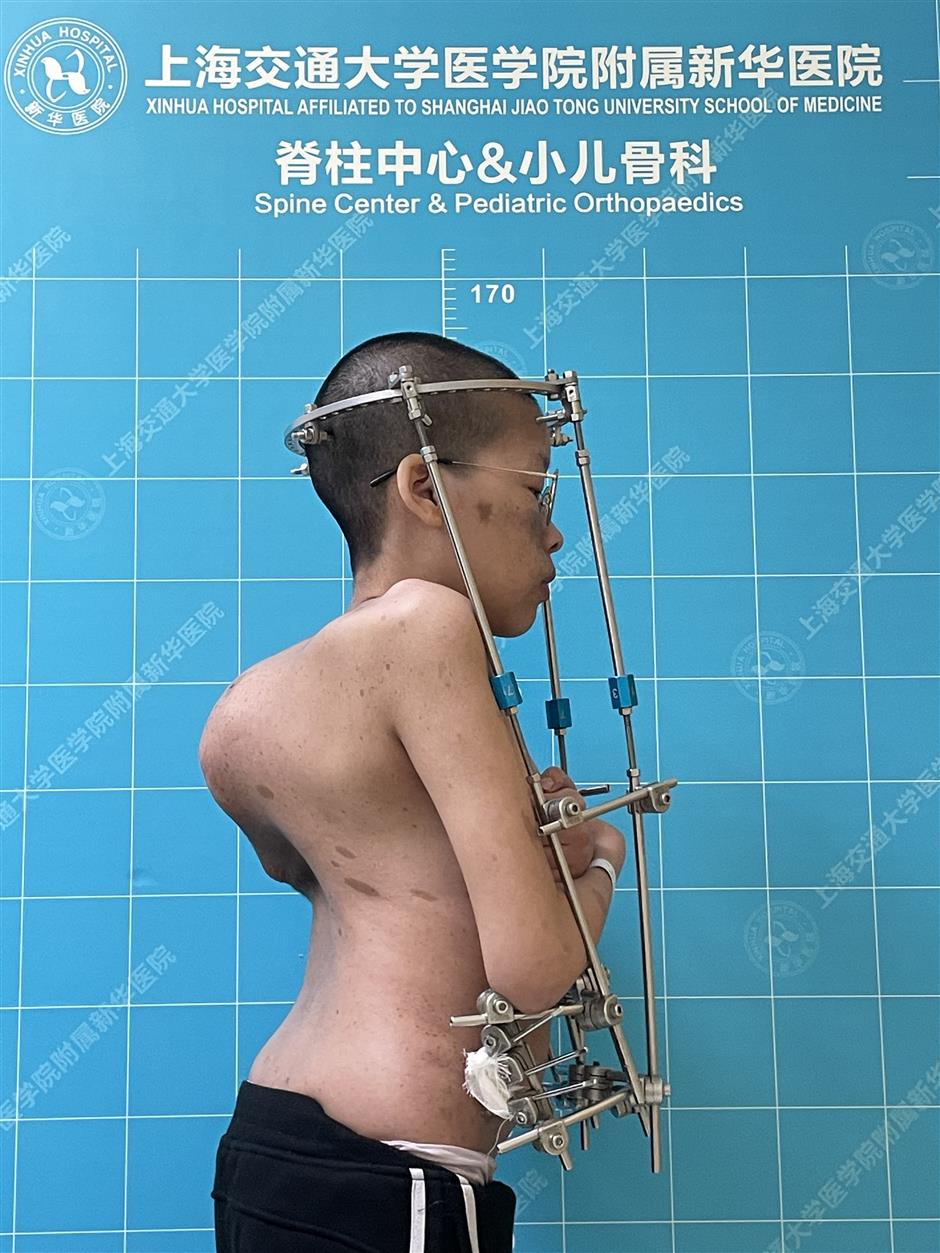 The patient before surgery 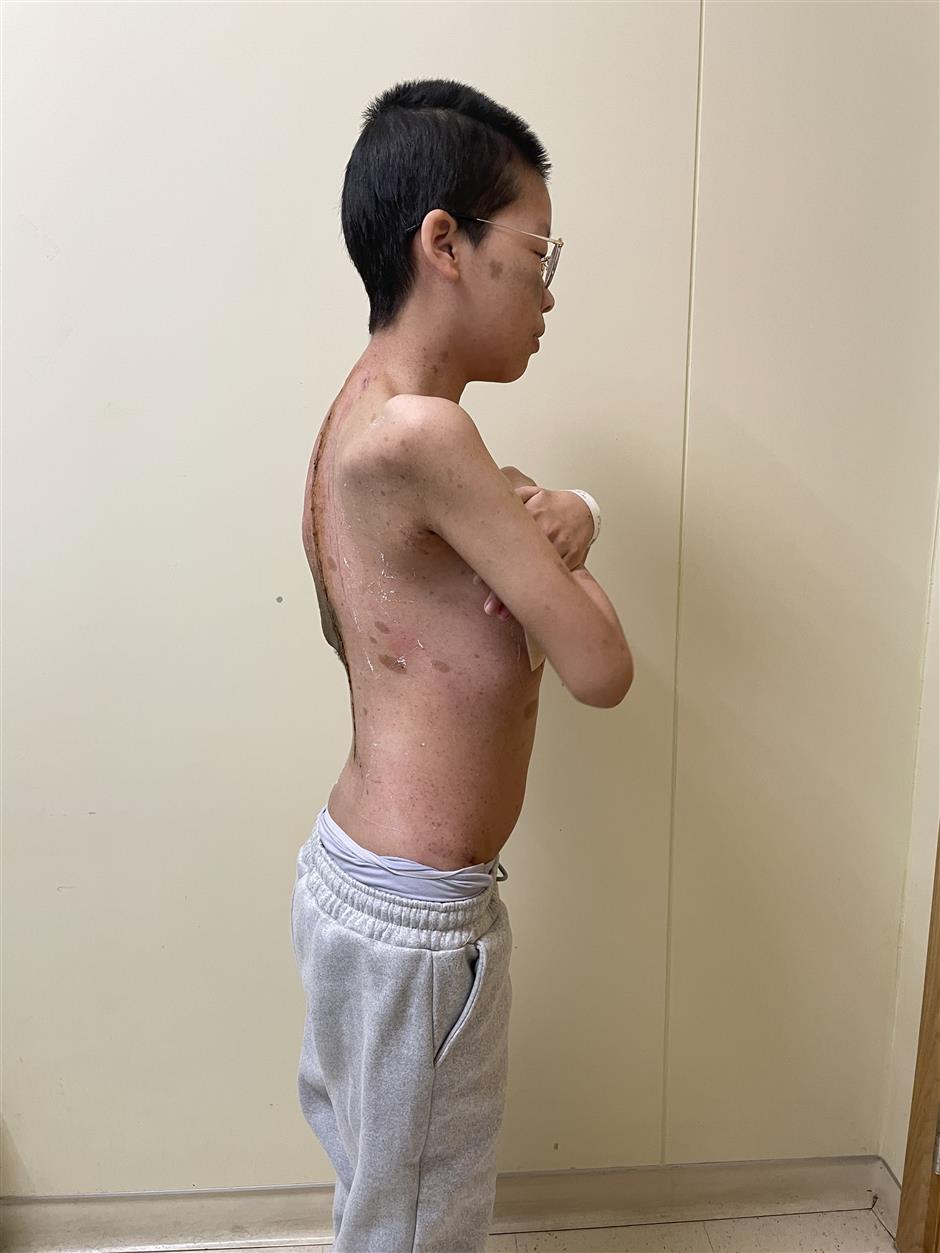 The patient after surgery