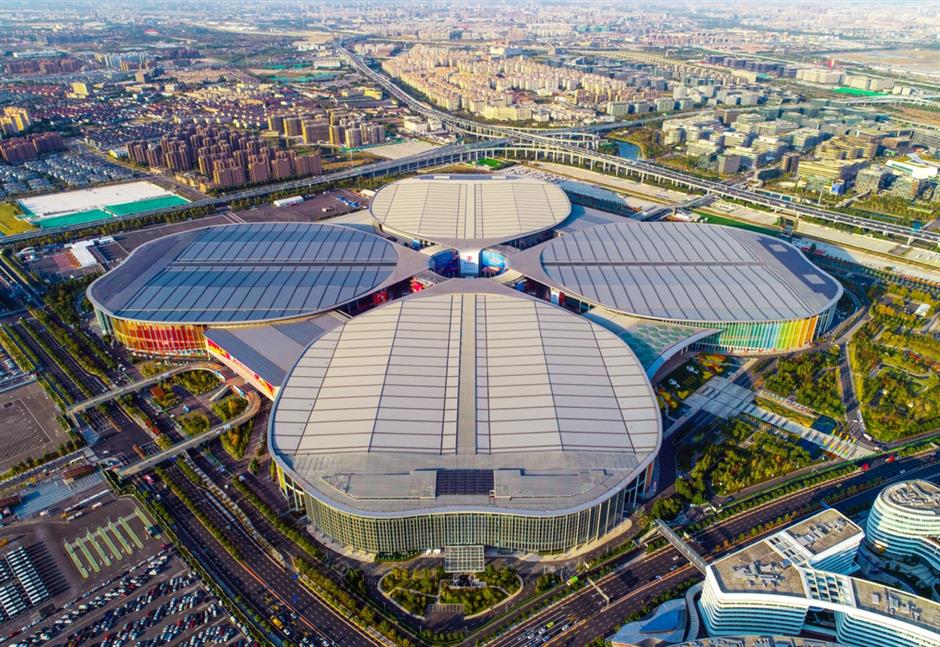 The National Exhibition and Convention Center of Shanghai, the venue of China International Import Expo in suburban Qingpu District. 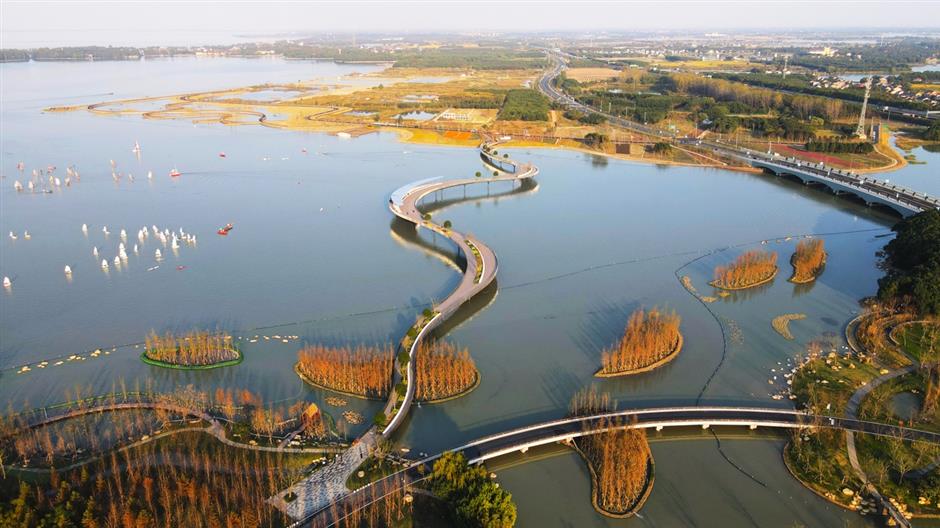 Qingpu has mapped out an ambitious development plan for the next five years, with the district government targeting an annual gross domestic product growth rate of 8 percent on average, according to a report released on Monday.

The suburban district's general public budget revenue is projected to grow by 8 percent year on year, the report said.

Qingpu's combined fixed-asset investment should surpass 400 billion yuan (US$62.72 billion) in the next five years, with total retail sales of consumer goods above 350 billion yuan. Its gross industrial output value above the scale will be above 1 trillion yuan.

"The comprehensive economic power of the district will be further boosted and its economic structure will be further improved in the next five years," said Xu Jian, Party secretary of Qingpu.

The district's research and development investment, the number of 100-billion- and 10-billion-yuan-level industry clusters, private-economy headquarters, high-level professionals, and innovation and entrepreneurial professionals will double in the next five years based on the district government's target. 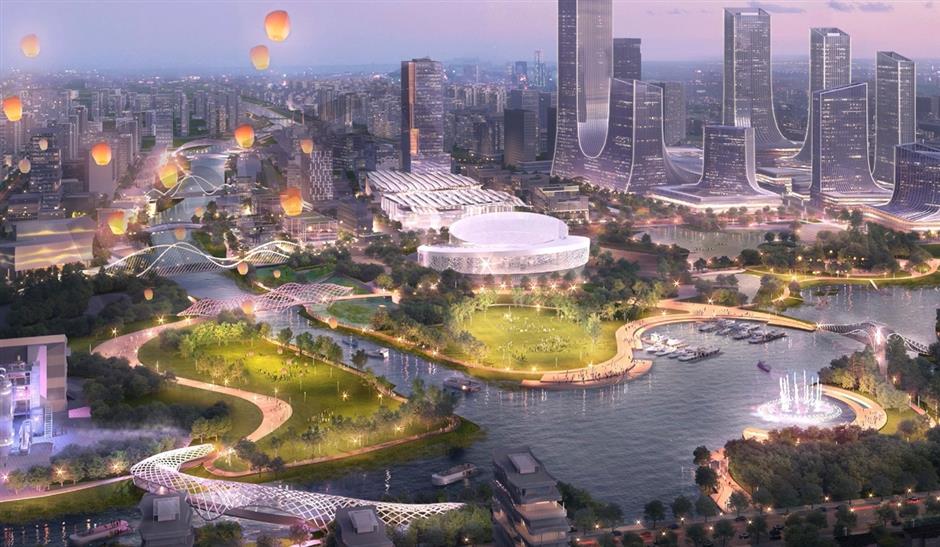 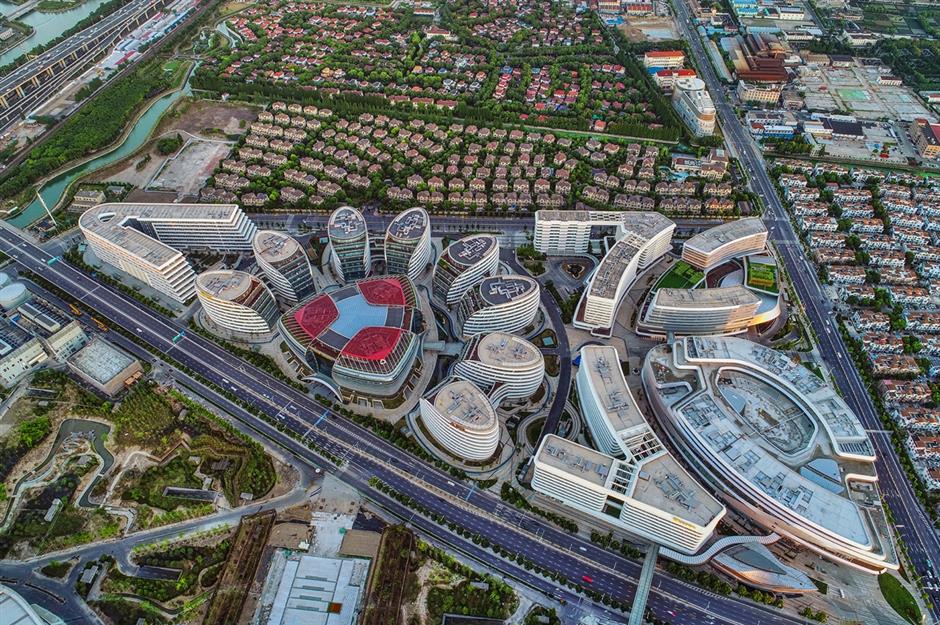 The district made big achievements on economic development over the past five years.

Its contractual foreign investment was US$5.8 billion in 2020 and it has 29 listed companies. Three 100-billion-yuan-level industry clusters, namely express delivery and logistics, green finance and software information, have been formed.

"The district will be turned into a more attractive and liveable place," said Xu.

A central business district will be established in Qingpu New City, and the implementation of major projects such as the Waiqingsong Highway Tunnel and the expansion project of 318 National Highway will be accelerated. 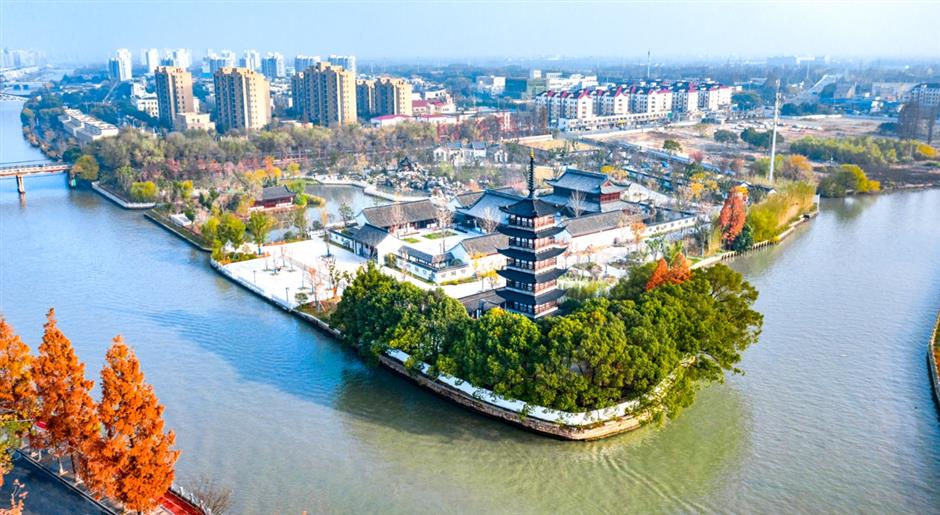 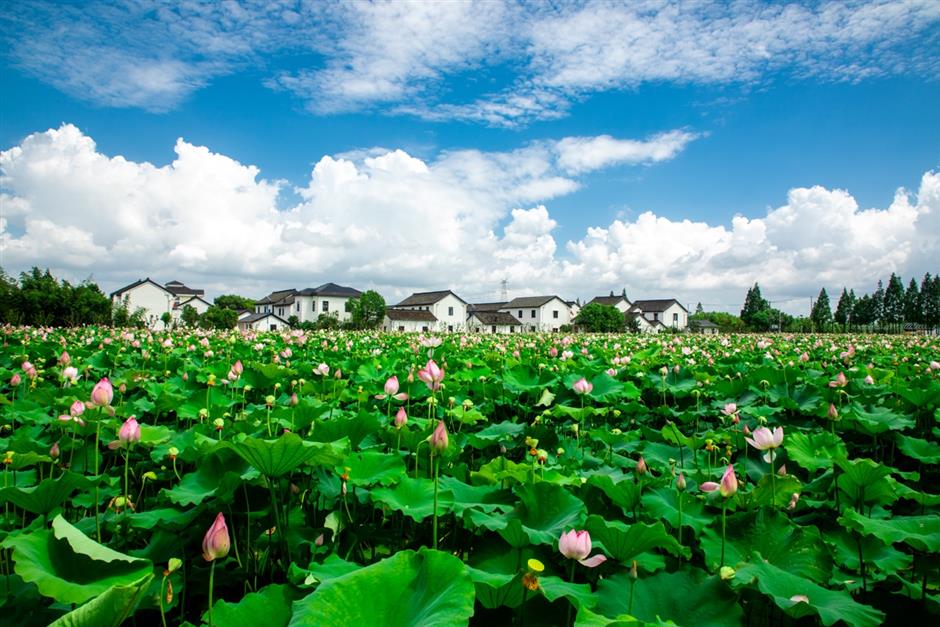 Benefiting from the China International Import Expo and the Hongqiao International Hub construction, the district will step up efforts to boost the convention and exhibition industry and trade, and its transportation network involving the west extension of Metro Line 17 will be improved.

A world-famous lake district is being created relying on Dianshan Lake, and the construction of the Huawei Research and Development Center and Xicen Science and Technology Center is in full swing.

A trillion-yuan-level digital economic belt is being formed in the suburban district.

The district's quality agricultural products such as Baihe strawberry, Liantang jiaobai (a local agricultural specialty) and Qingpu rice will be further promoted.

Construction of the Qingpu branch of Zhongshan Hospital and the Qingpu District Public Health Center will be beefed up to lift the district's health service level.

Qingpu will be made more eco-friendly, green and low-carbon as water protection and treatment projects are launched on Taipu River as well as Dianshan and Yuandang lakes to improve their water ecology and environment quality.