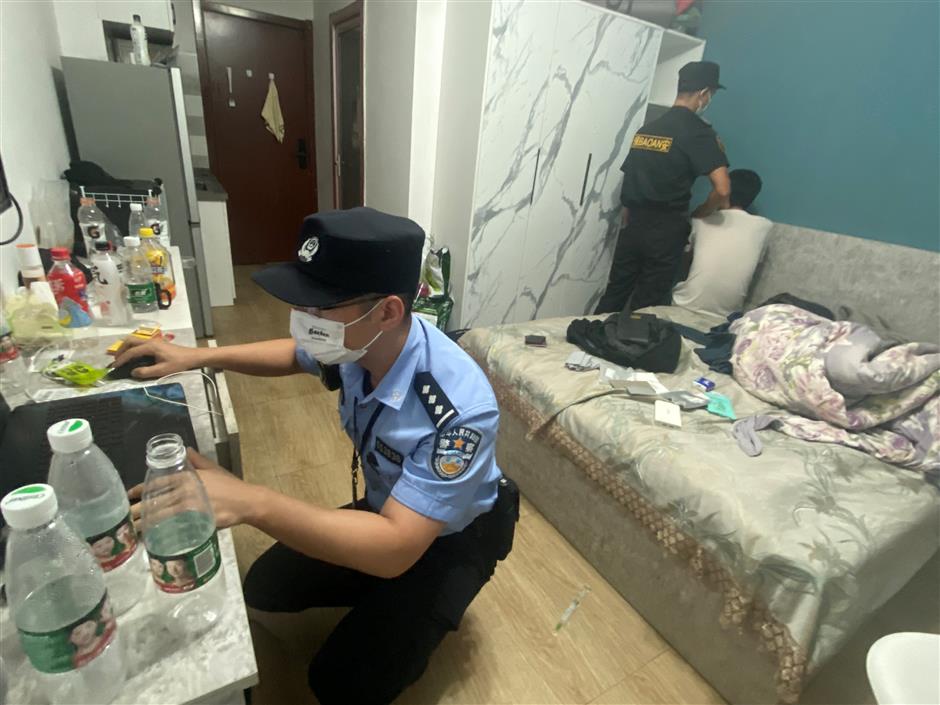 Police cracked the gang of eight who disguised themselves as disabled guests to take "companions" to Shanghai Disneyland and enjoy queue-free service. 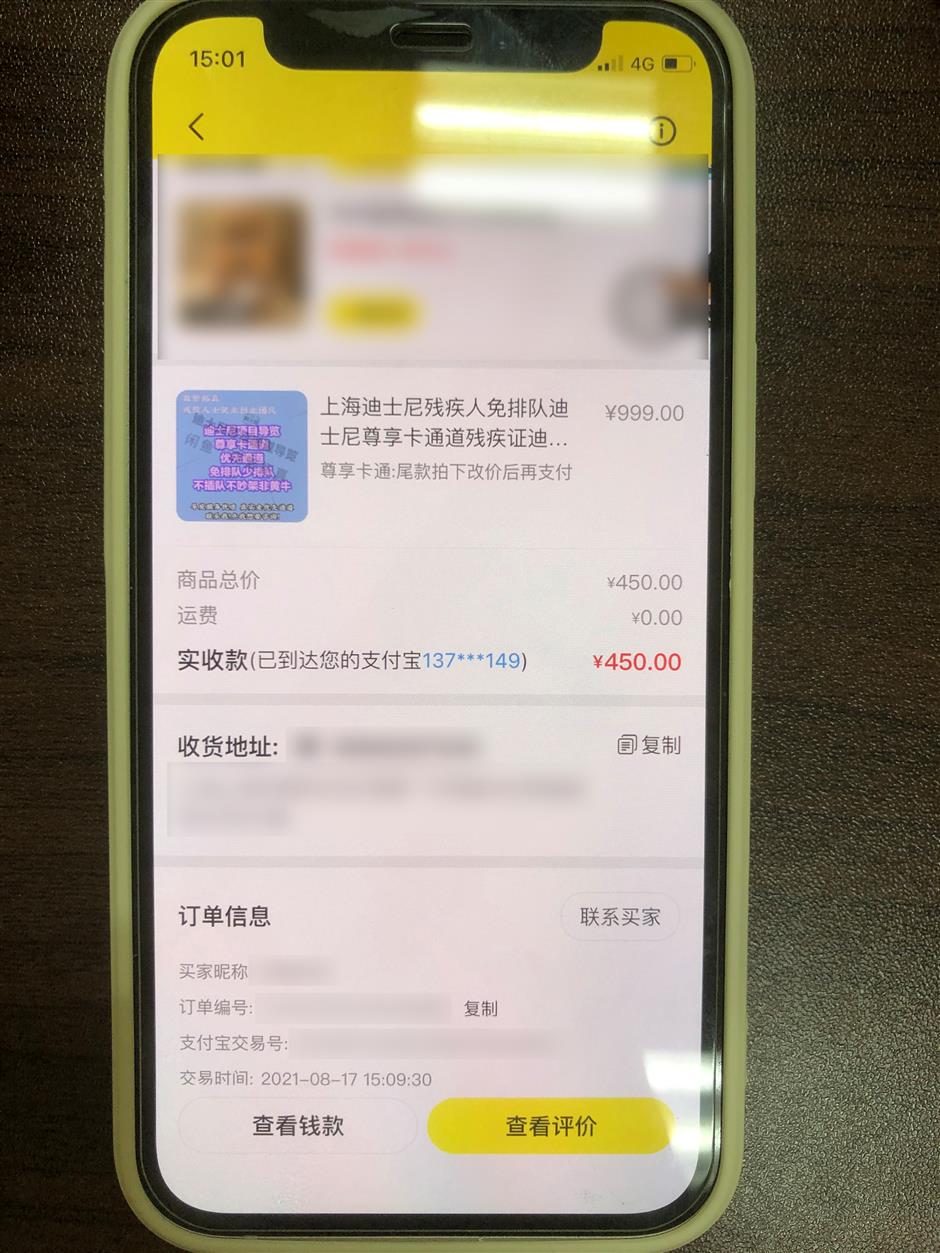 The gang's ad on a second-hand e-commerce platform.

Shanghai police have detained eight people suspected of disguising themselves as disabled guests to take "companions" to Shanghai Disneyland and enjoy queue-free service.

There's no doubting Shanghai Disneyland is one of the most popular theme parks in China.

After surveying more than 3 million visitors over the past five years, the China Tourism Academy found that more than two-thirds of out-of-town visitors came to Shanghai because of Disneyland. Between June 2016 and 2019, visitors to the park accounted for 4.09 percent of the city's annual tourism revenue.

Shanghai Disneyland has designed the Disability Access Service for guests with disabilities. It allows them to have five people accompany them to the park, who don't need to wait in long queues to get a ride.

Police said Liu recruited seven people and fabricated fake disability certificates to get the Disability Access Service Card. Then, they posted ads on second-hand e-commerce platforms and cooperated with obscure travel agencies to tout for business. They charged several hundreds of yuan for one entry.

Usually, to reduce wait times, guests have to grab a limited number of Disney Standby Pass, or pay to enjoy the upgraded Disney Premier Access that is available in a wide range of price options, with the cheapest priced at 110 yuan for one single attraction. Liu's deal seemed a real bargain by comparison. 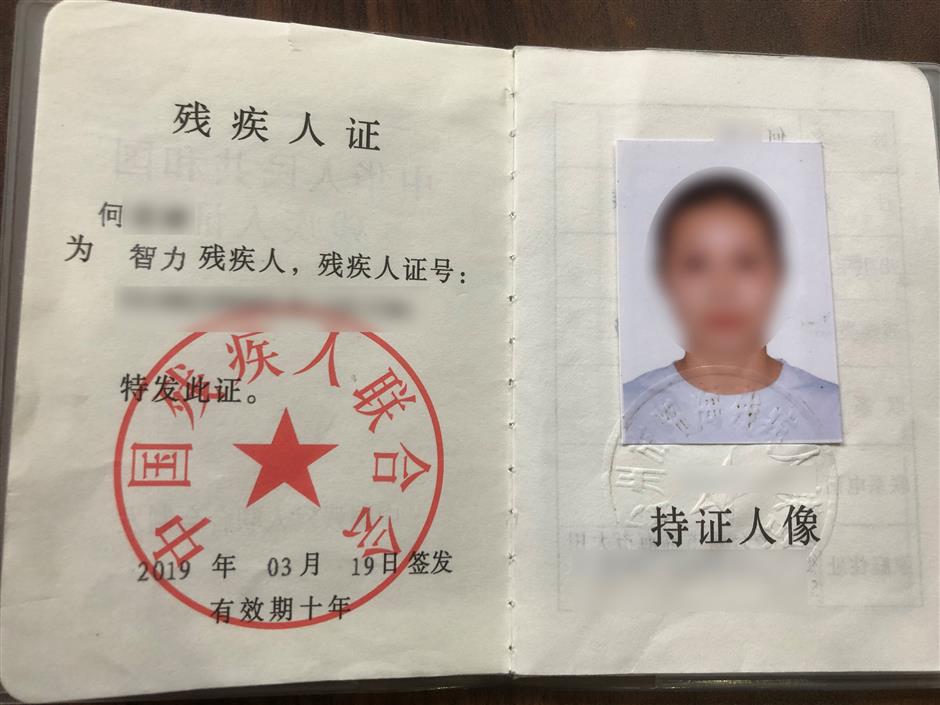 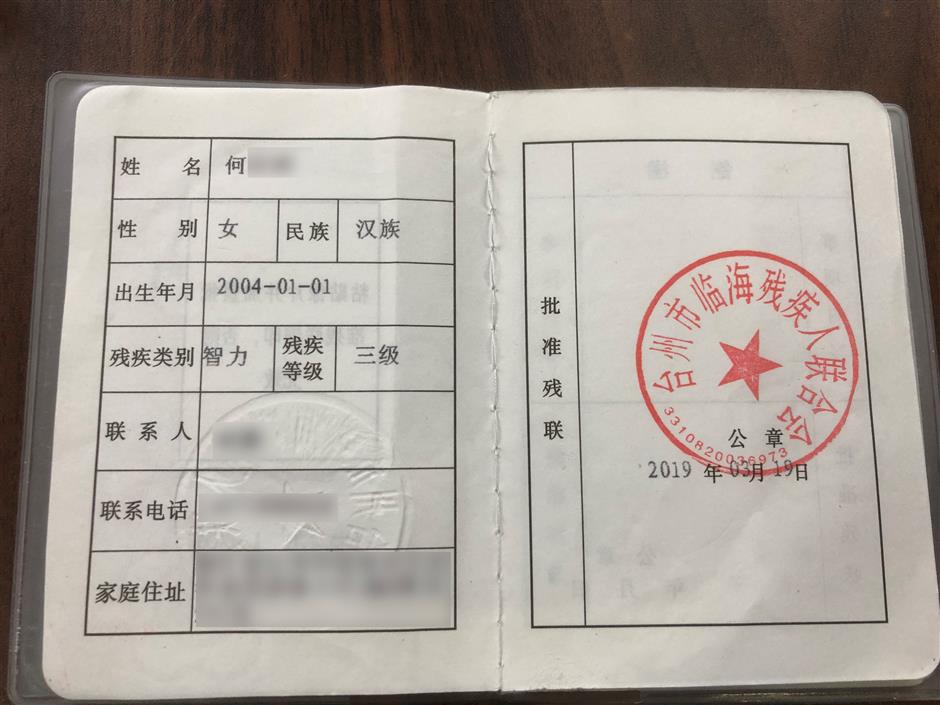 The case came to the spotlight on September 20 when police from the Shanghai International Resort received a call from a guest about a price dispute with one of the suspects. An investigation led police to the gang, and the remaining seven members, including Liu, were caught on September 29.

At their dens, police also confiscated a number of fake ID cards, disability certificates and Disability Access Service Cards, among other tools.

An initial investigation found that the gang had made more than 100,000 yuan (US$15,670) from providing more than 800 entries over four months.

Liu has been detained for forging official certificates, and the others for using fake ID cards and other documents. Liu faces up to 10 years in jail, according to China's criminal law.

Police said the case has alerted the park to close the existing loopholes by requiring one disabled guest to report five designated companions.

According to the official website of Shanghai Disney Resort, a Disability Access Service Card can be requested by guests with a valid disability certificate or proof of disability at Guest Services by the Shanghai Disneyland Main Entrance.

As they enter the park, they can visit the Guest Services Center at the Main Entrance and present the completed form as well as their valid documents to apply for a Disability Access Service Card. 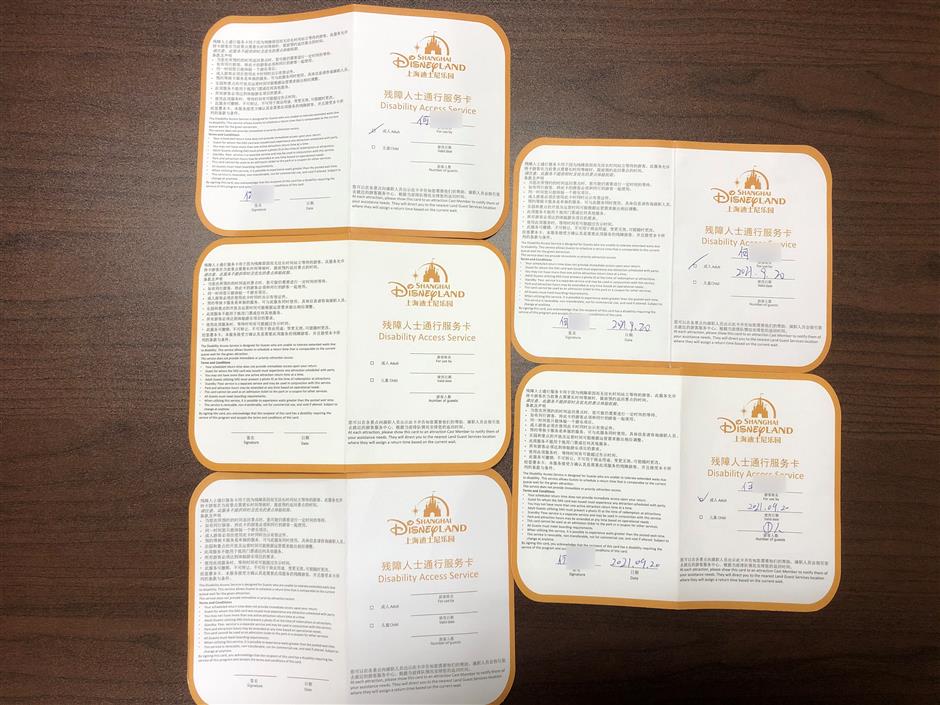