The three cases are friends who had traveled to neighboring Suzhou City from November 19 to 21. They tested positive early yesterday. All three were fully vaccinated, Wu Jinglei, head of Shanghai Health Commission, said.

The authorities have tracked down 27 close contacts. The nucleic acid tests on 16 of them came back negative. 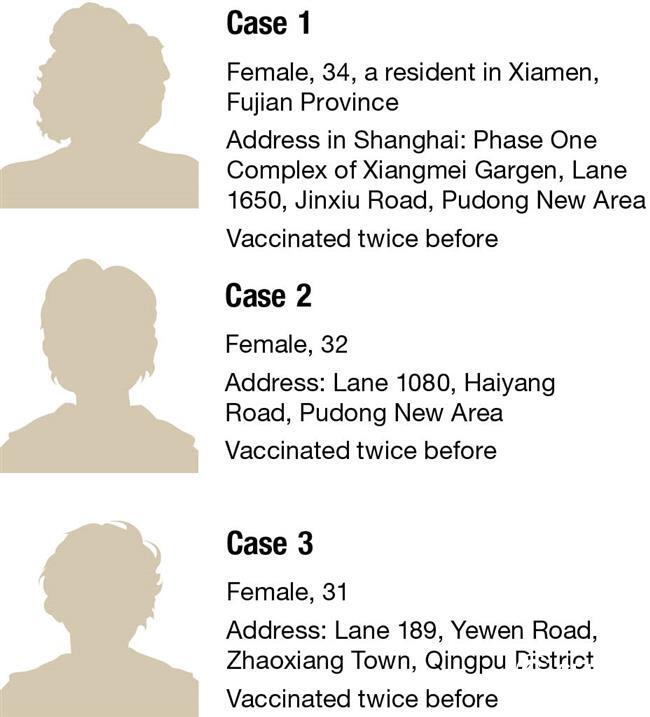 Their residential complexes – Xiangmei Garden complex on 1650 Jinxiu Road and Xiangzhangyuan complex on 1080 Haiyang Road in the Pudong New Area, and Xijiao Jinlu complex on 189 Yewen Road in Qingpu District – are now classified as medium-risk areas.

The complexes are under lockdown and authorities said they will make sure that their daily essentials are delivered to the residents. 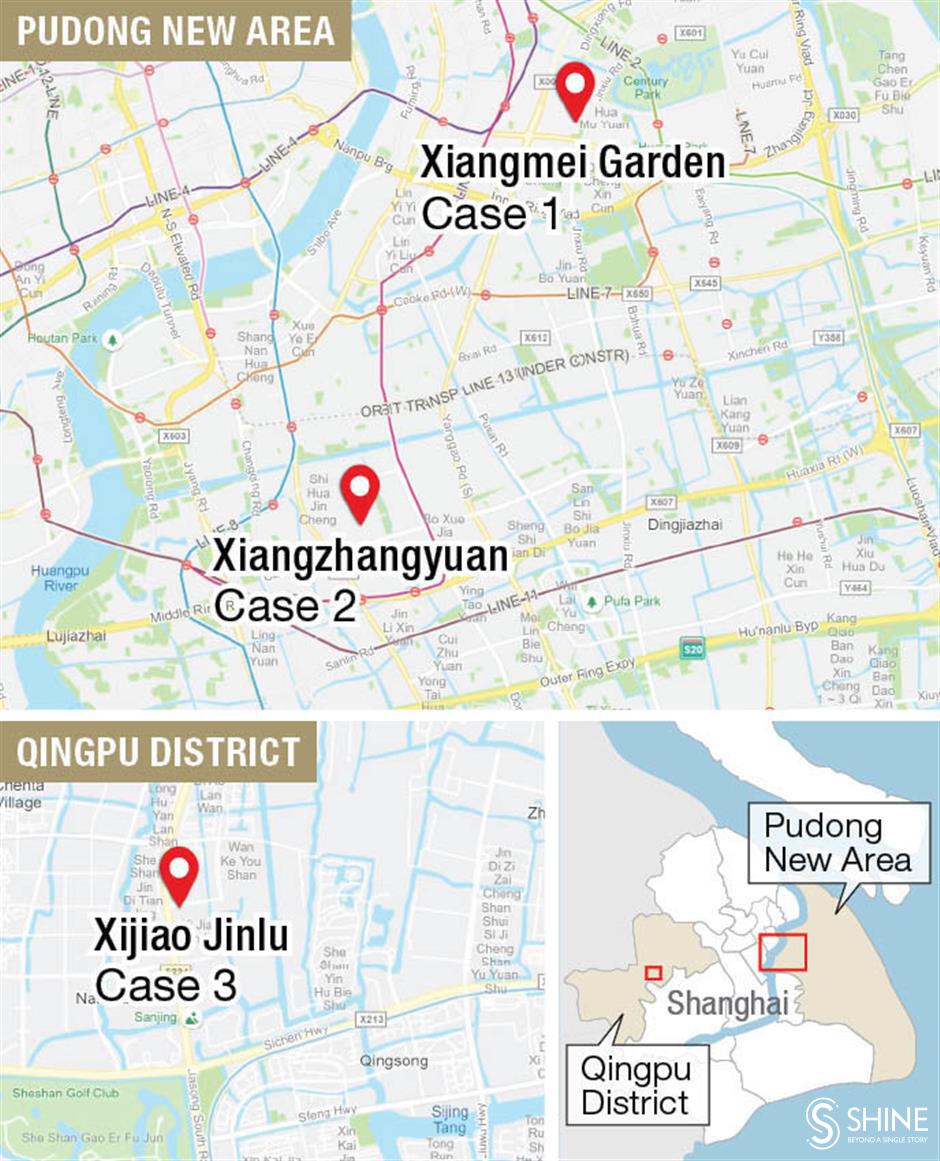 Medical workers also found 29 environment samples that tested positive for coronavirus. They were collected from the house of one of the cases.

Downtown Ruijin, Tongji, Zhongshan hospitals and Minhang District Central Hospital are under lockdown since yesterday for medical screening, according to statements by the hospitals.

The first patient, 32, is from Xiamen City in Fujian Province and traveled to Beijing on November 12 and arrived in Shanghai on November 15.

The cases were only detected after one of them showed symptoms and went to a fever clinic, said Dr Zhang Wenhong, the head of Shanghai's COVID-19 treatment team.

"Residents are advised to head to the nearest clinic when they show COVID-19 symptoms as soon as possible, especially after a trip or gatherings," Zhang said.

When Shanghai Daily reporter arrived at the Xiangmei Garden in the Pudong New Area at 4.45pm, the complex was cordoned off. Temporary shelves and tents were put up for delivery parcels and nucleic acid tests.

An elder woman surnamed Hu who lives nearby walked to deliver a quilt, clothes and daily supplies such as a toothbrush to an ayi.

"She works here in the daytime, and at my son's place in the evening. I learned from the neighborhood early this morning that the complex was put under quarantine. Children were told not to go to school and adults told not to go to work," Hu said.

"I'm not afraid. We are very careful. I give my ayi a new mask every day and ask her to protect herself from time to time," she added. 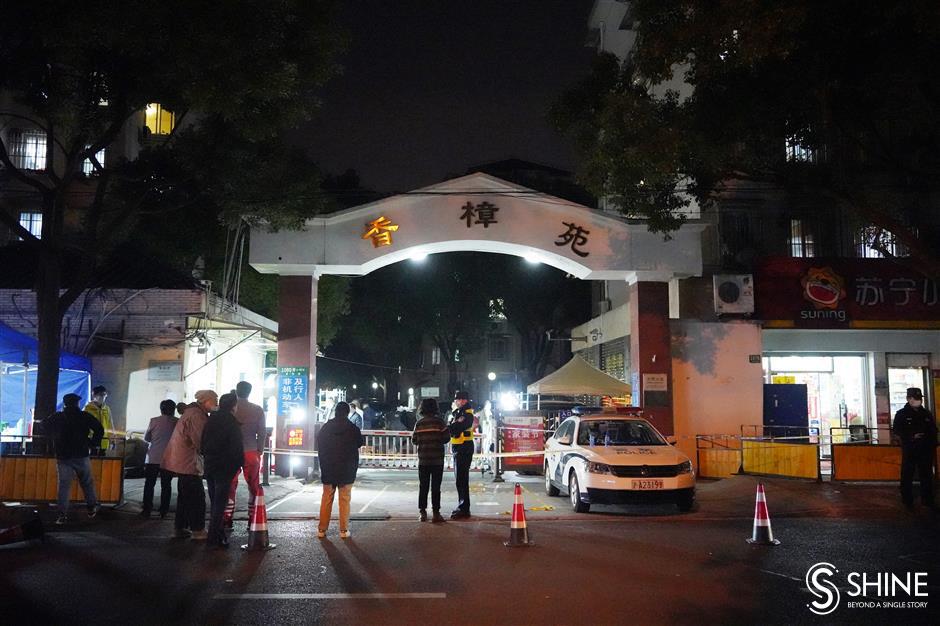 Police and medical workers are seen at the Xiangzhangyuan residential complex in Pudong.

Inter-provincial group tours and airline + accommodation packages have been suspended in Shanghai following the cases, the city's cultural and tourism authorities announced.

Meanwhile, some tourist spots in Suzhou, including Luzhi water town, Xishan Mountain, Zijin Temple in Dongshan Mountain and the Museum of Wu were closed as precautions.

Medical staffers had collected 2,500 test samples at the Xiangzhangyuan complex before 11:30am yesterday. All the residents have been tested and the results awaited. 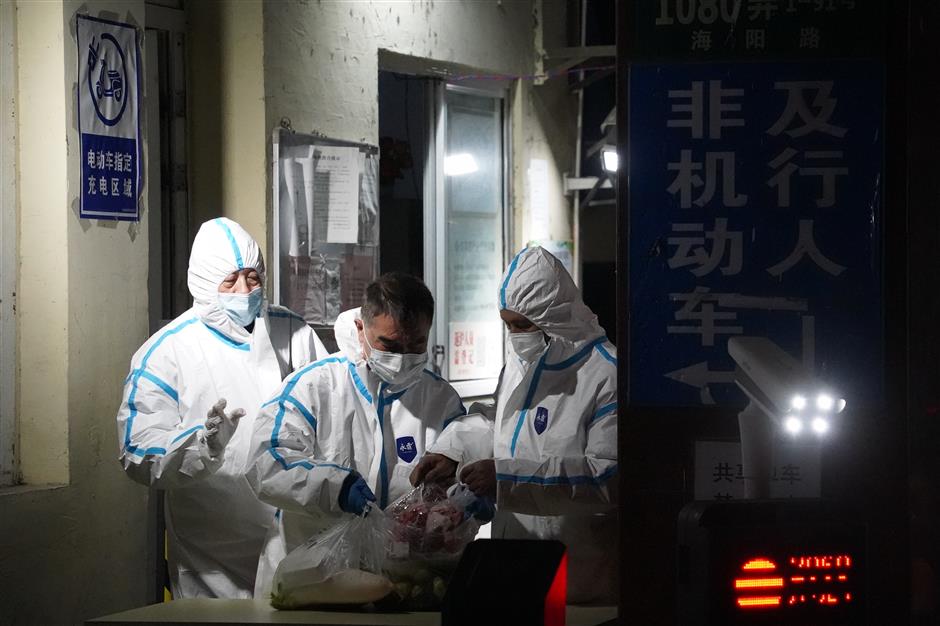