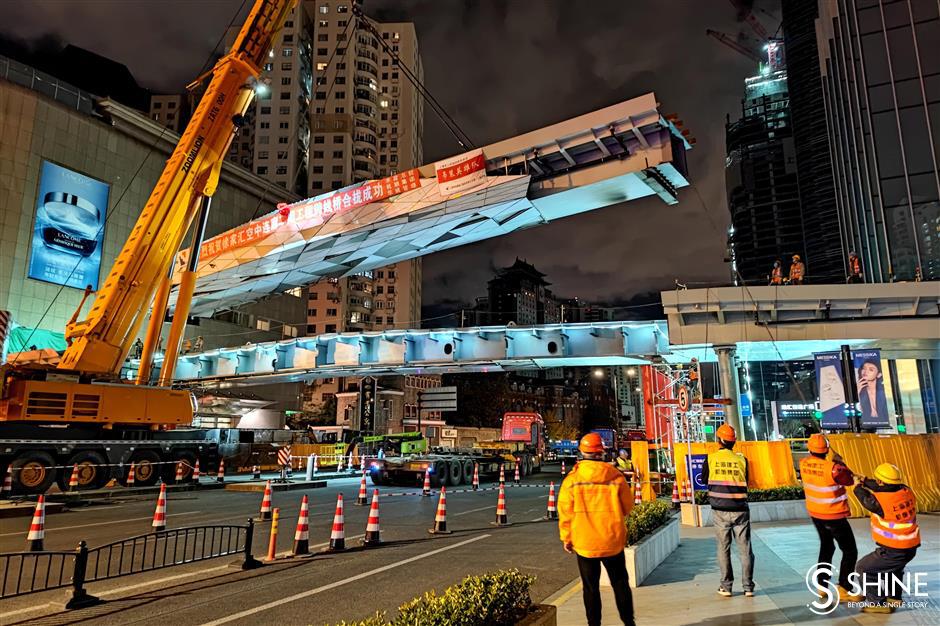 The main structure of a new skywalk (left) in Xujiahui has been completed. 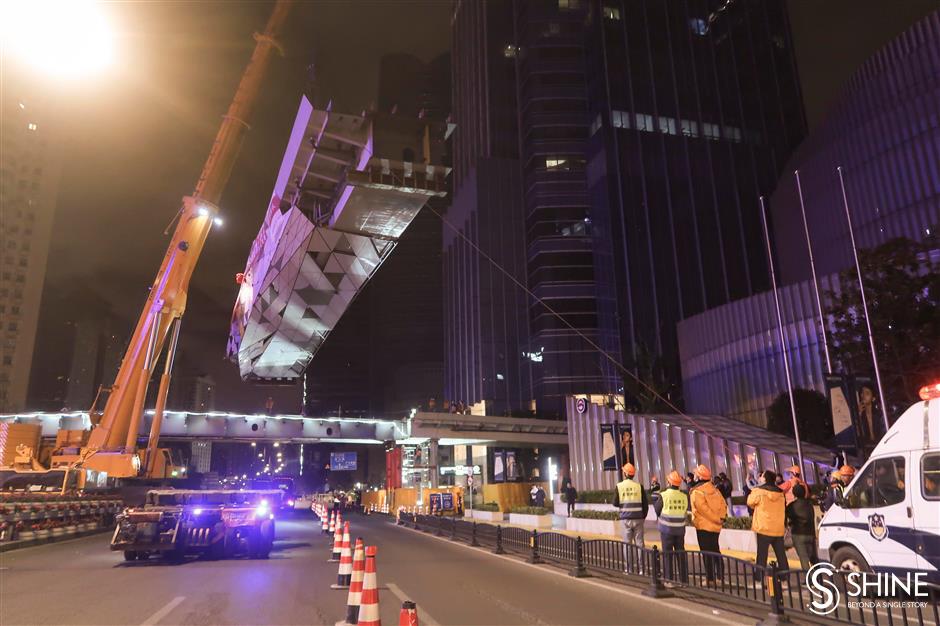 The main structure of the second phase of the Xujiahui Skywalk was completed on Sunday to connect additional malls in one of Shanghai's most popular shopping hubs.

The extension of the popular skywalk stretches about 200 meters and links the Oriental Shopping Center and Grand Gateway 66.

Pedestrians must walk over 300 meters through a subway tunnel from the Metro City to the Oriental Shopping Center. After the end of the subway operation, it takes at least 20 minutes to detour down Zhaojiabang Road and over a skywalk.

The inconvenient pedestrian path between the scattered shopping malls has impeded the commercial development of the region, which is undergoing a major facelift and upgrade to restore its popularity, the Xuhui District government said.

The initial phase of the project, which opened in 2020, has become a popular attraction for shoppers to stroll around the shopping sites and for tourists to enjoy the scenery of the landmark Xujiahui area, named after the Ming Dynasty scientist and scholar Xu Guangqi (1562-1633). 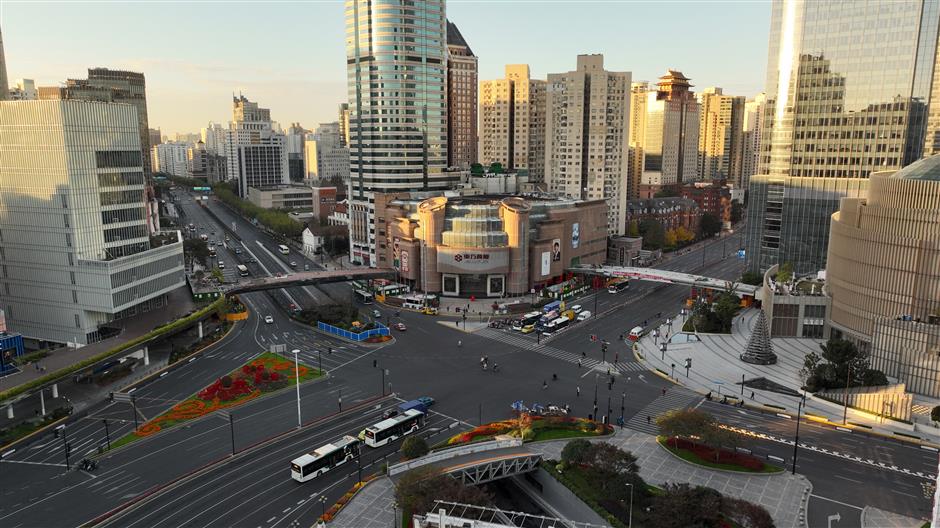 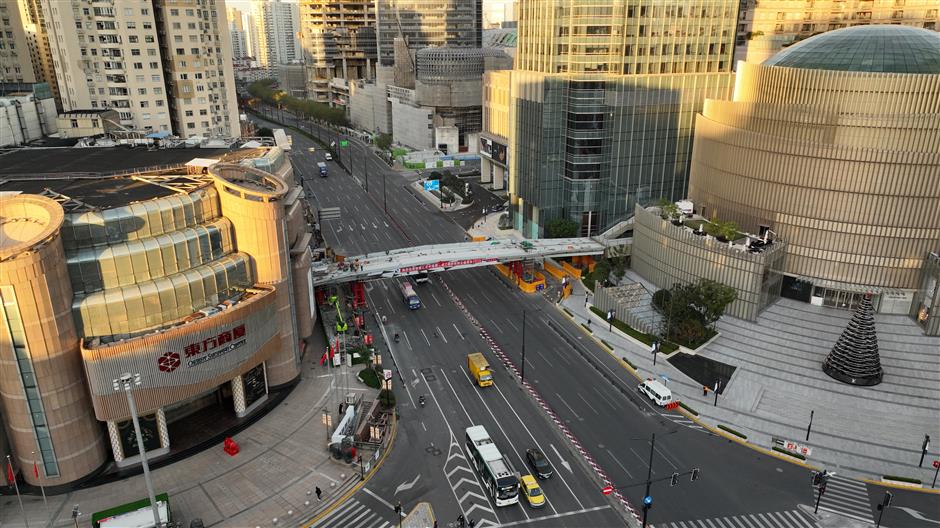 According to the long-term blueprint, the skywalk will be further extended to connect the Pacific Department Store and the under-construction Xujiahui Center, which will become the tallest building in Puxi upon its completion in 2023.

The Xujiahui commercial zone was established in 1992, one of eight in the city. Business boomed between 1999 and 2008, but sales have been falling since 2009 due to growth in the online shopping industry.

Local authorities then launched the skywalk project to integrate commercial resources. Shoppers once had to cross multiple busy roads to reach different malls. 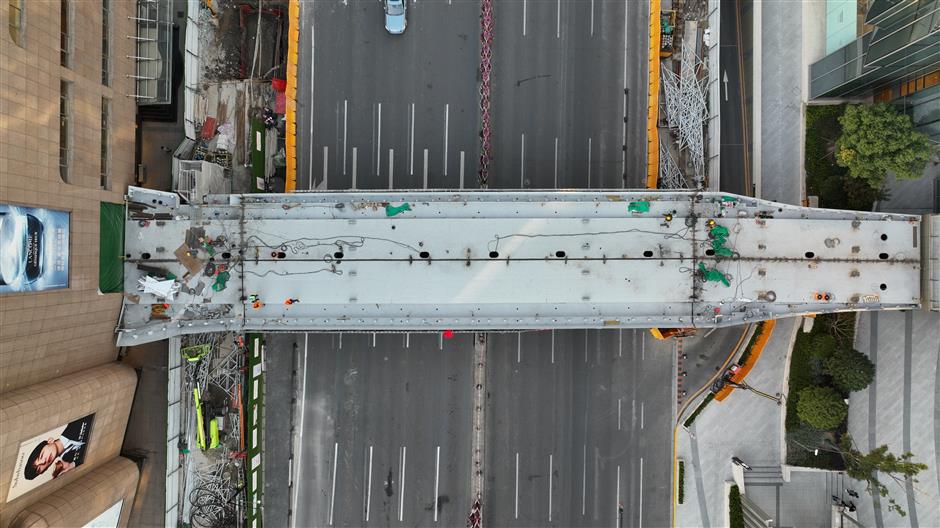 The extension of the popular Xujiahui Skywalk stretches about 200 meters.

The project also aims to create a "hanging garden," featuring abundant plants and flowers, seating, and shelter from the brutal summer sun and plum rains.

The second phase of the project chiefly includes two skywalks crossing above Caoxi Road N. and Hongqiao Road. An interior path in the Orient Shopping Center will also undergo renovation.

The deck of the new skywalk covers about 2,200 square meters, with a drainage system, electric facilities and green space along with an elevator and stairway.

The skywalk is part of a major facelift of the Xujiahui commercial zone with its shopping and electronics malls as well as entertainment venues taking center stage. 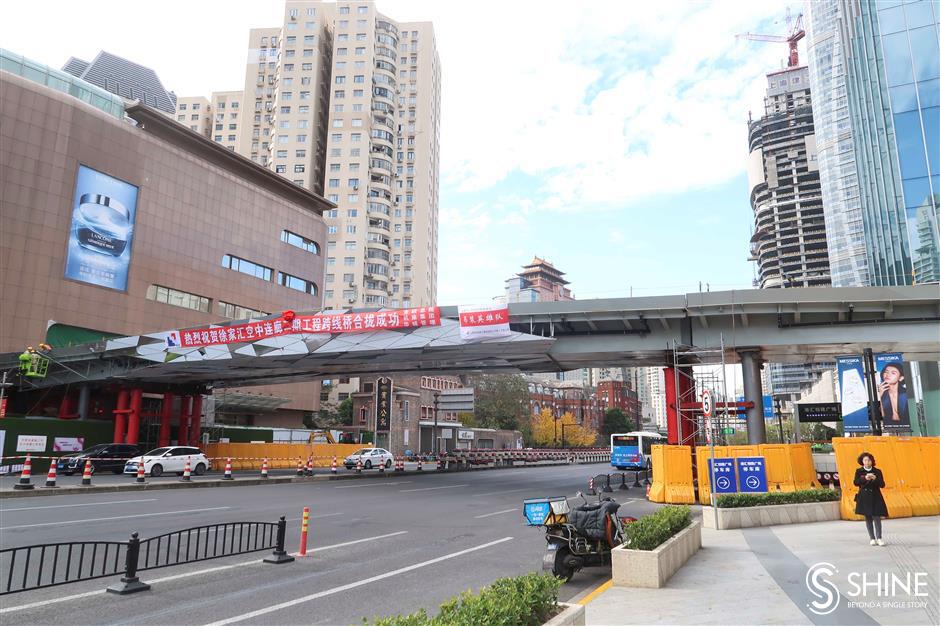 The skywalk is part of a major facelift of the Xujiahui commercial zone.