Synthetic fibers the wave of the future in various fields 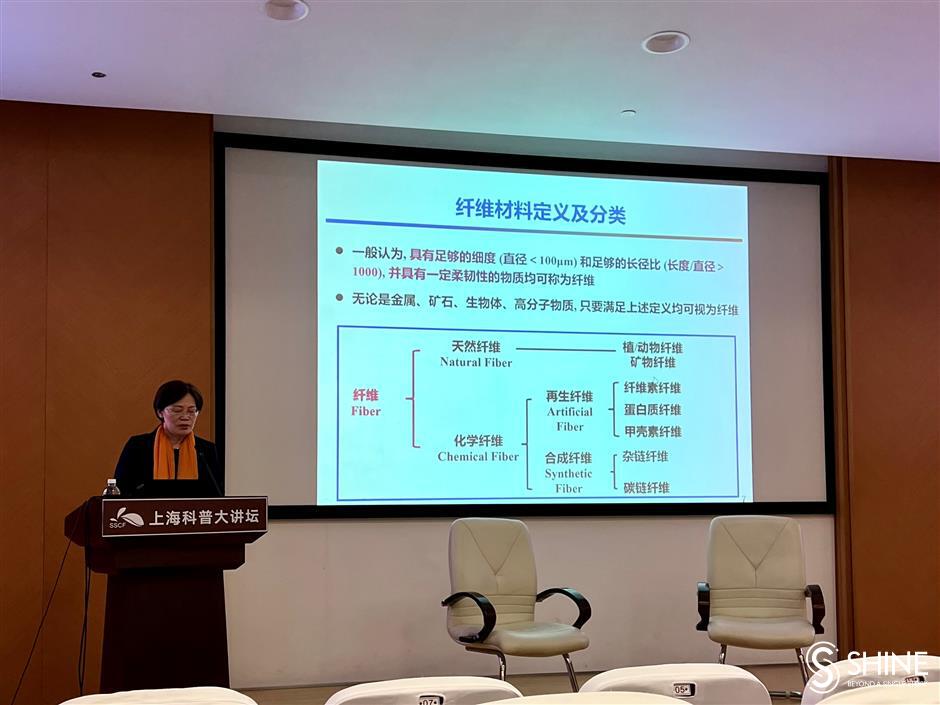 Fancy piloting a Jaeger in "Pacific Rim" or savoring a cyborg's life in "Alita: Battle Angel?" In what may sound futuristic, lightweight microfibers are making it a reality, according to materials scientist Zhu Meifang.

It is usually unknown to people outside the industry that fibers are not just clothes we wear. It makes sense. In the past, textile fibers used to account for 70 to 80 percent of the domestic fiber industry.

But today's mainstream fibers are synthetic fibers that show vast potential in the fields of aerospace, biomedicine, wearable electronics and more, Zhu said in a lecture held at the Shanghai Natural History Museum.

She gave her own understanding of fiber as an abbreviation for functional, integrated, brainy, electronic and responsive. "In the near future, fibers could carry out more advanced tasks like sensing and data processing rather than merely being materials," she said, giving examples.

Synthetic fibers with the ability to withstand extremely high and temperatures are braided for China's space explorations. The next-generation domestically-developed large passenger aircraft could use more than 50 percent carbon fiber composite to reduce weight and carry more passengers.

When fibers meet magnetic nanometer-scale ions, they can generate something new to be used for medical testing such as detecting blood sugar levels. Another exciting invention, smart hydrogel optical fiber, could raise hopes for cancer treatment as it could directly burn and kill cancer cells or send chemotherapy to the targeted areas. Animal tests have proved successful.

Brain-machine interfacing is another hot topic, with clear manifestations of wearable gear such as exoskeleton robots and smart jackets with the ability to control mobile phones. Perhaps in the near future people could turn on the TV by just thinking about it, Zhu said.

The world is working to weave a smarter future. The UK has the Proteus project and the EU has the DEPHOTEX project. China is also in the race, and Shanghai is the R&D center, she said.