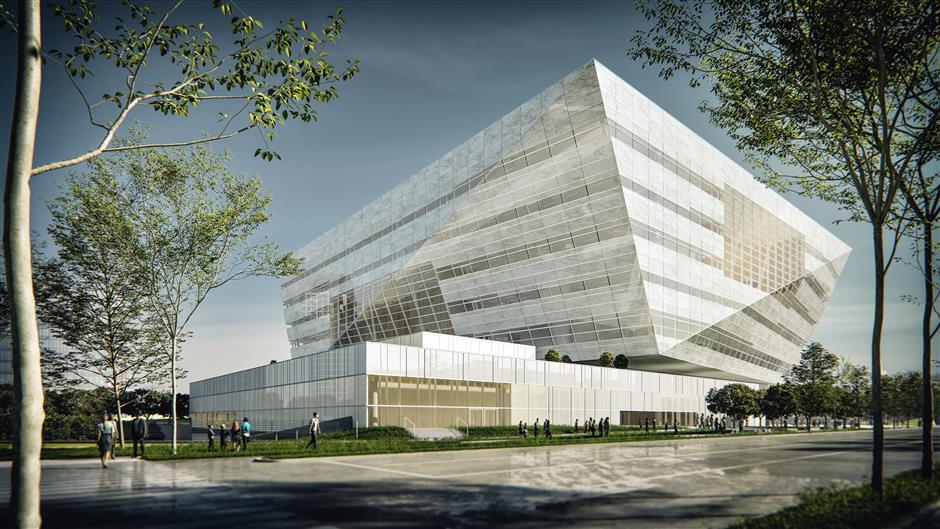 The East Branch of Shanghai Library in the Pudong New Area will launch its trial operation soon.

The East Branch of Shanghai Library in the Pudong New Area, which will launch its trial operation soon, is now collecting readers' messages from the public.

People whose messages boast fine content and calligraphy will be invited to the Shanghai Library East for on-site writing on the world's largest hand-made paper "Sizhangxuan," or Four-Zhang Xuan Paper (one zhang equals to three and one third meters).

This work will be the first exhibit at the new library. 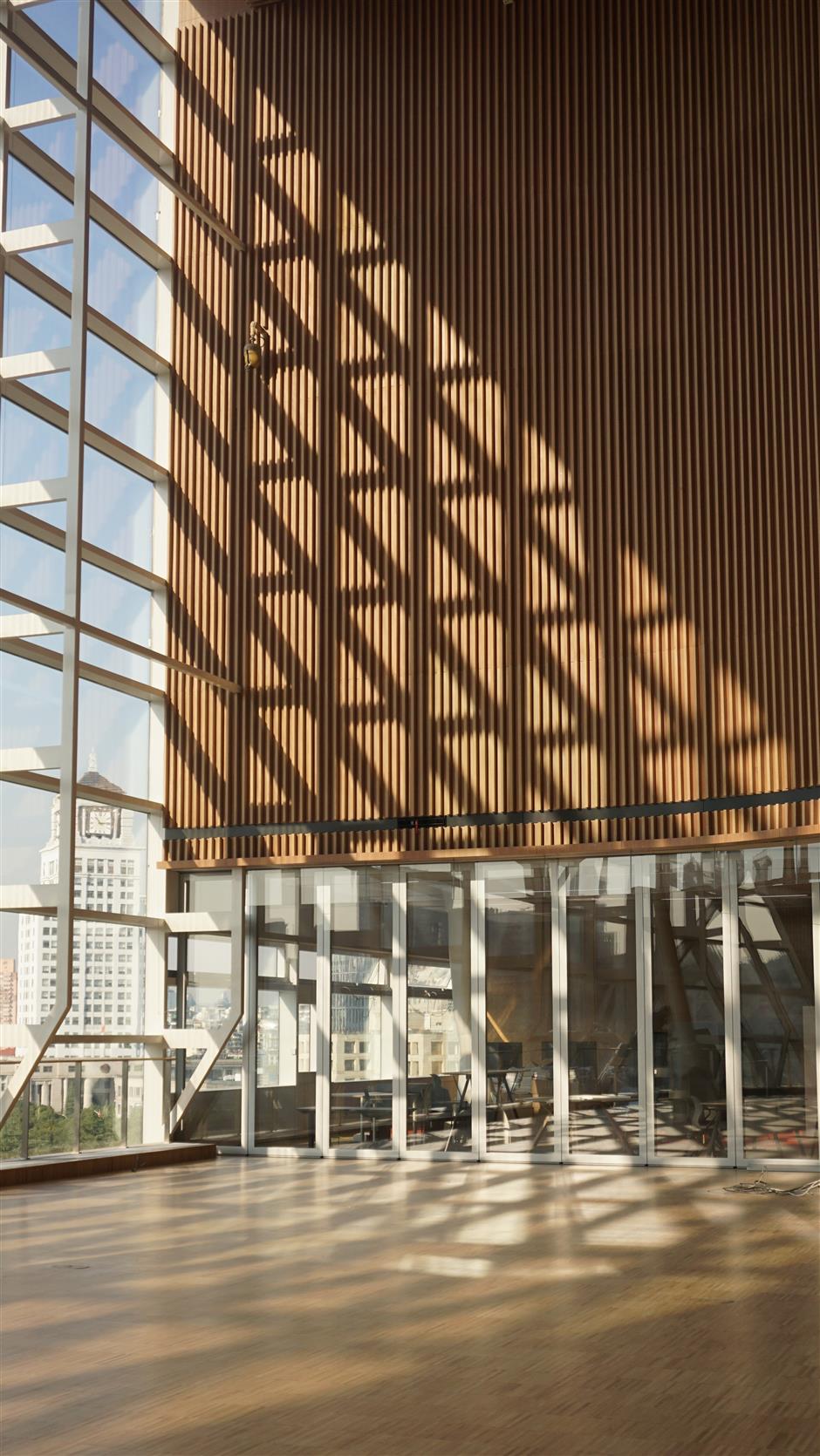 The interior look of the East Branch of Shanghai Library.

The message-collecting campaign, which began on Wednesday, will run through the end of this month. Foreigners can also join in.

The messages should be a sentence of around 10 words written by brush or pen on an A3 or A4 size paper. Participants can take pictures or short videos, whose file format should be jpg, jpeg, png or mp4 and size should be less than 100 MB, and submit them to the event page on the library's official website. 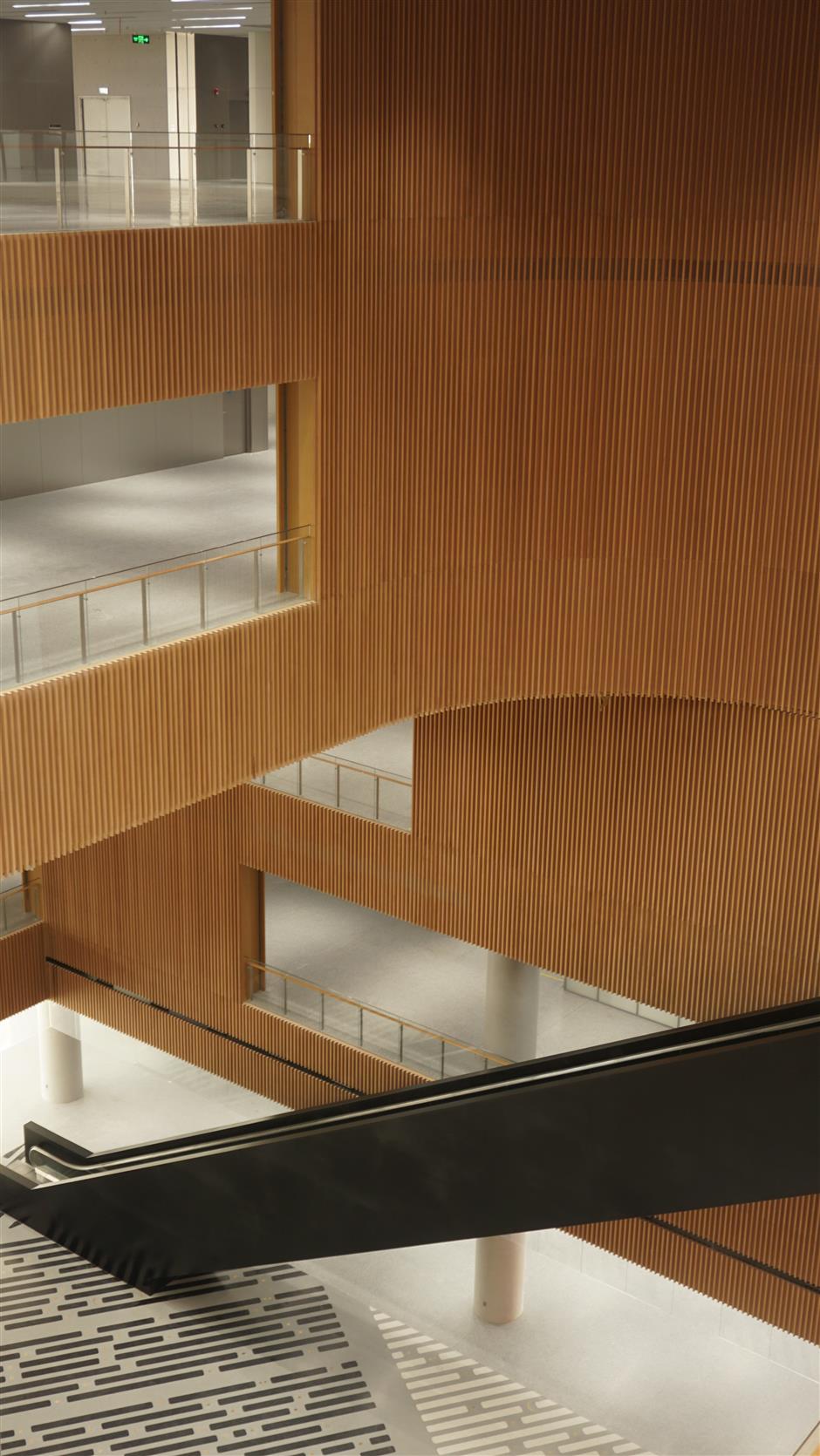 Another view of the Shanghai Library East's interior.

Meanwhile, the library has released a series of photos about its interior look. Through a large glass facade, sunshine lights up the hall and matches up with the yellowish-brown grating wall and milk-white uprights.

There's a specially designed area with lines on the ground of the hall, whose idea is generated from the text of newspapers. 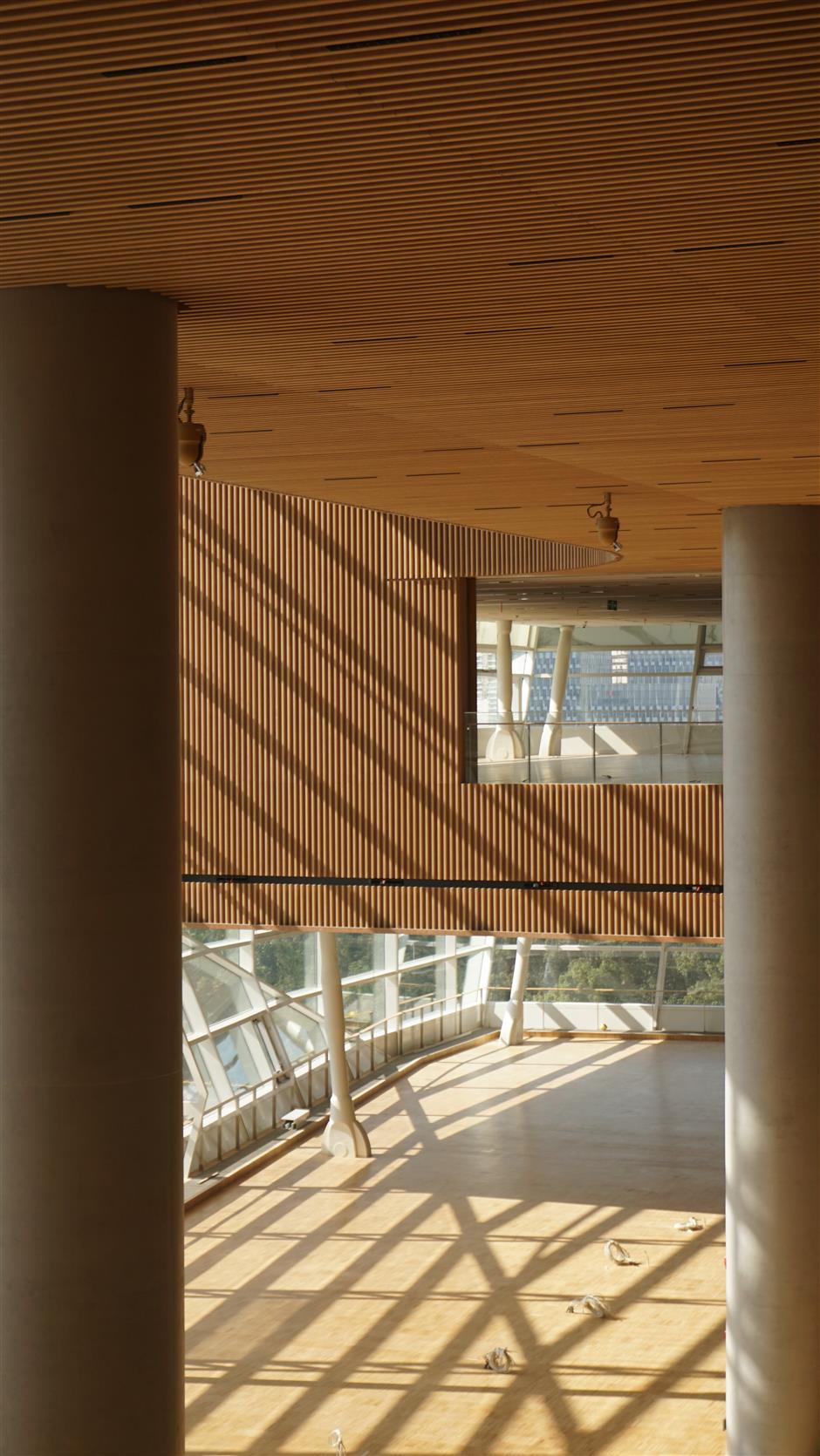 One more photo of its interior released by the East Branch of Shanghai Library.

The size of the Shanghai Library East is about 115,000 square meters, which makes it the largest library in an individual building. It has seven floors overground and two floors underground.

After it opens, it can provide nearly 6,000 seats for more than 200 lectures and some 1,000 academic events every year. The number of readers it receives in a year is estimated to reach 4 million. 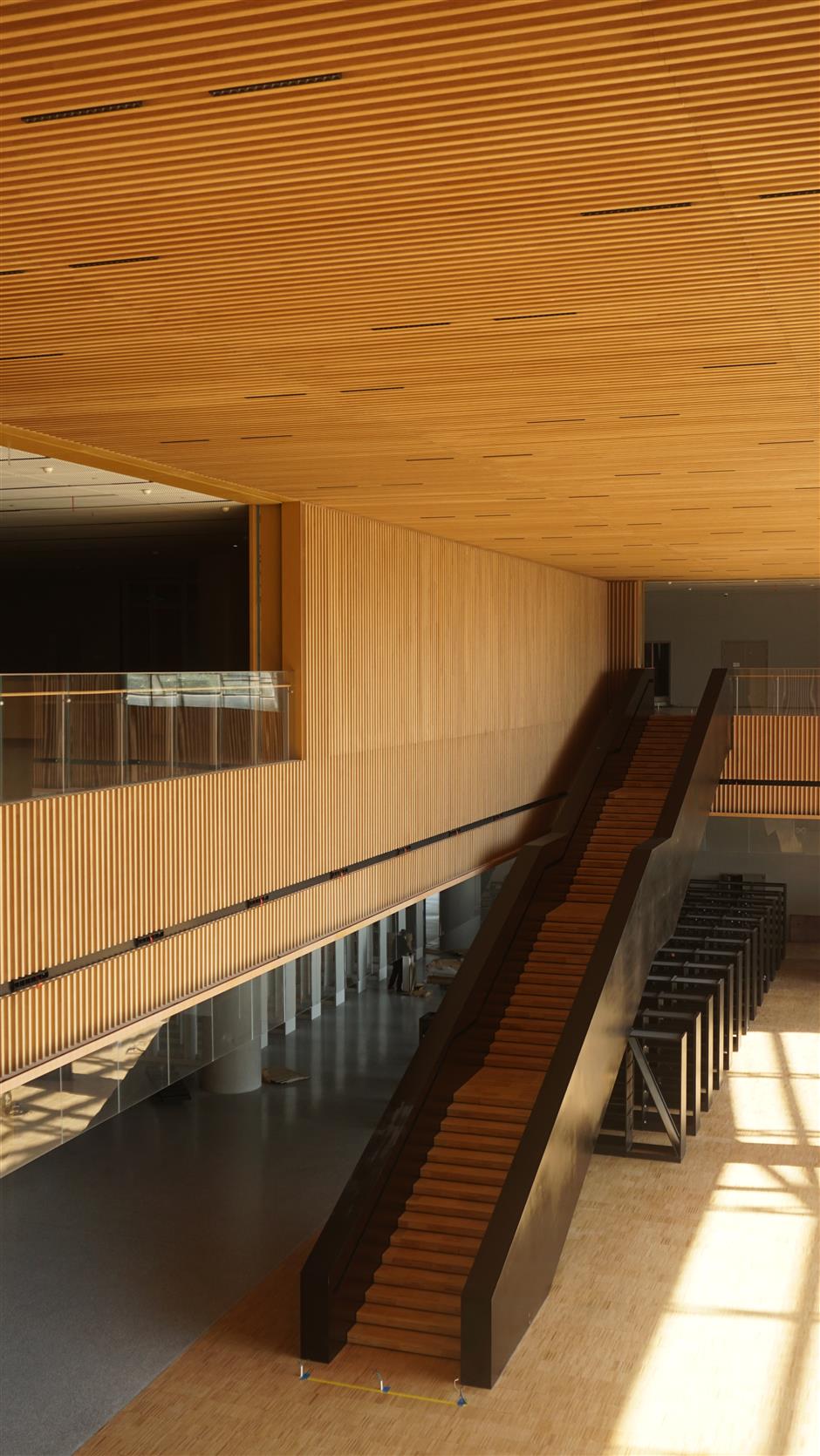 The Shanghai Library East with its interior facade.