City steps up aid to the homeless amid falling temperatures 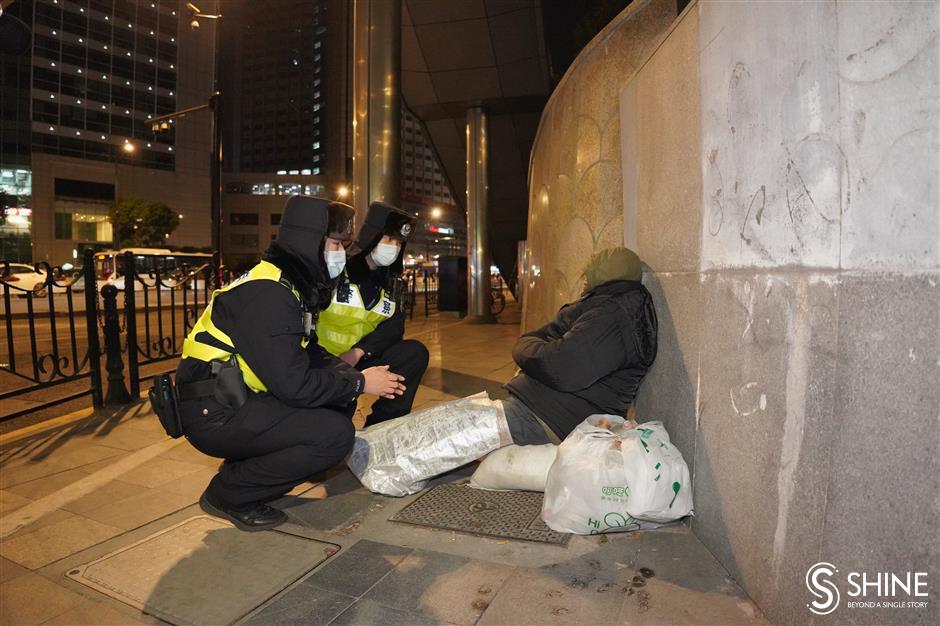 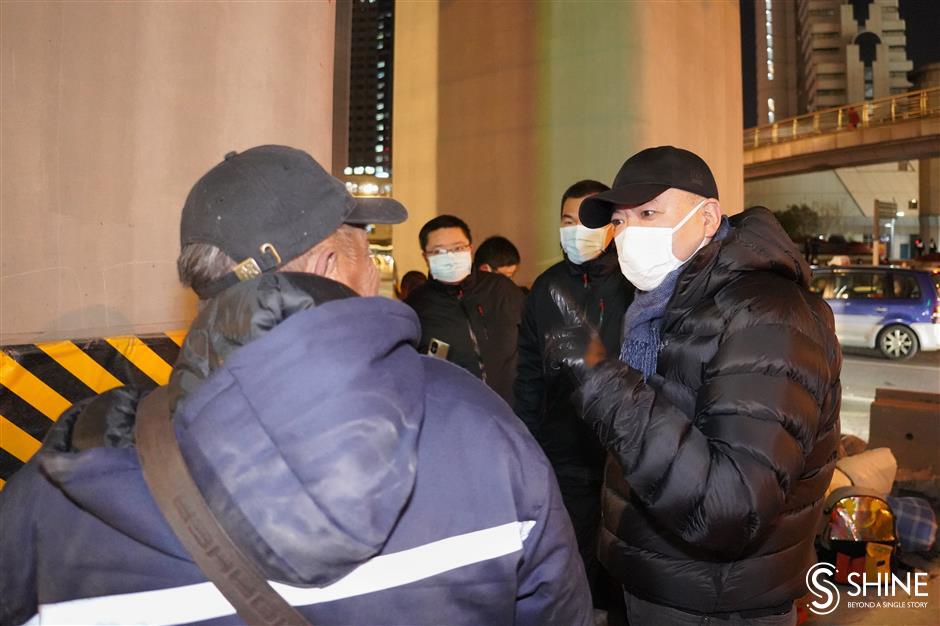 A civil affairs official talks with a homeless man in Jing'an District on Sunday night to learn whether he needs help.

Bracing for the latest cold snap, Shanghai officials have intensified patrolling on city streets to help the homeless get through the winter cold.

Particular attention is paid to seniors with dementia, the mentally ill, those with critical medical conditions and homeless youth, and areas such as railway stations, entrances and exits of Metro stations, green spaces and areas under bridges are particularly targeted as there are often a large number of homeless gathering there, according to the Shanghai Civil Affairs Bureau.

For those who do not want to go to shelters, free hot water, instant noodles and quilts are being distributed with cards containing contact details of shelters attached. 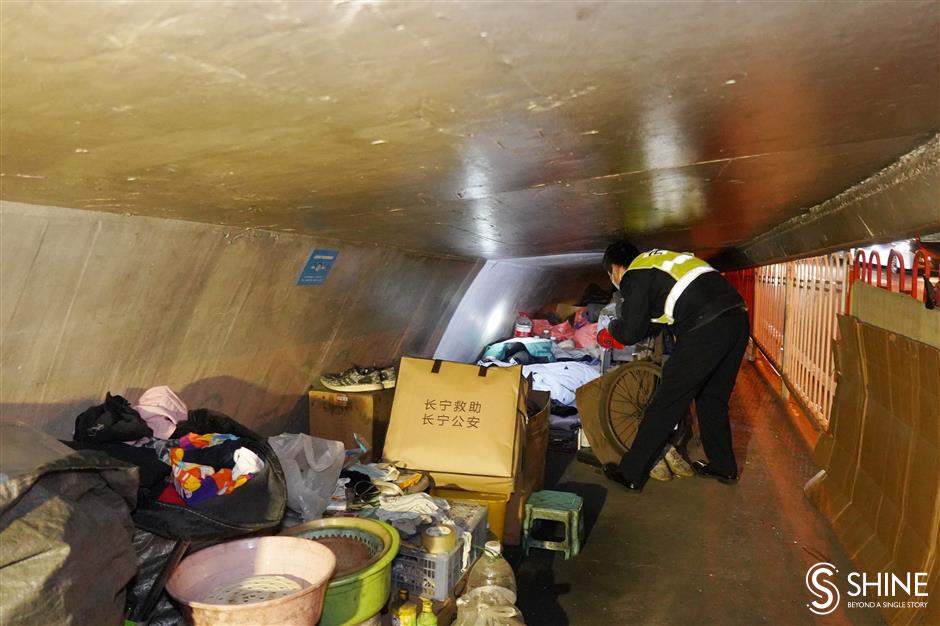 On Sunday night, the city's police, as well as civil affairs and urban management officials, patrolled the streets in Changning and Jing'an districts.

"We have stepped up patrolling recently, and our night shifts last from 10pm to 1am daily," said Ge Chenbing, deputy director of the Changning District Shelter Management Station.

A round-the-clock aid system has been established in the city, involving police and also civil affairs, urban management and health authorities.

Measures against COVID-19 infection have been put in place to ensure safety at these shelters.

Residents, sanitation workers, bus and cab drivers, and nighttime security guards are encouraged to call 110 or 12345, a 24-hour government-run, public-service hotline, if they discover homeless people in need of assistance.