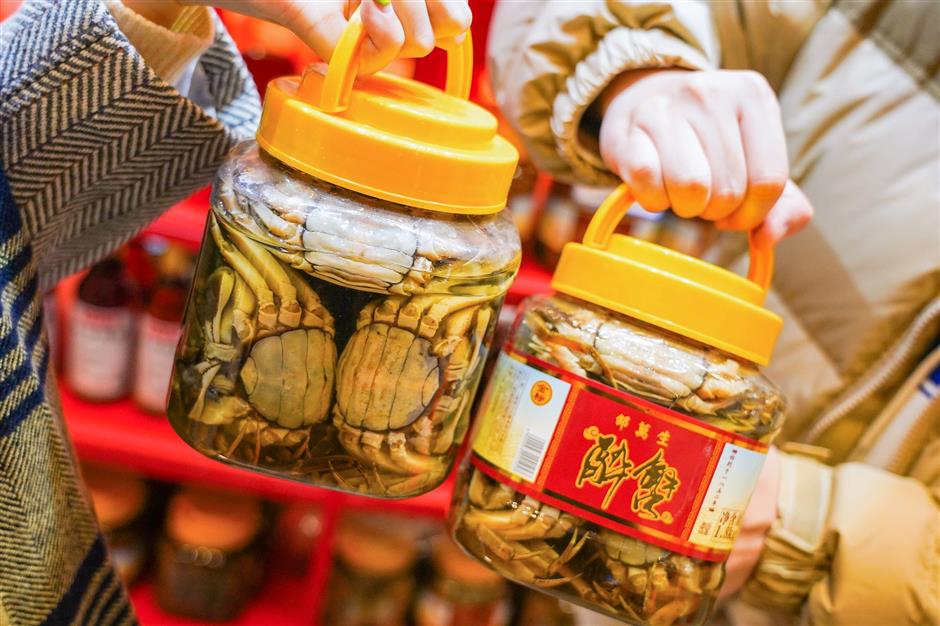 Due to travel restrictions amid the COVID-19 pandemic, many people from outside Shanghai and abroad will have to spend the Chinese New Year, the Year of the Tiger, February 1, in the city.

To be fully prepared for the most important festival and family reunion of the year, local households usually start their shopping weeks in advance.

Shopping lists will include traditional snacks such as walnut cake, fried dough twists and fried pumpkin or sunflower seeds. These sweetmeats are usually served after family banquets on the eve or the first day of the Chinese New Year for relatives to sit around a dining table and chat with each other. 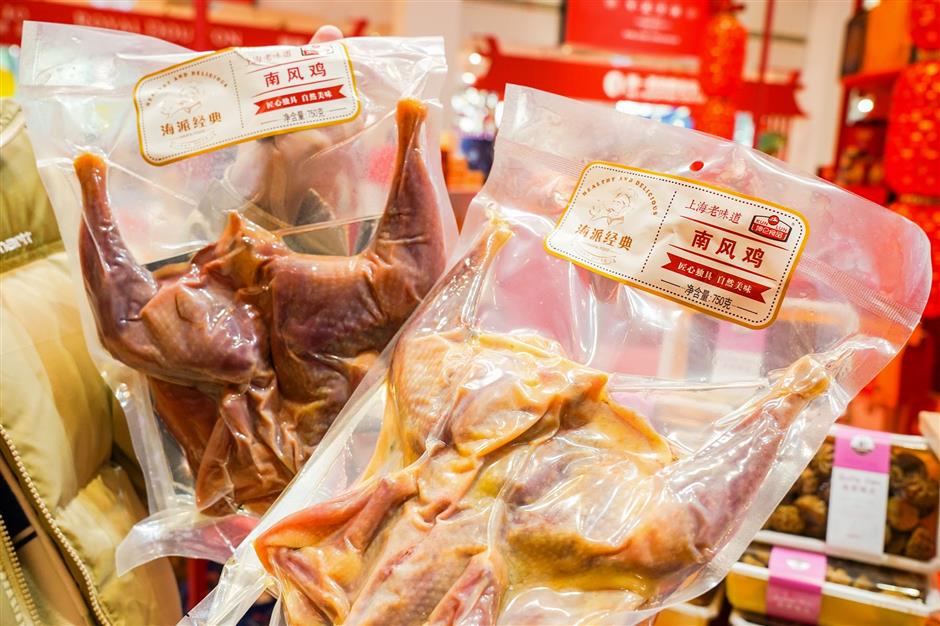 Salty chicken and duck at the bazzar.

Salty chicken, duck or fish, which are also available at the bazaar, are common New Year gifts for Shanghainese.

The dried delicacies are usually hung under the eaves along with traditional sausage. They are still a sign of festive ambiance at some traditional local lane-style neighborhoods in the old town.

A traditional Shanghai brine, zaolu is made with a sauce extracted from aged distilled grain and then seasoned with herbs and spices. Soaked into cooked and chilled meat, vegetables and seafood, it produces fast and simple appetizers that can help boost appetites.

Babaofan (steamed sweetened glutinous rice with eight different ingredients) is indispensable on the dining table for the lunar new year for Shanghai people. The ingredients involve auspicious wishes for a healthy and glorious New Year.

Babaofan from from 171-year-old Xing Hua Lou has become the most popular products at the bazaar, along with other rice snacks like niangao (glutinous rice cake) and songgao (soft and fluffy rice cakes filled with red bean paste). 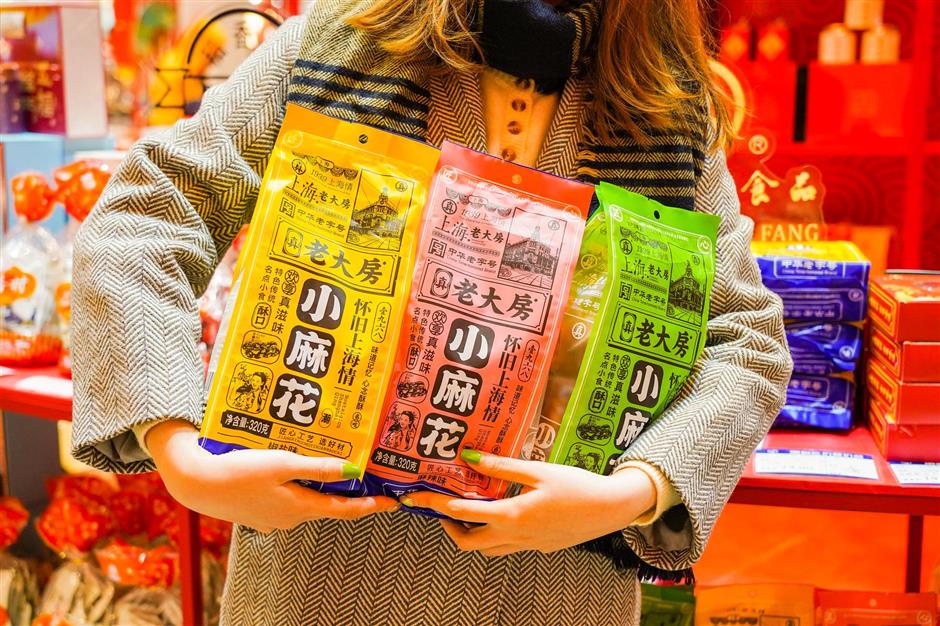 Meat counters are piled high with poultry and hunks of Jinhua ham, along with dried, marinated and preserved meats, poultry, seafood and vegetables.

Shanghai Museum unveiled its newly developed cultural products at the bazaar, mainly inspired by the tiger image of the museum's key exhibits.

A tiger-head pillow is based on the New Year painting of the woodcut seal of Zhangzhou in southeast Fujian Province. The tiger image has also been made into a key ring, which has chip for the city's transport card.

After New Year shopping, visitors can pose with classic local landmarks at Old Shanghai Flavor Street on the sidelines of the bazaar. The Great Theatre of China, Grand Theatre and Wangkai Photo Studio are restored with rickshaws, sewing machines, monochrome televisions and other nostalgic appliances once popular in the city in the 1920s. 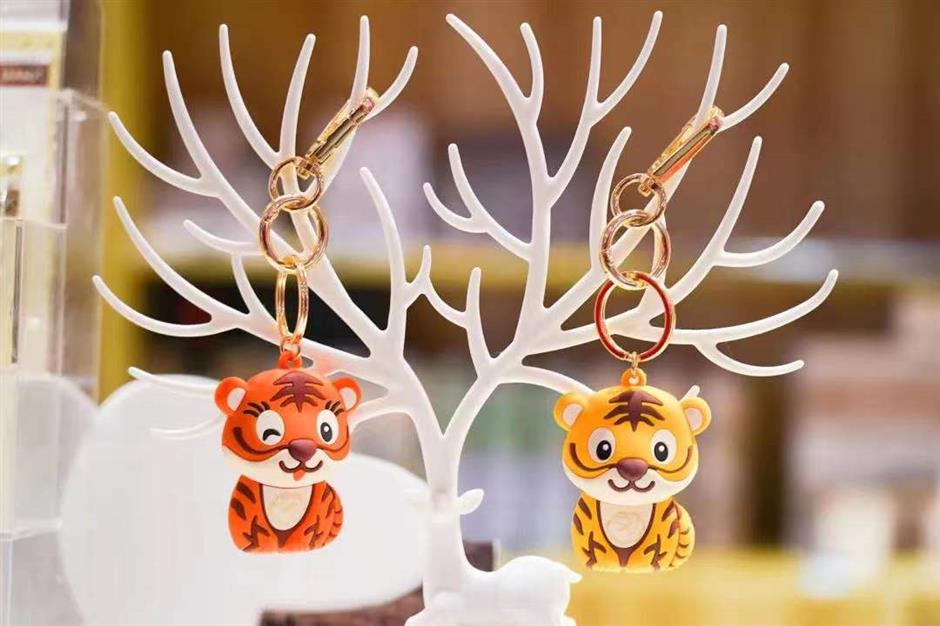 A key ring from Shanghai Museum for the Year of the Tiger.