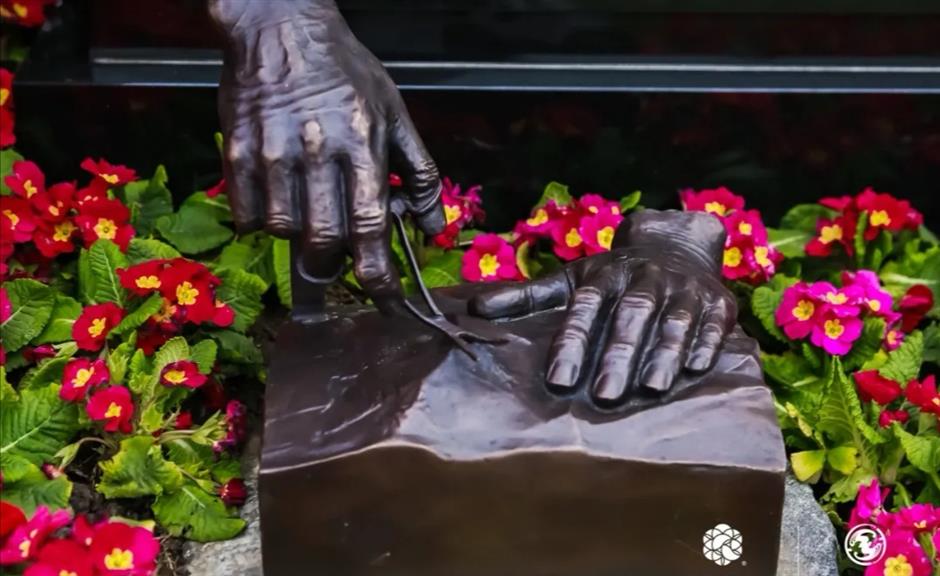 People lit candles, laid flowers and gently wiped the gravestone as they bid farewell to Wu Mengchao, the "father of Chinese hepatobiliary (liver) surgery" who died at the age of 99, as his urn was interred at Shanghai Fushouyuan Cemetery on Thursday.

Via holographic projection and technical means, Wu's image and voice were replicated, a touching moment of the memorial service.

A starry sky was presented at the memorial hall, symbolizing that Wu once illuminated the life of many, guiding them on the way ahead like a bright star.

A micro film of Wu was screened. 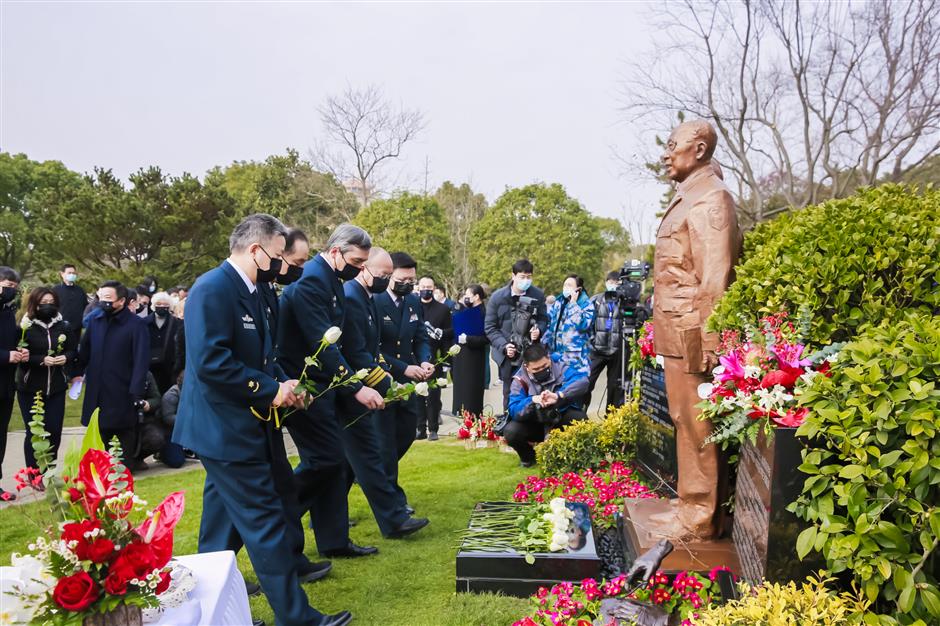 Twenty of Wu's students lit their candles one by one, and people in tears recalled his life.

At the end of the memorial service, the brightest star, symbolizing Wu, crossed over the sky and sparkled above his urn.

"My father said he would stand at the operating table all the time as long as his health allowed," said Wu Ling, elder daughter of Wu. "Although he perished, I believed he would continue his pursuit."

Wu's urn was interred in the cemetery's Fenghe Garden.

Wu and his wife's statues were unveiled after the memorial service and his children wiped the tomb.

To solemn music, attendees laid flowers and bowed in tribute to Wu.

The statues were created by Jiang Tieli, vice dean of Shanghai Academy of Fine Arts of Shanghai University.

A stone tablet on the right of Wu's statue is a model of his hands.

Years spent in the operating room led to his fingers becoming permanently disfigured. These marks are a tribute to his dedication to medicine.

"I worked with Wu for 27 years, and I witnessed his devotion and brilliant achievements," said Yan Xuanyang, a former colleague. 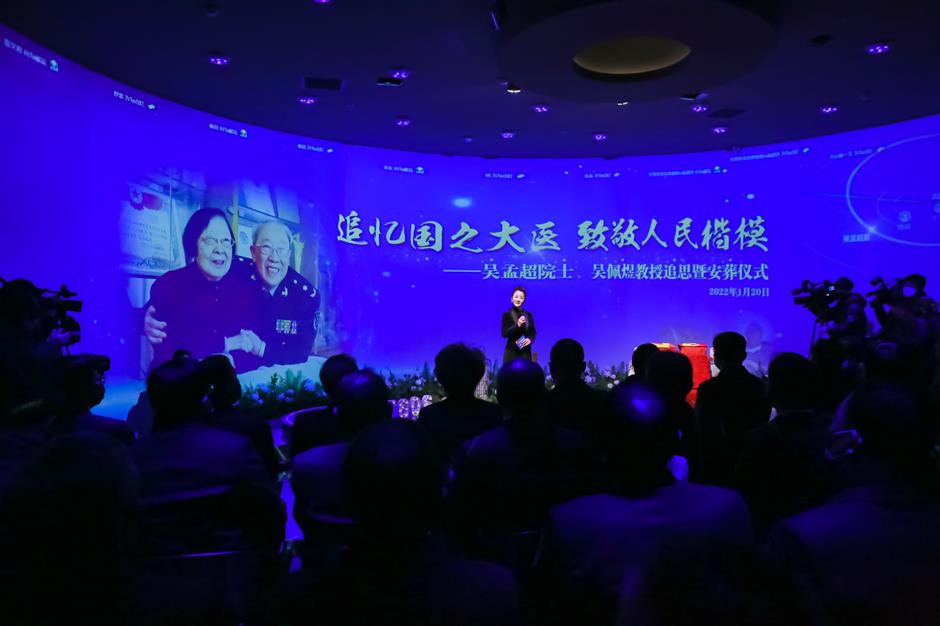 "Wu's noble spirit and marvelous medical skills are as dazzling as the stars, illuminating people's way ahead," said Yan.

A digital memorial hall was launched by the cemetery on Thursday. It comprises six exhibition halls to honor Wu's life.

Visitors to the memorial hall will experience some symbolic moments of Wu's life, such as returning to his hometown from Malaysia in 1940, and performing his 14,280th surgery on his 90th birthday.

They can learn the stories behind Wu's life and pay an online tribute to him.

A hundred digital collections of an English-Chinese medical dictionary translated by Wu were launched in commemoration of him.

Wu, an academic with the Chinese Academy of Sciences, died on May 22 last year.

He established a unique system of liver surgery and devoted himself to saving people's lives for nearly eight decades. He continued working into his 90s, seeing patients and performing operations until two years before his death.

In 2005, Wu was honored with China's top science and technology award. He created the theoretical basis for China's liver surgery and developed more than 30 medical innovations. Under his leadership, the diagnosis, cure and survival rates from liver surgery in China reached world's top standard.

He saved the lives of some 15,000 patients throughout his career. One of his liver cancer patients survived for a record 45 years after surgery. 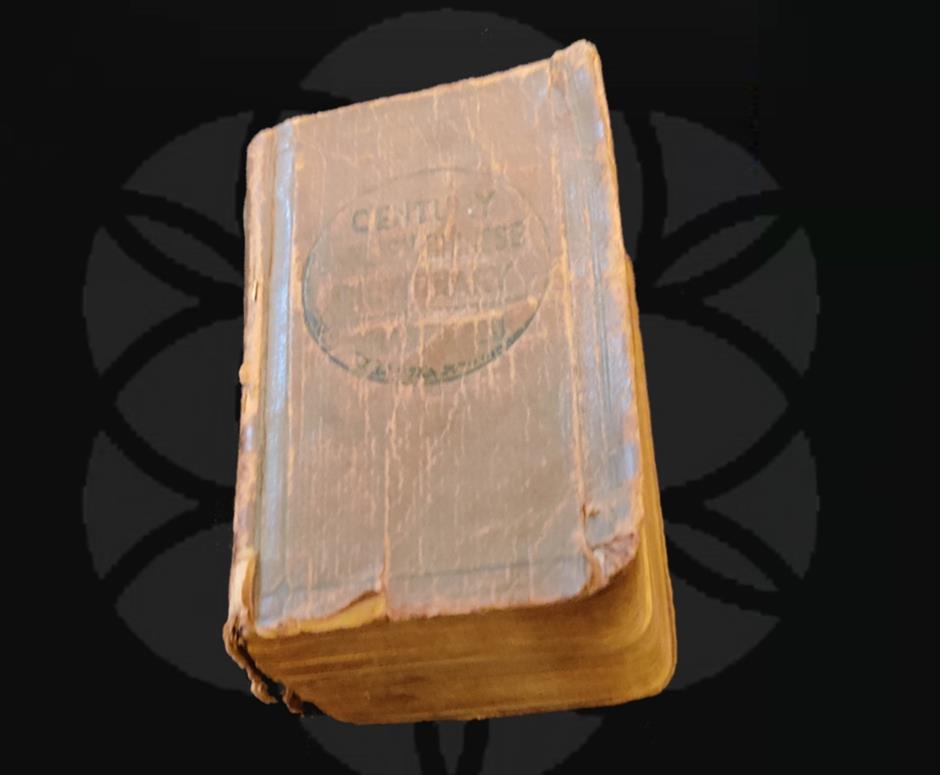 A English-Chinese dictionary used by Wu

He said his biggest wish was to cultivate more professionals with better skills. He trained more than 200 specialists, including several academics and top scholars.

In 2010, a minor planet was named after Wu in honor of his achievements. The planet named "17606 Wumengchao" was observed in 1995 by a team of National Astronomical Observatories.