Welcoming The Year Of The Tiger
Edited by Sun Chao. Subtitles by Hu Min. 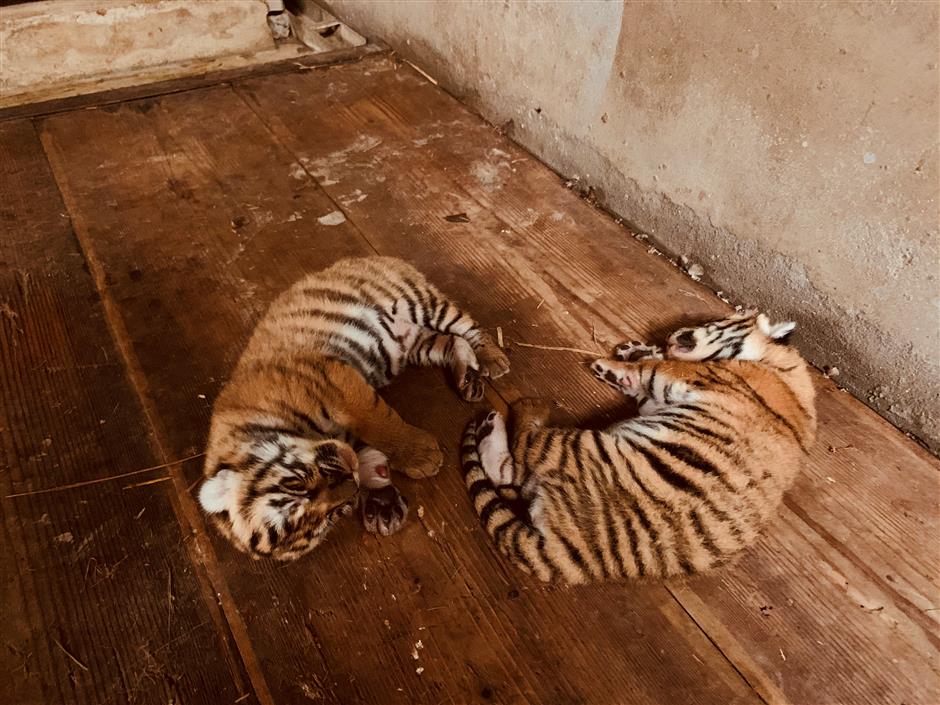 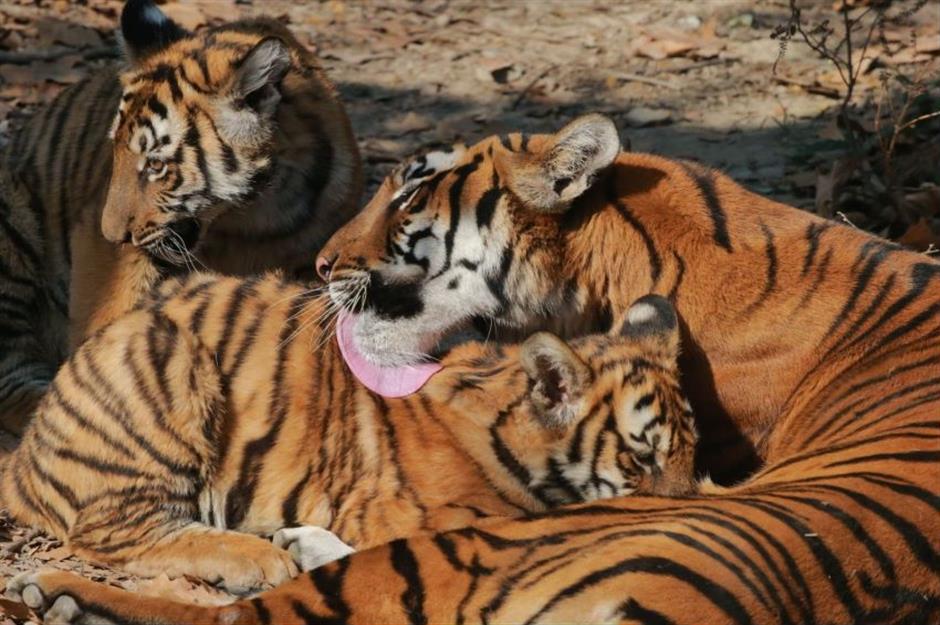 A warm moment for the family.

The Shanghai Zoo in Changning District is seeking names for a pair of South China Tiger cubs from the public.

They are growing healthily under the attentive care of their mother and keepers.

To prepare for weaning themselves off their mother's milk, the two began observing the eating habits of their mother when they were two-and-a-half months old, and they have already started nibbling on beef.

Their personalities differ as the sister is bolder and the younger one tends to be more vigilant when eating, the zoo said.

He takes time to observe the surrounding environment and only begins to eat when he feels it is safer.

The sister is fatter.

They both eat meat weighing between 1.5 and 2 kilograms daily.

They cling to their mom, like rolling over on her body and often stroll with her.

The cubs are learning skills such as chasing and pouncing from their mother.

The South China Tiger is almost extinct in the wild and there are only about 180 of them living in zoos across China.

People can send name suggestions for the cubs to the zoo's WeChat account. The deadline for submissions is January 30. Please explain the meanings of the names.

Ten finalists will win free admission to the zoo. 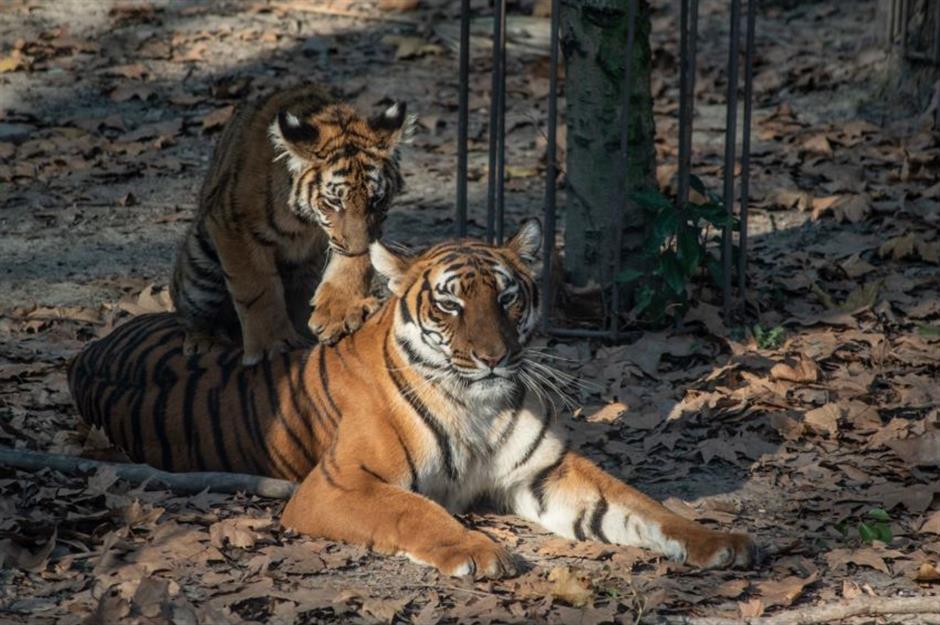 The mother with one of her cubs.