Gift of love and coffee for front-line medics 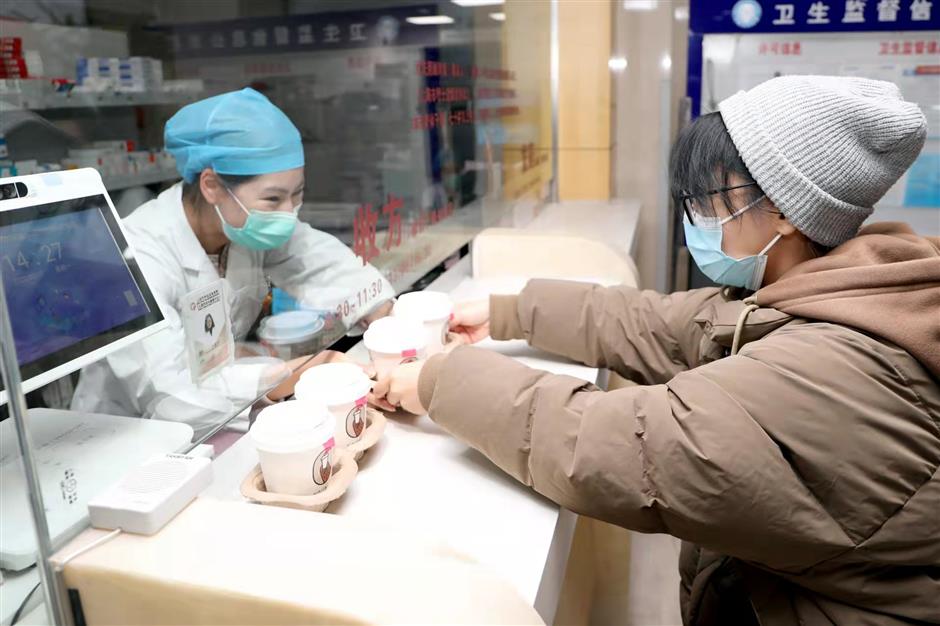 Staff from Hinichijou outlets, or the famous "bear claw" café, delivered coffee to local medical staff to express their gratitude.

More than 60 percent of Hinichijou staff have disabilities, ranging from hearing impairments to facial burns.

Disabled baristas from Hinichijou and volunteers took about 200 cups of coffee to Tongji University's Yangzhi Rehabilitation Hospital in Songjiang District on Monday, the first workday after the weeklong Spring Festival holiday.

Doctors and nurses said they were very moved and the coffee brought them energy and warmth. 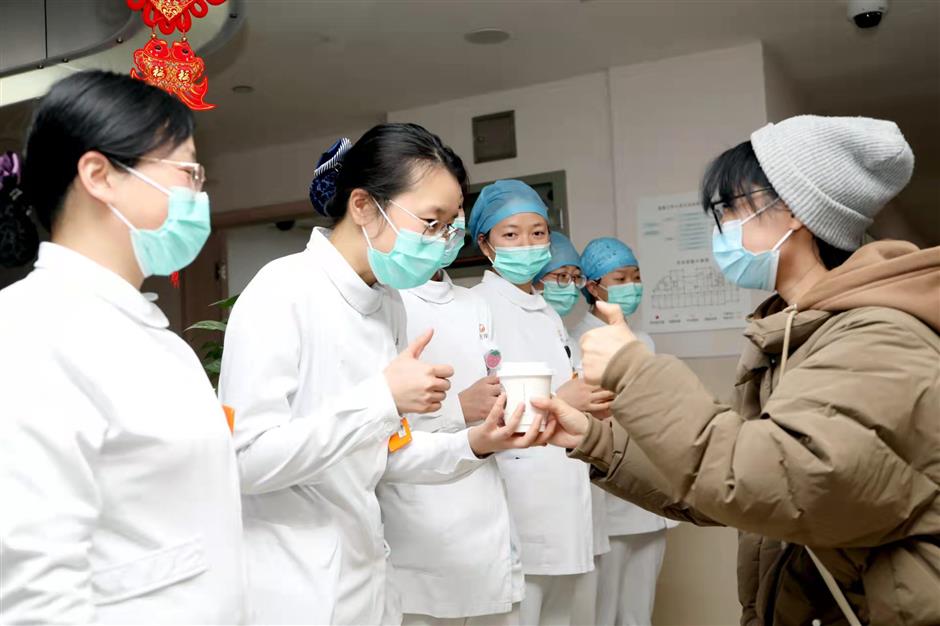 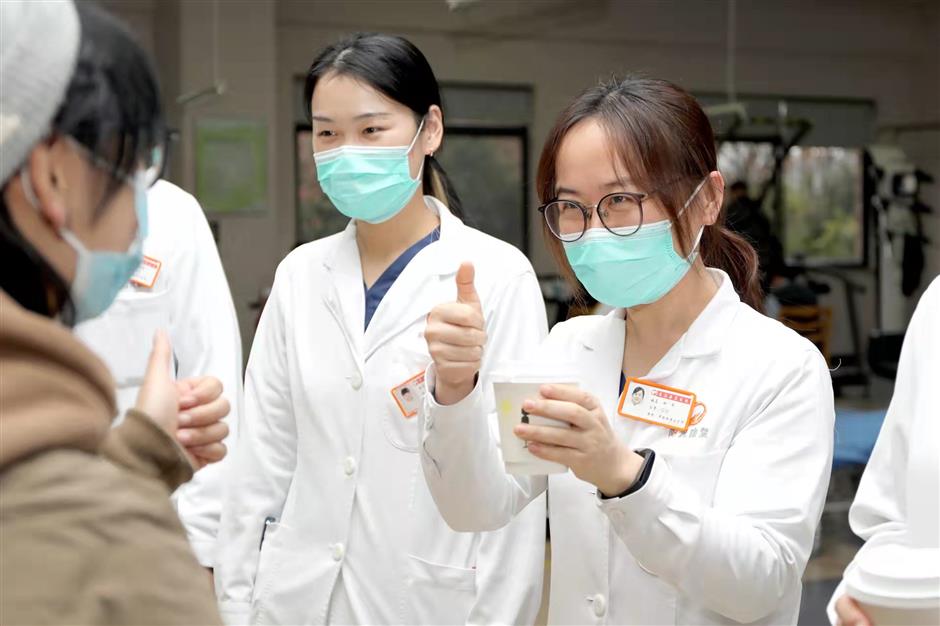 A doctor at Yangzhi hospital expresses her gratitude through sign language.

The campaign was launched by local medical union, disabled people's association and other organizations last month. They plan to deliver coffee to front-line medical staff during the COVID-19 pandemic. Hinichijou café is the first to participate in the project, which plans to deliver 300 cups of coffee every week to local hospitals.

So far the campaign has sent coffee to hospitals in districts of Huangpu, Jing'an, Yangpu and the Pudong New Area.

"We are glad the campaign visited our hospital. It is not only a rally of coffee but also a rally of love and support," said Zhai Hua, Party secretary of Yangzhi Rehabilitation Hospital.

The Shanghai Health Commission said on Monday that about 132,000 medical staff in the city have served during the holiday to offer medical practice and epidemic prevention and control.

Medics offered 1.6 million outpatient and emergency services and carried out 4,500 surgeries during the holiday.

During the festival, there were no locally transmitted COVID-19 cases, but the city reported 73 imported cases. A total of 137 patients were discharged after recovering and 10 asymptomatic people were released from medical observation.

By Sunday, a total of 22.4 million people were fully inoculated and 10.5 million had received booster shots, the commission said. 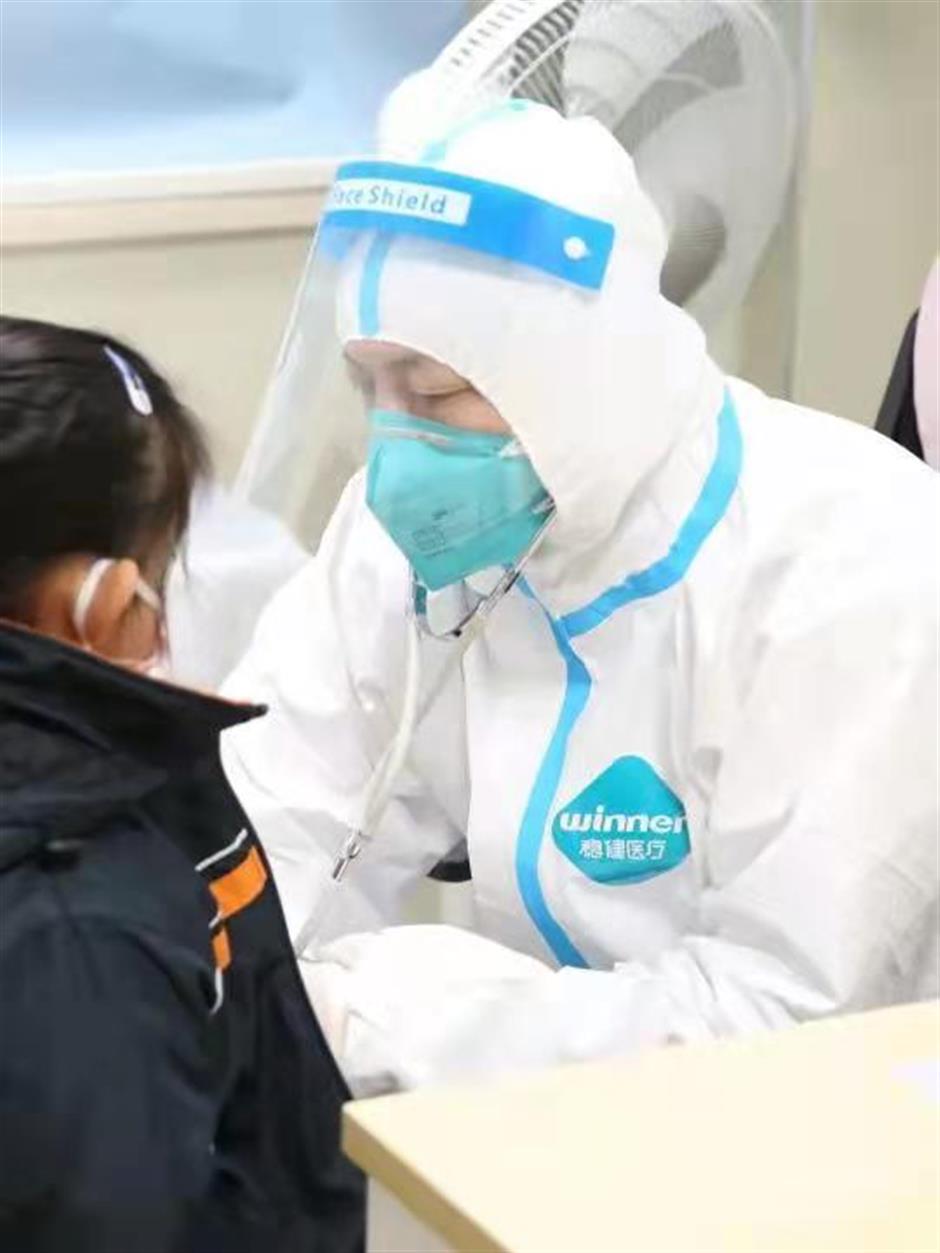 Medical staff at a fever clinic in Minhang District checks a child during the festival. 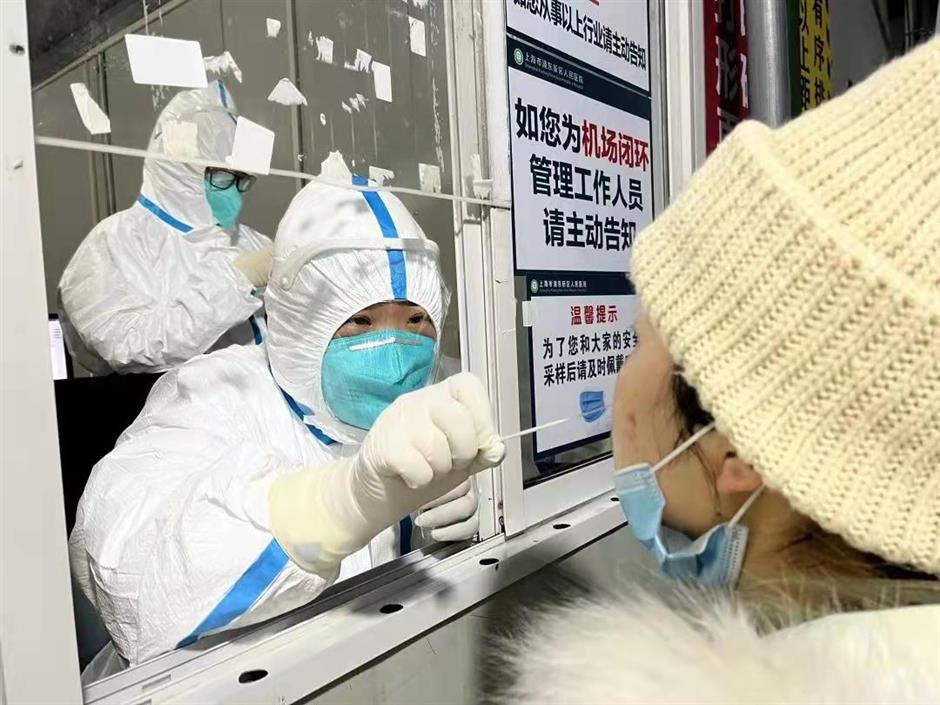 Medics at a nucleic acid testing spot in the Pudong New Area work during the holiday.