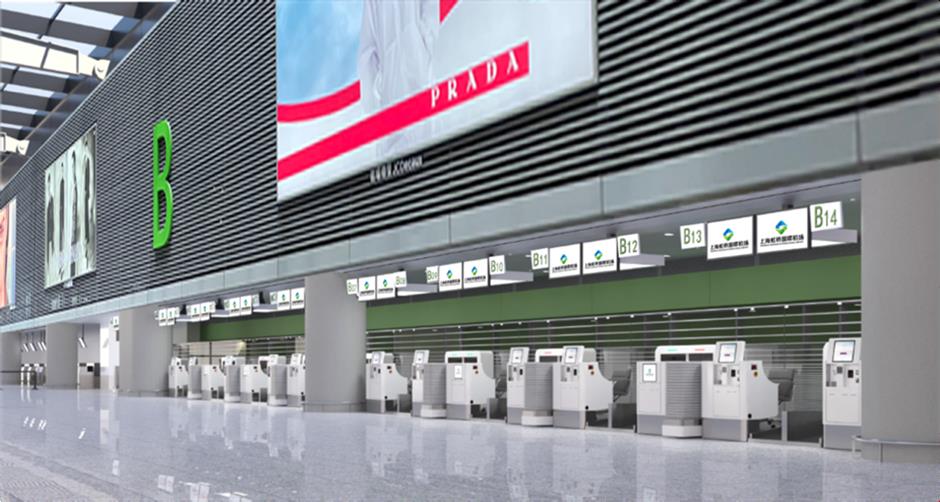 An artistic rendition of the future Section B area in Hongqiao Airport's T2 terminal.

The service counters for China Eastern, Shandong Airlines, China United Airlines and Chengdu Airlines have been temporarily relocated to nearby Sections C and D in T2 terminal.

Travelers are reminded to confirm the service counters with their carriers or the airport authority before checking in at the terminal.

There were no large crowds in Sections C and D Tuesday morning. Travelers waited in zigzag queues to check in at airline counters.

Renovations will be conducted on service zones in succession to reduce the effect on travelers, the airport official said. 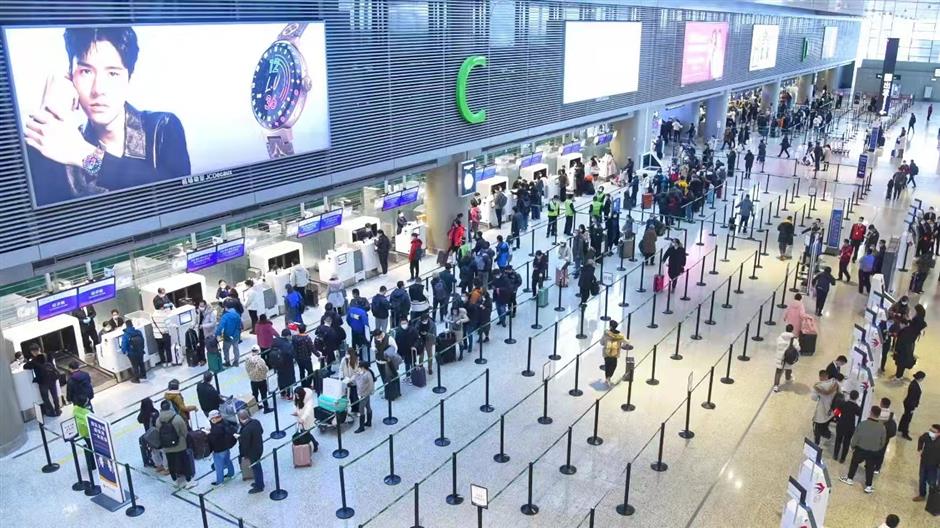 Travelers check in at Sections C and D on Tuesday after the temporary closing of Section B.