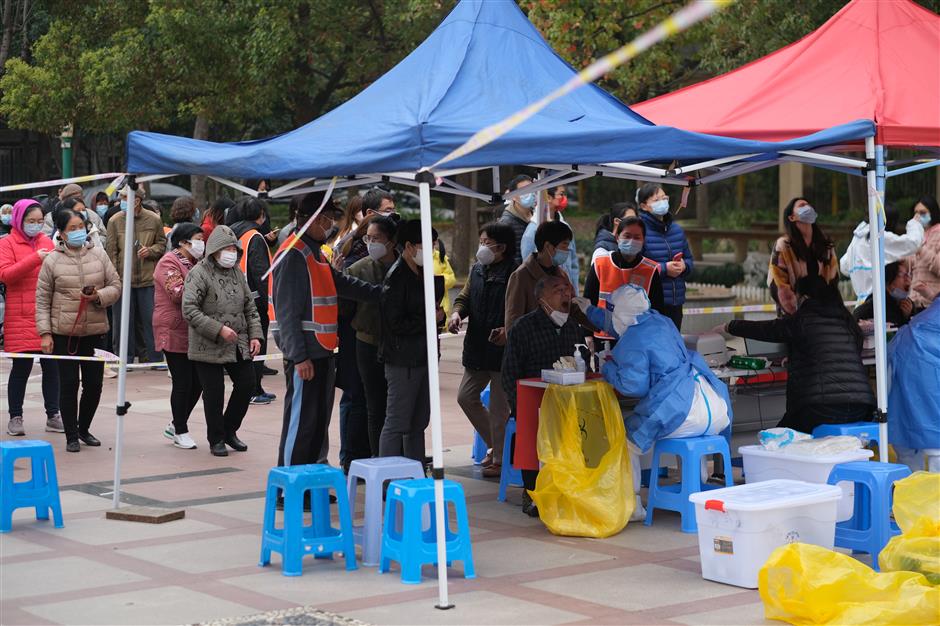 Citizens line up to receive nucleic acid testing over the weekend.

Shanghai reported both a record number of new COVID-19 infections and discharged patients on Sunday, marking the most arduous and key stage of the city's fight against the ongoing epidemic.

A total of 17 locally transmitted COVID-19 cases, including six former asymptomatic cases later showing symptoms, and 492 local asymptomatic infections, were detected on Saturday, a new daily record since the coronavirus outbreak in 2020.

He said the screening is key to find positive cases earlier and place the epidemic under control.

Residents of Shanghai's key subdistricts and towns, which have a higher risk of infection, have received two nucleic acid tests between Wednesday and Friday, known as the "grid screening." People living in low-risk subdistricts and towns are being tested once free of charge at staggered times through Sunday.

A total of 35 million nucleic acid tests have been conducted during the massive screening since Wednesday, Wu said. They include 14 million tests made during the "grid screening" and another 21 million tests during the ongoing low-risk area screening.

"The screening has made a good foundation for Shanghai to block further outbreaks by detecting potential infections and concealing transmission chains," he added. 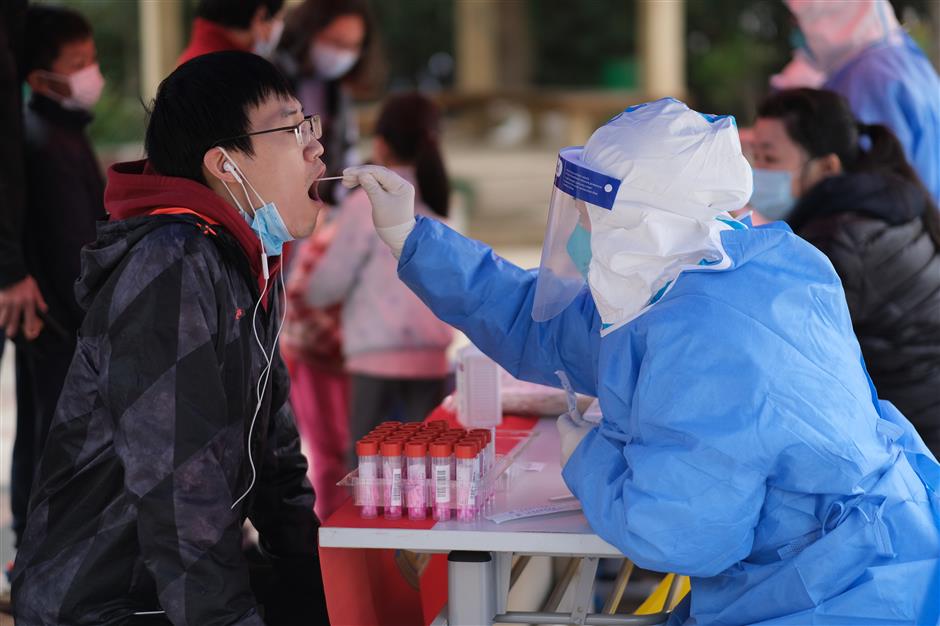 To meet the rising demands of testing during the screening, Shanghai has boosted its nucleic acid testing capacity. The city can now handle 1.9 million daily tests for individuals.

Li Jinming, deputy director of clinical testing center of the National Health Commission, has noted that it is not advisable for normal individuals to use the antigen testing kits, which are more suitable for groups with high risk and infection rates.

However, people should report immediately if they tested positive with the antigen self-testing kits, no matter if they had symptoms or not, Wu said. They will be sent to a nearby fever clinic to receive nucleic acid testing under COVID-19 prevention procedures.

Citizens under the ongoing screening are required to bring their IDs, mobile phones and QR codes on the health cloud app Jiankangyun. They must wear a mask, keep at least one-meter distance from others, avoid drinking or eating while waiting and wash hands after finishing the testing, Yuan said. 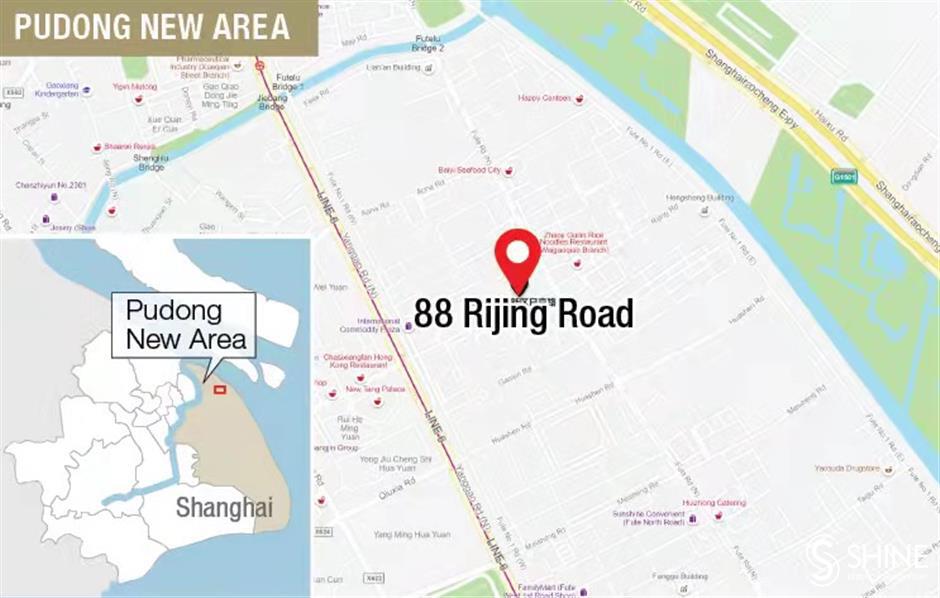 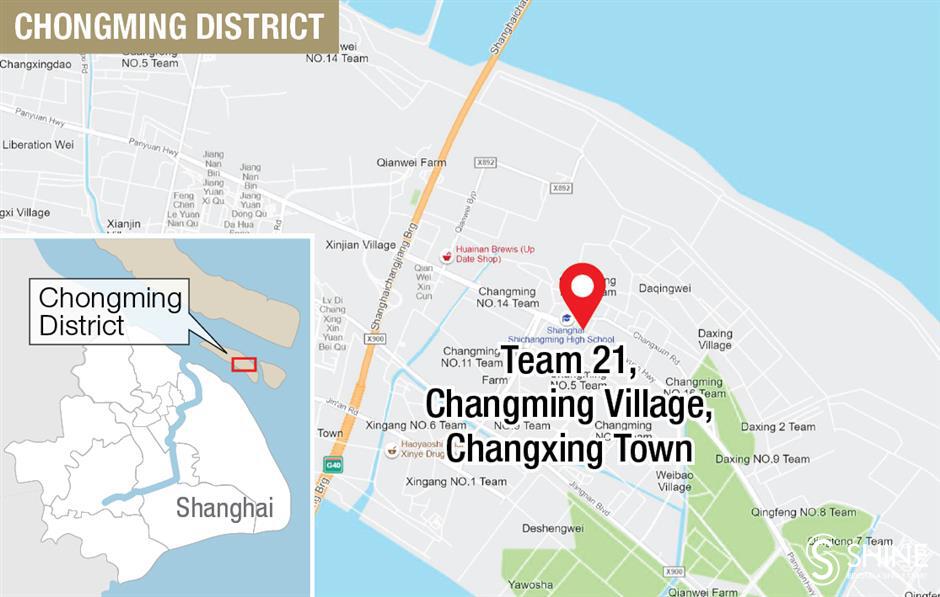 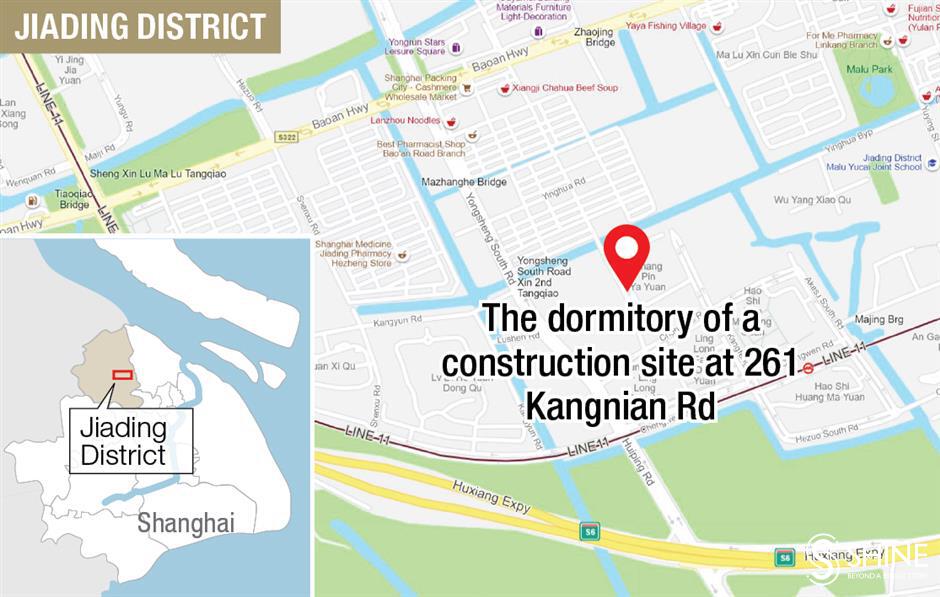 Shanghai had three new medium-risk areas in Chongming, Pudong and Jiading on Sunday.

Though no quarantine measures are imposed on communities during the ongoing testing, citizens are advised to stay at home before the result comes out, Yuan said.

"Attending dining parties or group activities before the result comes out are highly dangerous activities," Yuan stressed. "The current inconvenience is for freedom in future."

They include Team 21 of Changming Village, Changxing Town in Chongming District; 88 Rijing Road of the Pudong New Area and the dormitory of the construction site on 261 Kangnian Road, Malu Town in Jiading District.

1200 Caoxi Road N. of Xujiahui Subdistrict in downtown Xuhui has been downgraded to a low-risk area from medium risk.

So, Shanghai now has a dozen medium-risk areas. 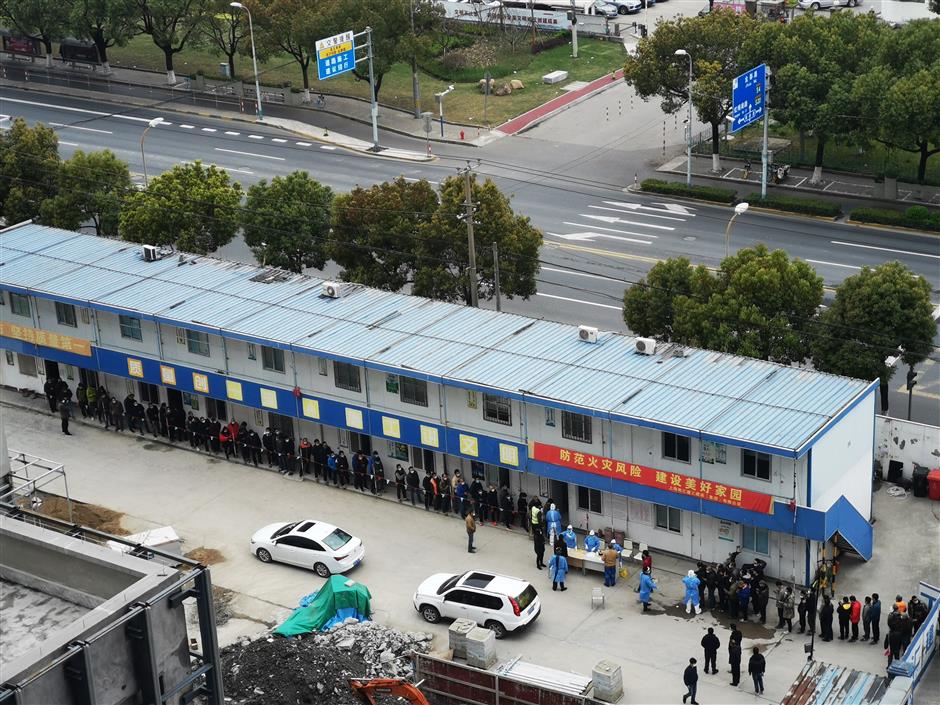 The hospital was quarantined after an inpatient from outside Shanghai tested positive on March 6. During the quarantine period, additional positive cases were detected. They were later transferred to the Shanghai Public Health Clinical Center for treatment.

The hospital later shut its other branches in Lingang, Pudong, and Shengsi County in the Zhoushan Archipelago of neighboring Zhejiang Province for COVID-19 screenings.

A long line of taxis waited outside the hospital on Saturday night to pick up patients after their quarantine. About 300 patients and 100 family relatives have left the hospital after testing negative in multiple rounds of nucleic acid testing during the quarantine. More than 300 local taxis were dispatched to the hospital to pick them up last night.

The recent trend and distribution of Shanghai's COVID-19 cases since March 1.