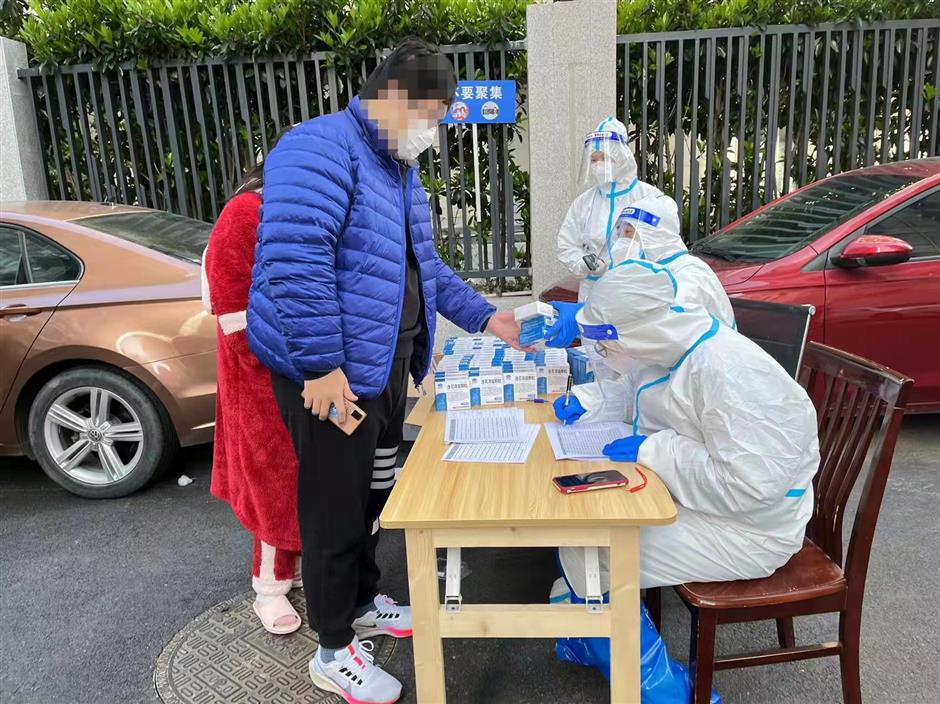 Traditional Chinese remedies, which reportedly can prevent or relieve the symptoms of COVID-19 infections, are being distributed to residents in Shanghai.

Since the COVID-19 resurgence in March, local districts and towns have distributed over 21 million preventive TCM medicines, which have "played a positive role" in erecting an anti-COVID-19 barrier, according to Fang Min, president of Shanghai Shuguang Hospital.

"We should have used the TCM earlier against the highly-contagious Omicron variant for the treatment of patients," Fang said at the daily COVID-19 press briefing on Tuesday. According to WHO studies, TCM can effectively treat coronavirus pneumonia, reduce severe symptoms and shorten the infection time, he said.

According to Fang, most TCM recipes for COVID-19 can restore vitality while also removing dampness and heat, which can reduce the virus' aggression. Citizens, particularly those in high-risk categories, can use preventive TCM recipes even when the pandemic is severe, he said. 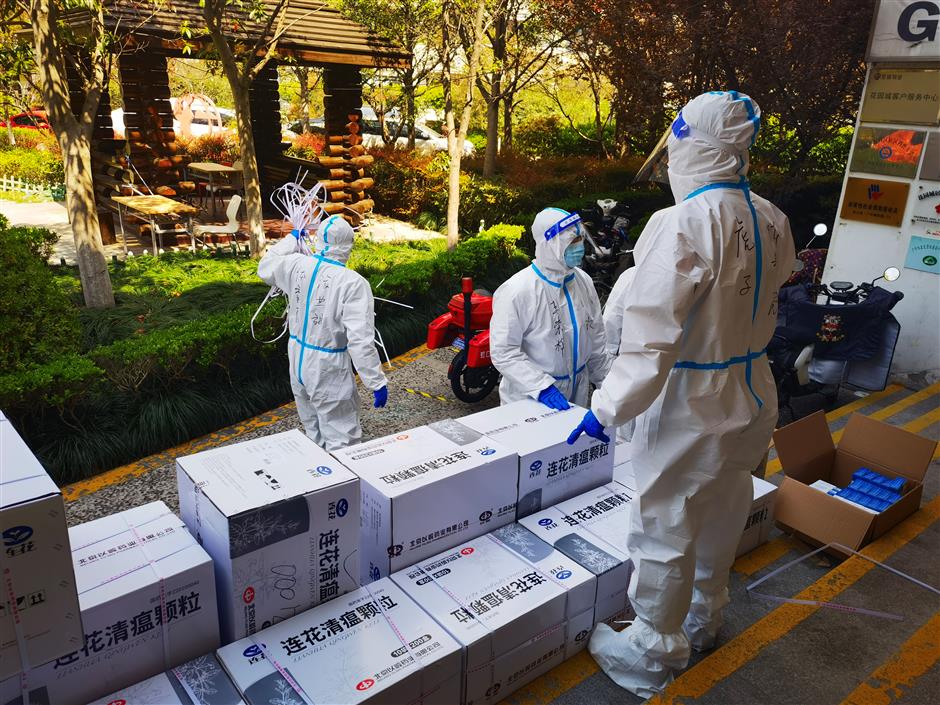 Community staff in Hongkou District handle boxes of Lianhua Qingwen capsules to be distributed to residents.

Hongkou District distributed 722,000 boxes of Lianhua Qingwen capsules. According to the district government, another 32,000 pieces of preventive TCM decoction have been given to staff and medical workers at local central quarantine hotels.

Most people can drink the preventive TCM recipes, but they should stop if they feel uneasy, according to Xu Guihua, deputy director of the Shuguang Hospital's respiratory department.

Citizens are asked to read the instructions before taking medicines like Lianhua Qingwen, Huoxiang Zhengqi or Shufeng Jiedu, Xu said.

People cannot take multiple medications at the same time. The elderly, children and people with chronic diseases must take the TCM medicines under the supervision of a doctor. It is not recommended for pregnant women, Xu added. 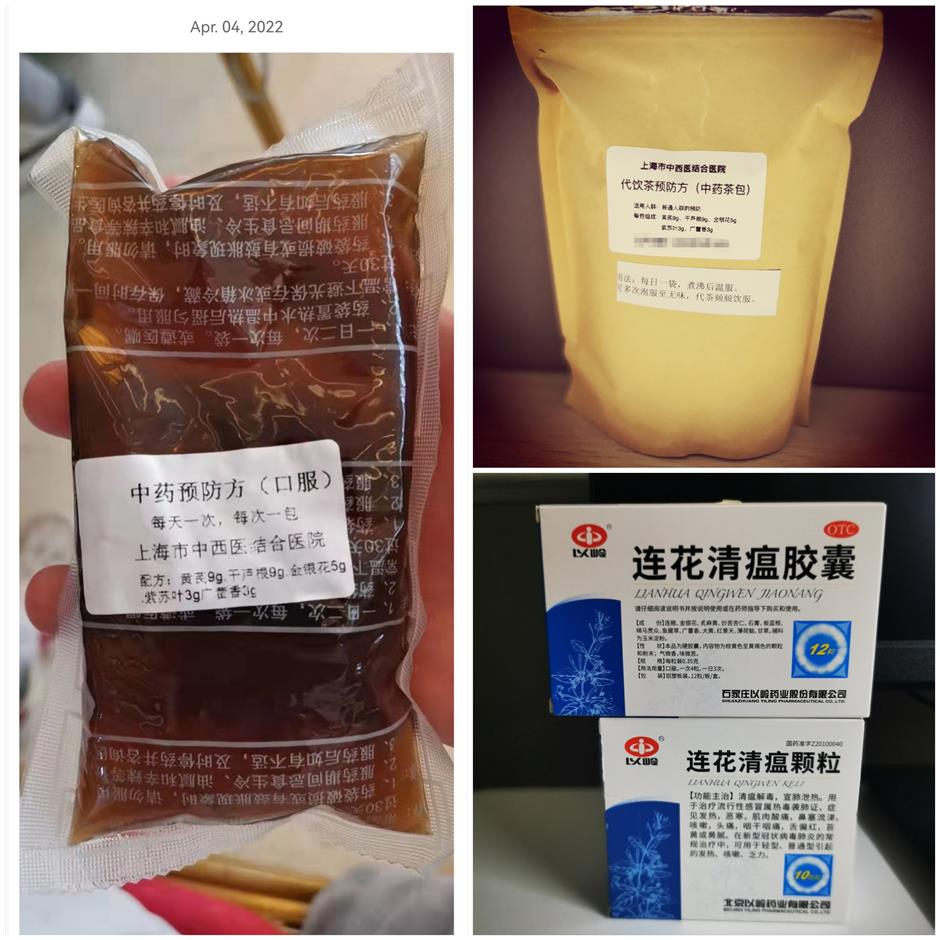 TCM decoction, tea bags and capsule are being distributed to local citizens.