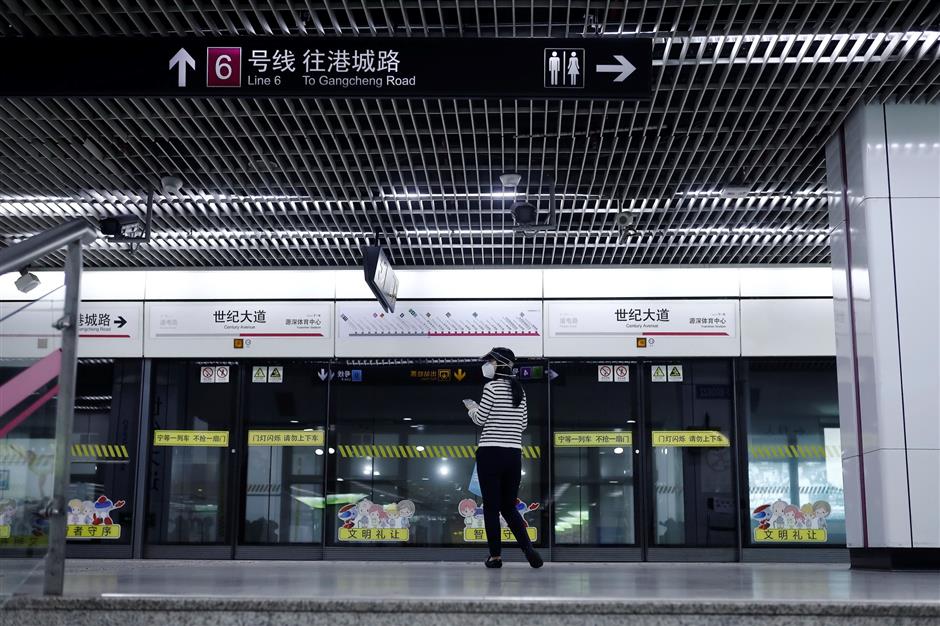 A passenger waits for Metro Line 6 at the Century Avenue Station amid the COVID-19 resurgence.

Metro Lines 6 and 16 in the Pudong New Area, which are the only two lines still operating, will suspend services beginning this afternoon.

Metro officials did not disclose the rationale behind the service suspension.

Most of the Metro system has been suspended since early April to aid COVID-19 prevention and control.