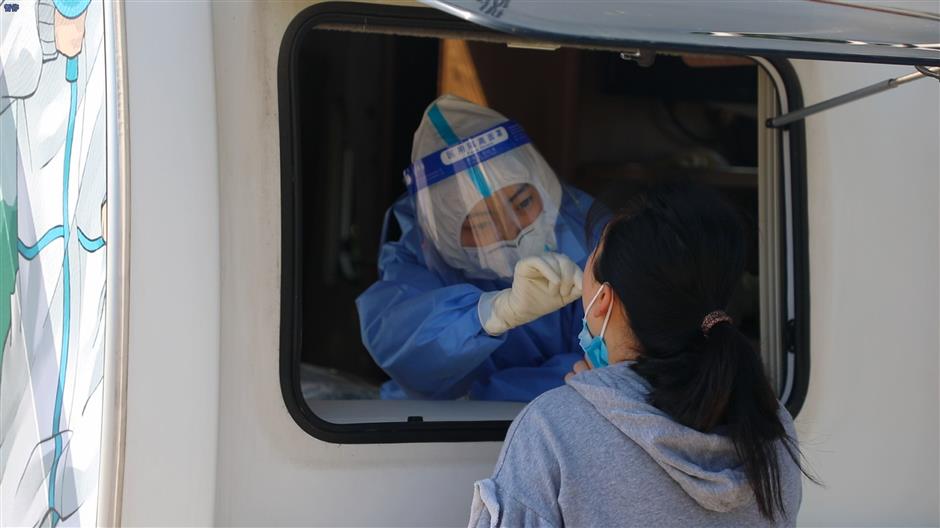 A caravan is used as a nucleic acid testing site. 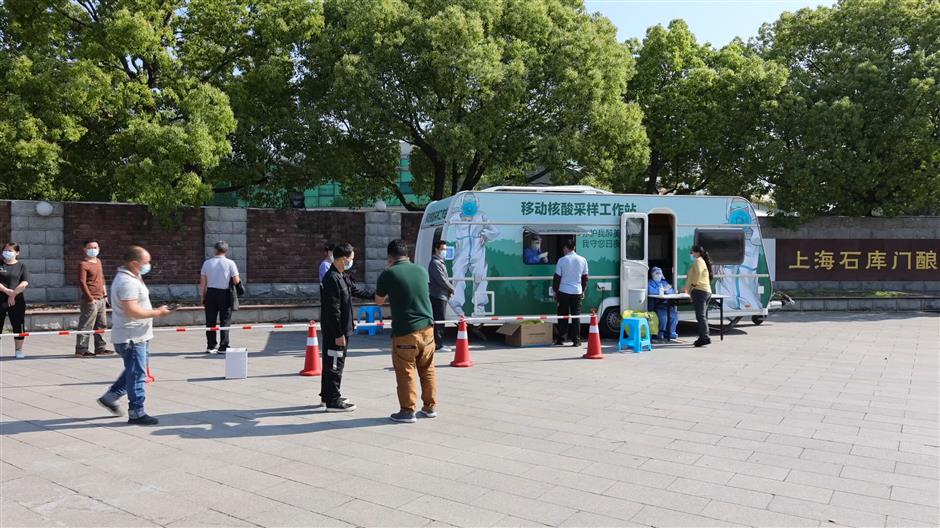 Jinshan is among the city's first districts to have achieved zero community transmission for COVID-19. Businesses have slowly begun to reopen, as have factories.

Since a negative nucleic acid test report taken within 48 hours is required for work resumption, the district has opened more than 200 testing sites. Two caravans, which were used for camping, have been converted as mobile testing venues. One of them was put into use last Friday outside a factory in Fengjing Town.

"Our camping sites were very popular before the pandemic struck, but this year there were very few visitors. So we decided to convert the caravans into testing sites," a local official, who refused to disclose his name, said. 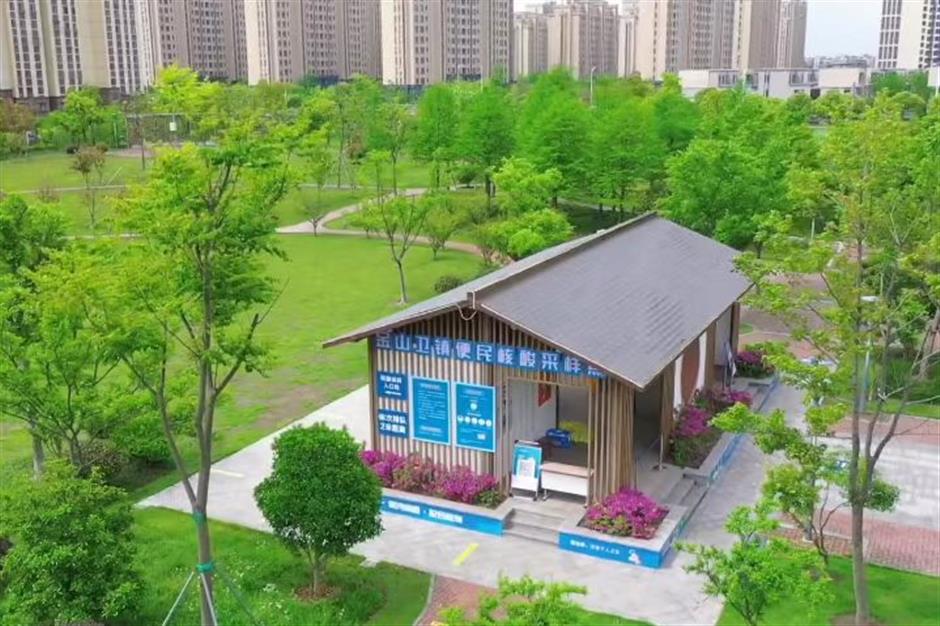 A nucleic acid testing site in the middle of a park.

"Previously, it took me about a half an hour to get to the nearest testing site. But now it is almost at my doorstep."

The district government said it would make the best of its resources to facilitate work resumption.