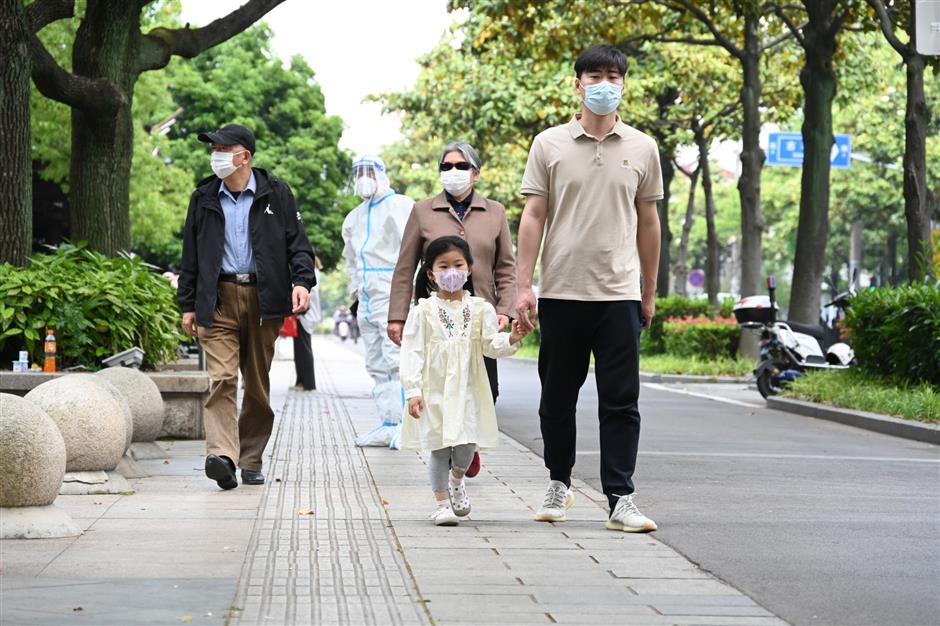 Taking a walk in a reopened park in Fengxian District on Monday.

The number of local infections fell about 12 percent to 823 on Monday, with zero community infections for the third consecutive day, said Zhao Dandan, deputy director of the Shanghai Health Commission.

Over 19 million residents, 78 percent of the city's total population, are in precautionary areas – communities, villages, companies and sites without a positive case in the past two weeks.

The number of residents in locked-down areas is 860,000, while about 3 million are in controlled areas.

The city government has announced precautionary areas will open in an orderly manner with limited movement and effective control. 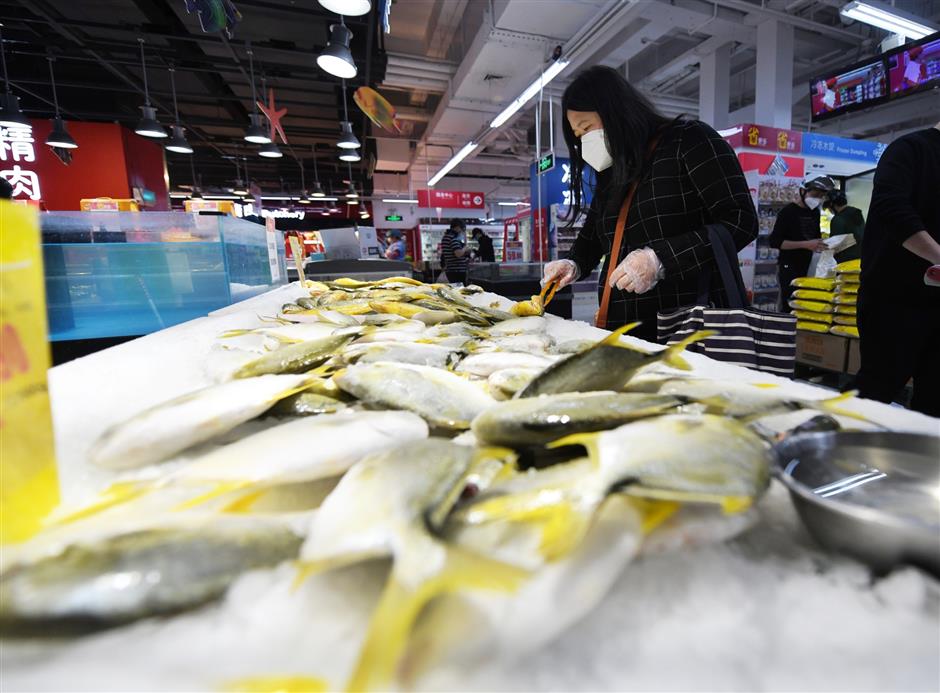 Customers shop at a supermarket in Xuhui District.

However, some downtown subdistricts and towns remain under "upgraded management" to keep reducing daily infections and prevent a resurgence.

In Yangpu District, for instance, which reported a third of the city's total new infections on Monday, all residents have been asked to remain at home for continuous PCR screening.

The Pengpu Community in Jing'an asked residents to stay at home until at least Friday.

In Quyang Subdistrict of Hongkou, only residents of "zero COVID communities" are allowed to visit a nearby Carrefour supermarket with a permit from their neighborhood committee. One resident from each household can go to the supermarket twice a week.

The health commission says local authorities can upgrade the management of precautionary areas if there are many locked-down areas nearby or if they face a risk of transmission from gatherings.

The city reported one COVID-19 death on Monday. The 92-year-old woman had severe underlying conditions and had not been vaccinated. 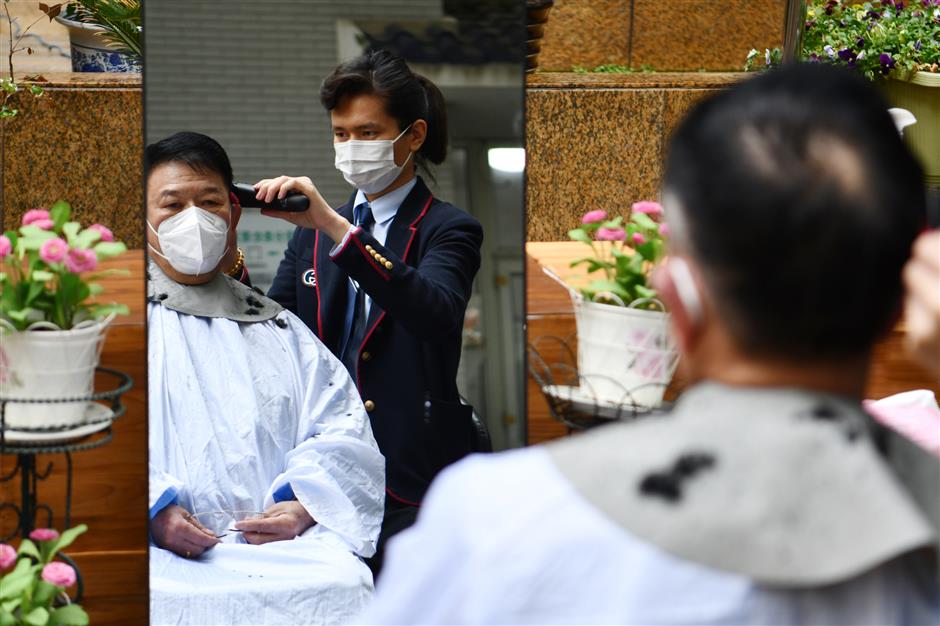 Time to get a haircut.

Of the COVID-19 patients in local designated and makeshift hospitals, 259 have severe symptoms and 64 are critical.

As the pandemic wanes, the first batch of 24 key local projects have been allowed to resume construction, according to Shanghai's housing and construction management commission.

They are mainly related to the science and technology industry, urban infrastructure or people's livelihoods, said Zhu Jianhao, deputy director of the commission.

The second phase of Metro Line 18 in north Baoshan District, for instance, has restarted construction, along with another 15 major projects, including the research and development building of the laboratory of the Zhangjiang High-Tech Park and the green data center of Tencent.

Zhu said only construction projects in the "white list" are allowed to resume work because of the risk of a COVID resurgence at construction sites.

All construction sites must be under closed-loop management with strict health supervision of each worker. 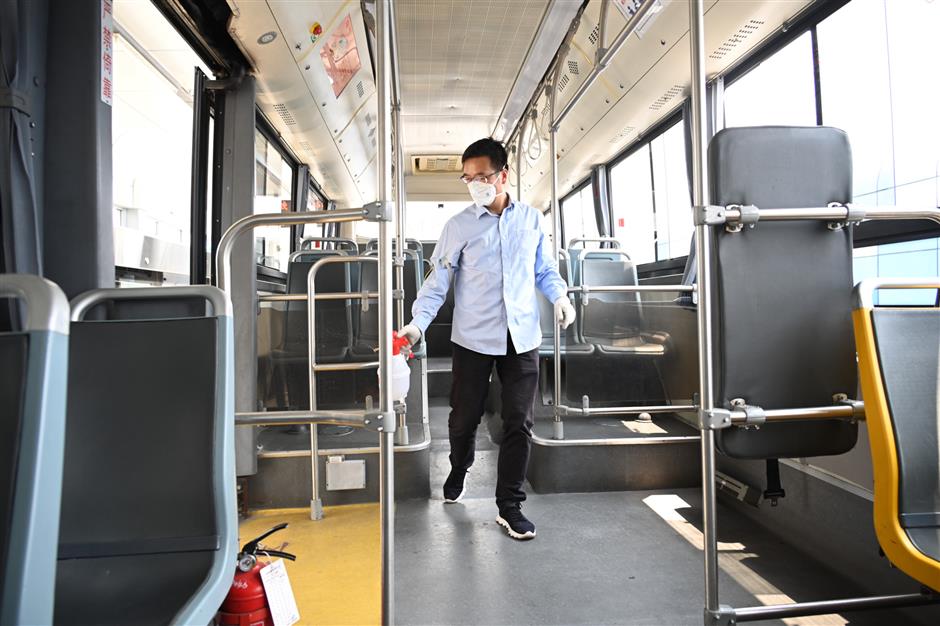 A driver disinfects his bus before taking passengers in Fengxian.