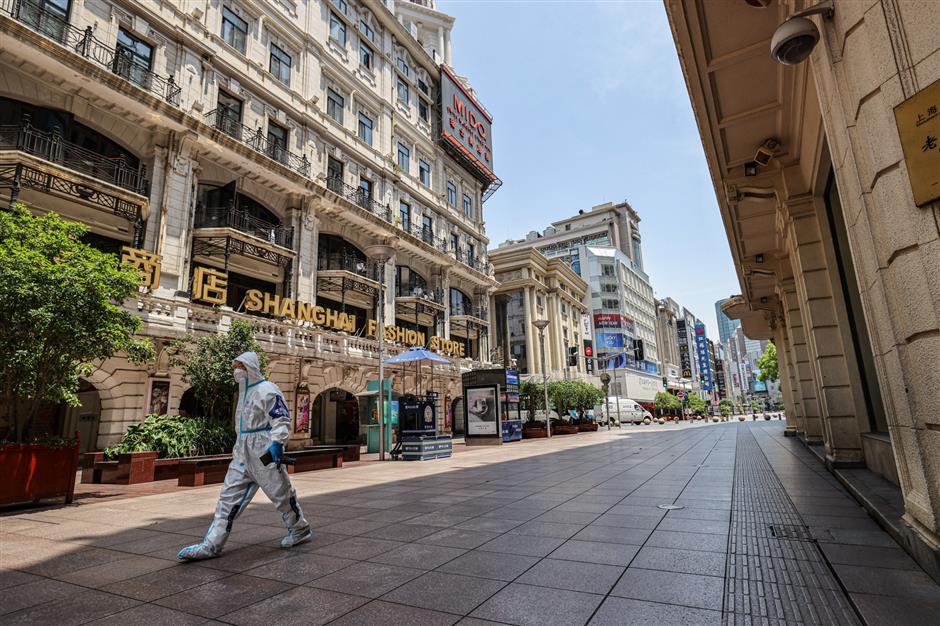 Shanghai's four restored Metro lines and more than 200 bus lines will operate with an interval of at least 20 minutes from Sunday, the Metro and bus operators said.

The first batch of Metro lines 3, 6, 10 and 16 will initially resume operations between 7am and 8pm from Sunday, along with 273 bus lines linking the city's airports, railway stations, hospitals and Metro stations.

The Metro lines will operate with an interval of about 20 minutes. In case of a COVID-19 resurgence, the nearby Metro stations will be closed, while the trains will skip or shorten operations, said Shao Weizhong, vice president of Shanghai Shentong Metro.

Quarantine areas have been set up at each station with hazmat suits and N95/KN95 masks in case any positive case is found among Metro passengers, Shao said.

Metro passengers must have a 48-hour negative PCR test report and the green health code along with a normal temperature under 37.3 degrees Celsius and wear a facial mask to take the Metro.

They should firstly scan the venue code before entering the stations. After the scanning, a page with both the health code and the PCR test report will be displayed. Passengers must show the page to security check staff and enter the station within an hour.

There is no need to scan the venue code again when they transfer to other lines.

Seniors, visually impaired and other special groups can bond their traffic card with ID information, or use a paper version PCR negative report to enter the station.

Shao said the Metro operator will increase the intervals or restore more lines according to the COVID-19 situation of the city.

The operator has finished the disinfection of all the 505 Metro stations as well as the air conditioning filters of all trains and stations. More than 12,000 venue codes will be placed at the entrances and exits, passageways, security checkpoints, service centers and ticket machines at each station. 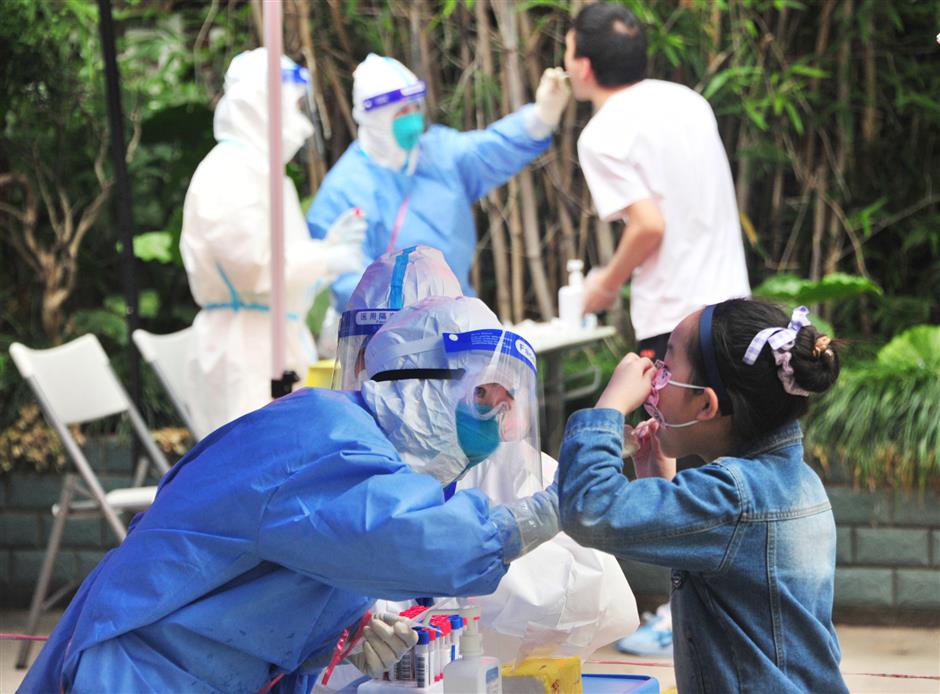 Meanwhile, the restored bus lines will run with an interval of at least 30 minutes from Sunday, according to Jiushi Bus Group.

The buses to Hongqiao airport and railway station will set off every 90 minutes, while the bus lines to Pudong and Shanghai Railway stations will run every hour.

The buses to Metro stations will set off every half an hour, while the lines linking local hospitals will operate in an interval of 40 minutes.

Passengers should scan the venue code after getting on the buses. Seniors and other special groups can use ID bonded traffic cards or paper PCR report.

Citizens are encouraged to bond their traffic card with their ID, according to the commission.

The taxi online reservation services will be restored from June 1 for people with a fever and who need go to hospital. People can still book a taxi from a neighborhood committee, or Juweihui, for medical purposes, the commission said.

The number of local infections rebounded slightly to 868 on Friday, with zero community infections.

Downtown Yangpu and Hongkou districts reported an increasing number of positive cases in locked-down areas and among people under quarantine. Both districts have released notices to suspend the reopening of supermarkets, and launch continuous PCR screening among all residents.

Zhao Dandan, deputy director of the Shanghai Health Commission, said all the close and secondary contacts of the three community infections in outskirt Qingpu District have tested negative after two rounds of PCR screening. 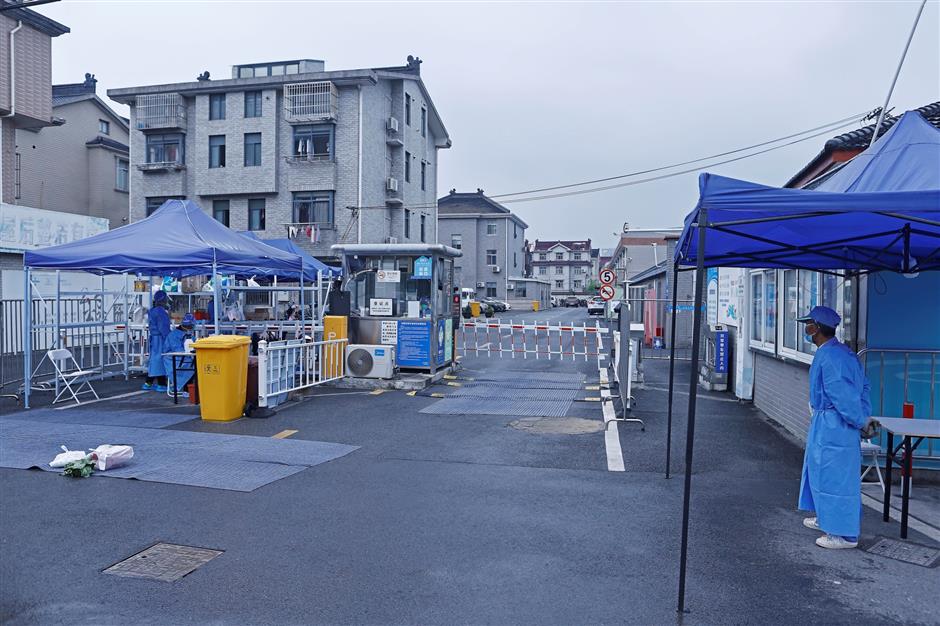 Ze'an Village in Qingpu District has been elevated to a medium-risk area.