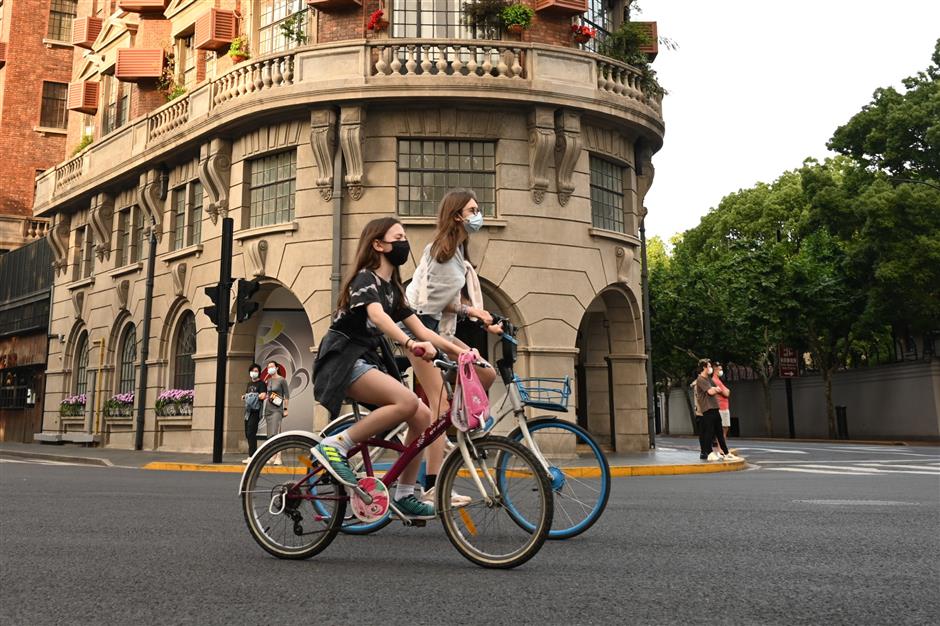 Shanghai will gradually restore its high, medium and low-risk areas designation from next month as part of normalized COVID-19 prevention and control amid the declining number of daily infections.

A local community, village or company will be rated as a high-risk area if at least 10 positive cases or two gathering outbreaks are reported within two weeks.

If less than 10 cases or one gathering outbreak are reported in the last two weeks, the place will become a medium-risk areas, according to Shanghai Health Commission.

People in the high and medium-risk areas will have to stay at home and receive a PCR test every day for two weeks. If no additional case was reported for 14 days, it will be downgraded to low risk, said Zhao Dandan, deputy director of the commission.

The current three-area designation (locked-down, controlled and precautionary areas) will coexist with the high, medium and low-risk areas designation through the end of May.

"The number of locked-down and controlled areas is expected to become smaller with the declining number of daily infections," Zhao said.

"In the next phase, the precautionary areas will be canceled and become low-risk areas."

About 21 million residents, about 85 percent of the city's population, are in precautionary areas – communities, villages, companies and sites without a positive case in the past two weeks. 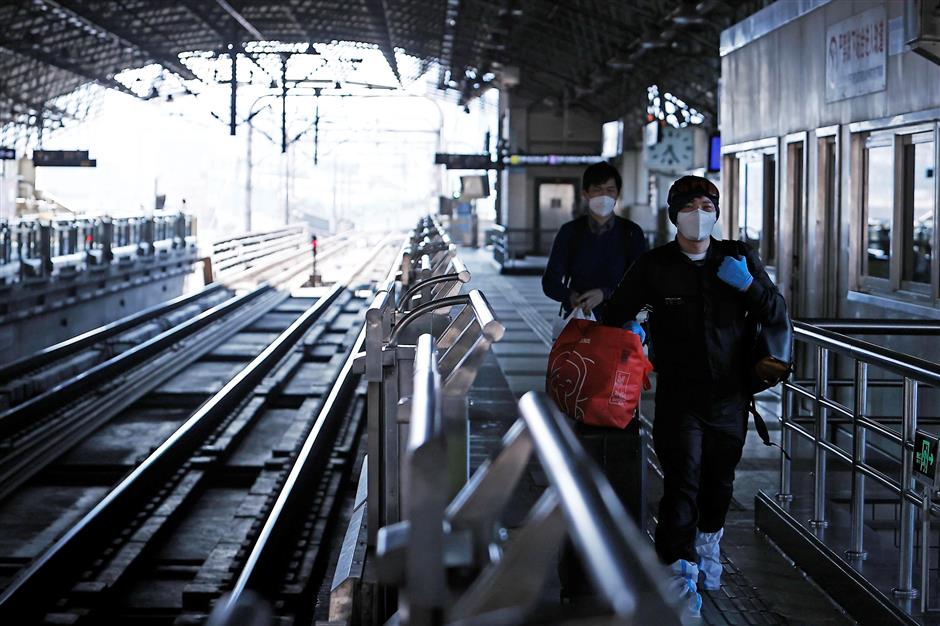 Citizens at the Baoshan Road Station of the reopened Metro Line 3.

The number of residents in locked-down areas is 510,000, while less than 1.7 million are in controlled areas.

A locked-down area will be downgraded to a controlled area, if it reports no new infections in a week, and become a precautionary area if reports no infection for three additional days in a row, according to Zhao.

Shanghai executive vice mayor Wu Qing has said the current three-area designation was for emergency conditions, while the high, medium and low-risk areas designation is for the normalized COVID-19 prevention and control.

Five medium-risk areas in the Pudong New Area, which were rated in late March before the city's phased lockdown, have been downgraded to low areas from Sunday.

The number of local infections dropped by 28 percent to 622 on Saturday, with zero community infections.

Downtown Yangpu and Hongkou districts reported nearly half of city's total positive cases in their locked-down areas and among people under quarantine. Both districts have released notices to suspend the reopening of supermarkets, and launch continuous PCR screening among all residents.

Elsewhere in Shanghai, Jing'an District has also announced it will carry out daily PCR screening among all citizens through Tuesday. All the exit passes for citizens in precautionary areas have become invalid.

Qingpu District announced the resumption of its public transport will be postponed, while Malu Town on the outskirts of Jiading launched a PCR screening on Sunday and everyone is required to stay at home. 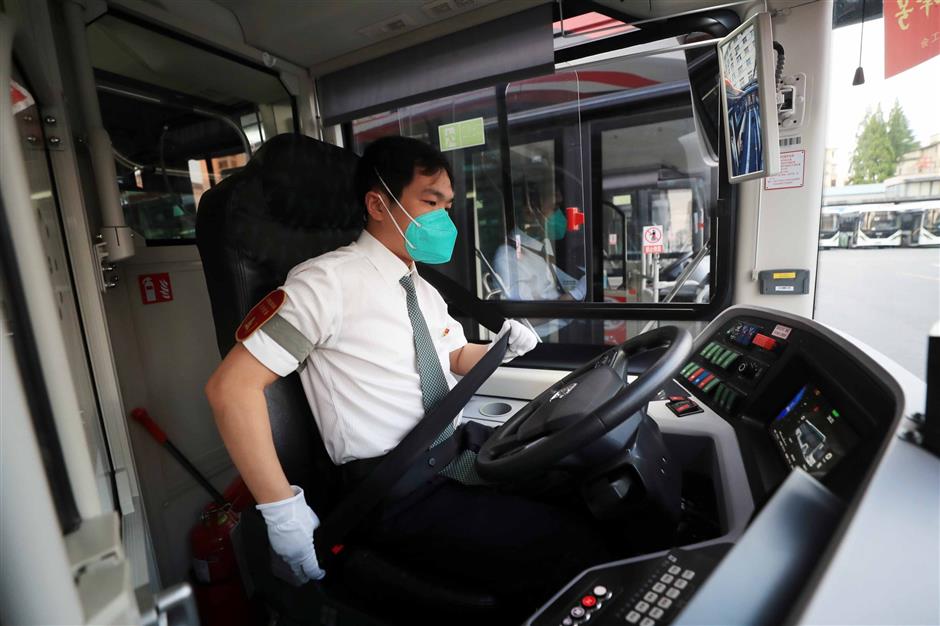 A driver prepares for the restored operation of a local bus line.