Life gets back to normal from tomorrow – Vice Mayor 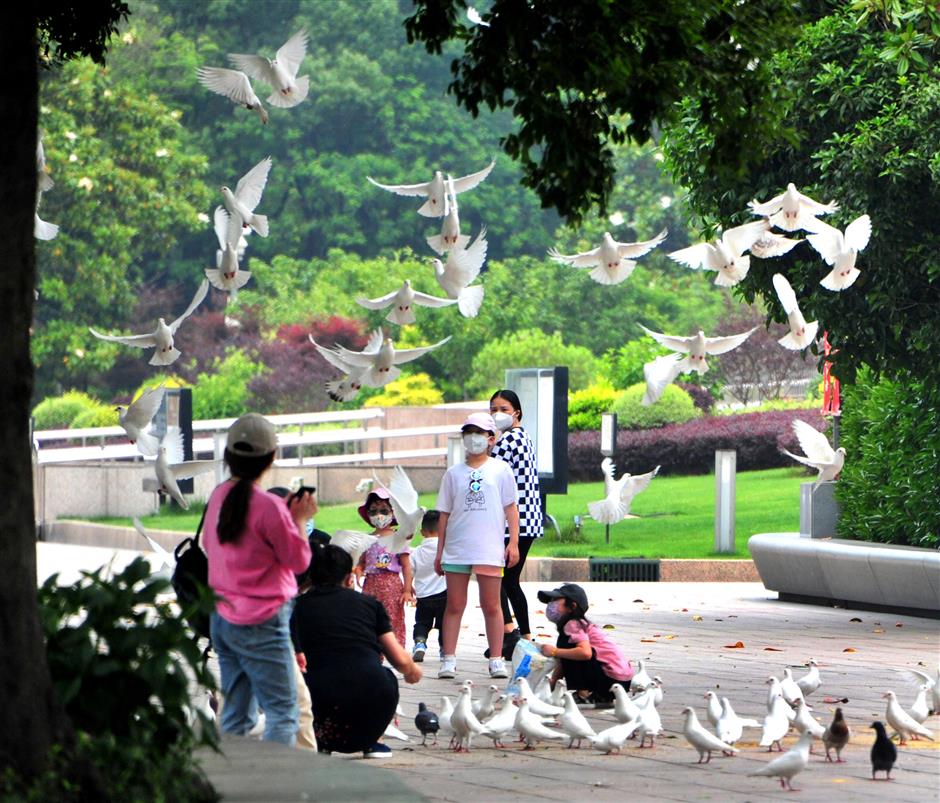 Life, business and transport will fully return almost to normal in Shanghai – except for schools – from Wednesday as the COVID-19 pandemic has been effectively controlled, Shanghai Vice Mayor Zong Ming announced on Tuesday.

Shanghai will enter a new phase from Wednesday to get life and work back to normal.

Controls are in place to ensure there will be no large-scale COVID-19 resurgence and pandemic risks are under control, Zong told the city's coronavirus daily press briefing.

"With the joint efforts of the citizens, the city's daily infection number has dropped to double digits," said Zong.

The number of people in the locked-down areas is under 200,000, while over 22 million citizens are now allowed out, under conditions.

From Wednesday, all residents in areas other than from medium- and high-risk, locked-down and controlled areas will be able to leave their compounds. 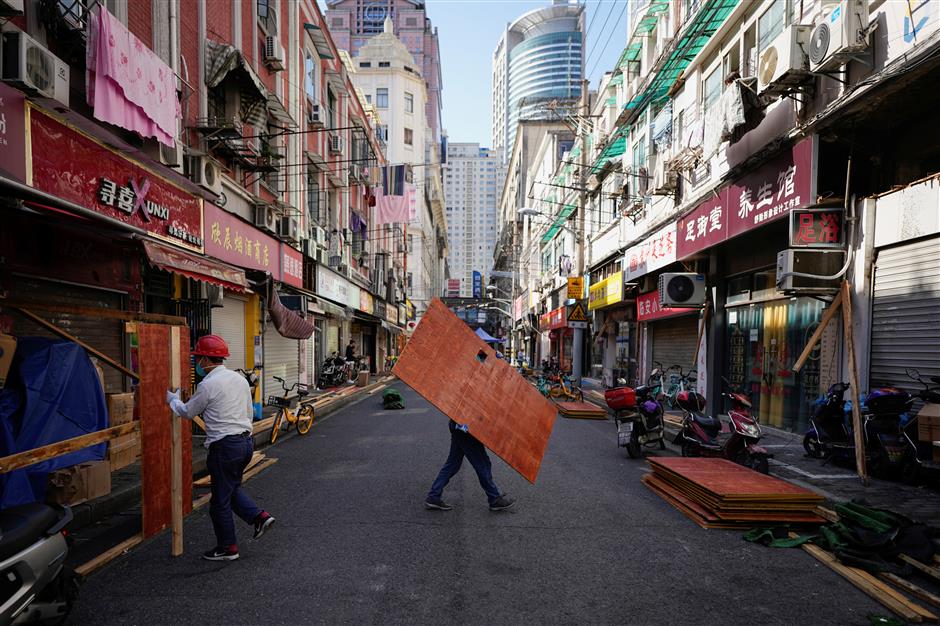 Residents must wear a mask, receive temperature checks, scan a venue code and show a green health code (or receive checks from the digital sentry machine) before leaving their community.Seniors and those do not use smartphones can use the paper version health code and their ID cards.

Metro and bus services will be restored from Wednesday. Private cars, taxis and online-hailing cabs will also resume normal operation.

Shared bikes will also fully restore the operations after maintenance and disinfection. 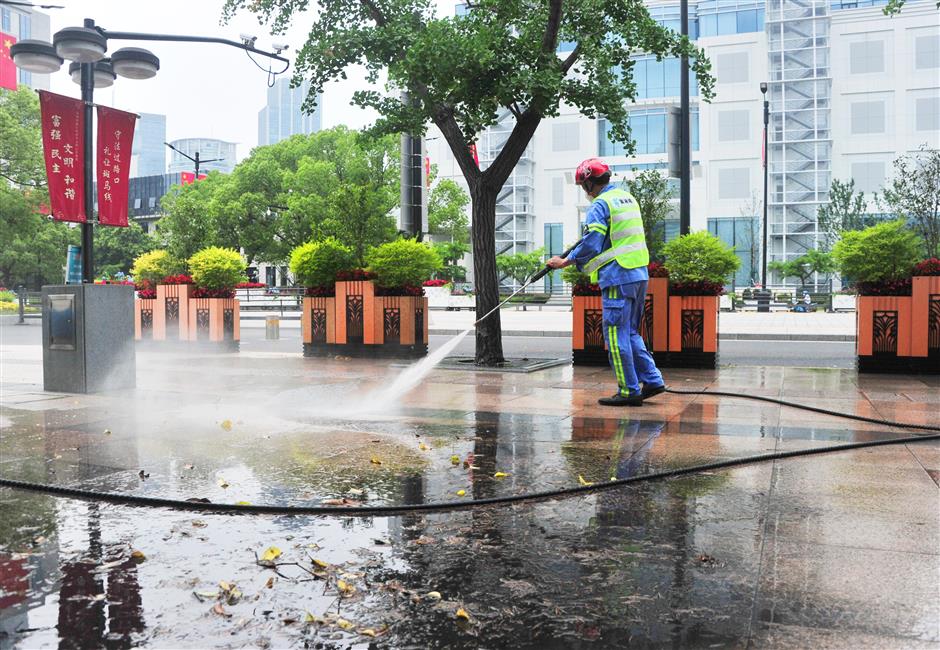 Apart from seven stations near medium-risk areas and makeshift hospitals or within neighboring Suzhou City, the city's 20 Metro lines will basically restore the normal operation from Wednesday with longer intervals of five to 10 minutes at the beginning, according to the city's Metro operator.

Metro passengers must scan the venue code and provide 72-hour PCR negative report to ride the subway. They can also use the official app Metro Daduhui to enter the Metro stations with a single code.

Metro passengers are reminded to check the duration of their PCR report and prepare enough time, because a large number of travelers are expected during the Dragon Boat Festival holiday between Friday and Sunday along with many students and employees returning to work.

Pudong and Hongqiao international airports will further increase the number of domestic flights, while the load factors for international flights will also be increased. 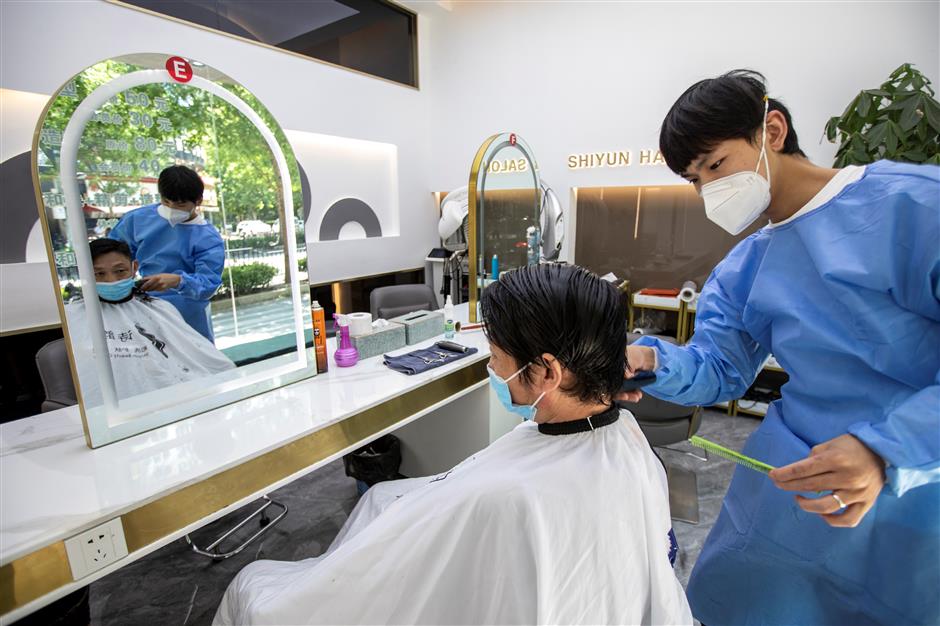 A haircut before going back to work from Wednesday.

Shopping malls, supermarkets, convenient stores and drugstores will reopen from Wednesday with a 75 percent capacity limit. Bathing and hairdressing will receive customers with reservation and the capacity limit.

The tourist and sports venues as well as parks will reopen with the 75 percent capacity limit and visitors are required to stagger and make reservation.

Cinemas, museums, gyms and other enclosed sites will postpone their reopening.

Companies, office parks and office buildings are asked to accelerate the fully work resumption. Employees from non-risk areas can shuttle normally between workplace and home, while those from risky areas shall keep working at home.

Government service windows will reopen from Wednesday. Apart from those living in the a medium- and high-risk or locked-down and controlled areas, staff from the government and public institutions are required to return to work from Wednesday.

Meanwhile, from Wednesday, the cost of a single tube PCR test at local public medical institutions will be cut to 16 yuan (US$2.40) per person from 25 yuan and a mixed test to 3.5 yuan from 5 yuan.

The cost of an antigen test will be reduced to 6 yuan from 15 yuan, said Wu Jinglei, director of the Shanghai Health Commission. All PCR tests in Shanghai are free through June 30.

The number of local infections dropped more than half to 31 on Monday, the lowest since March 5, with no community COVID-19 case.

The No. 20 building at 612 Shunchang Road, Dapuqiao Subdistrict of Huangpu District was downgraded to a low-risk area from medium risk. The city currently has six medium-risk areas, according to Wu. 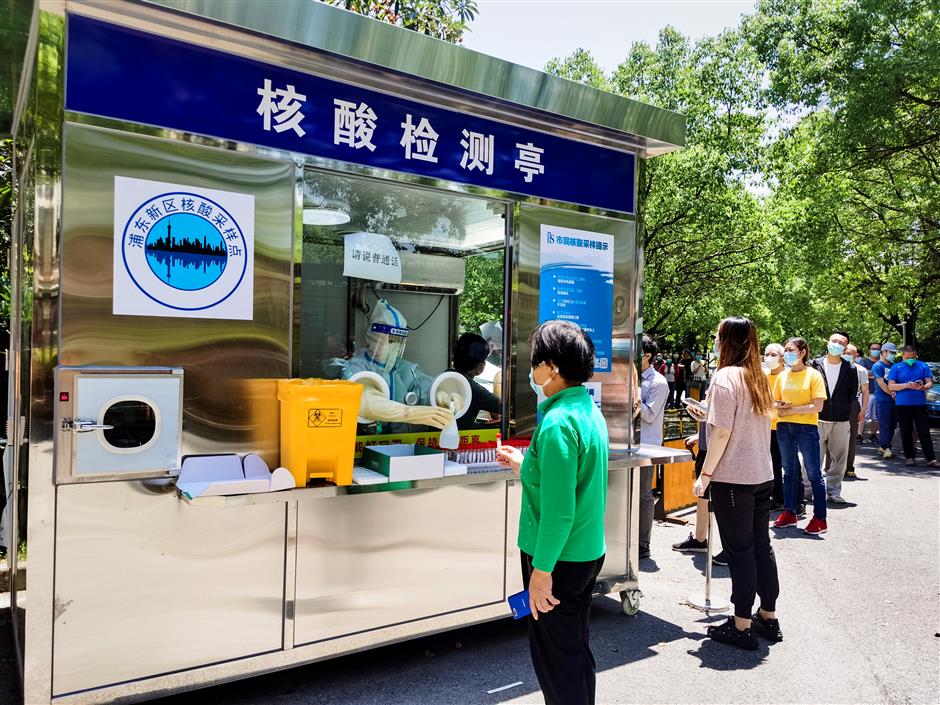 Lining up for a PCR test.