Retail frenzy as shoppers hunt for toys on Children's Day 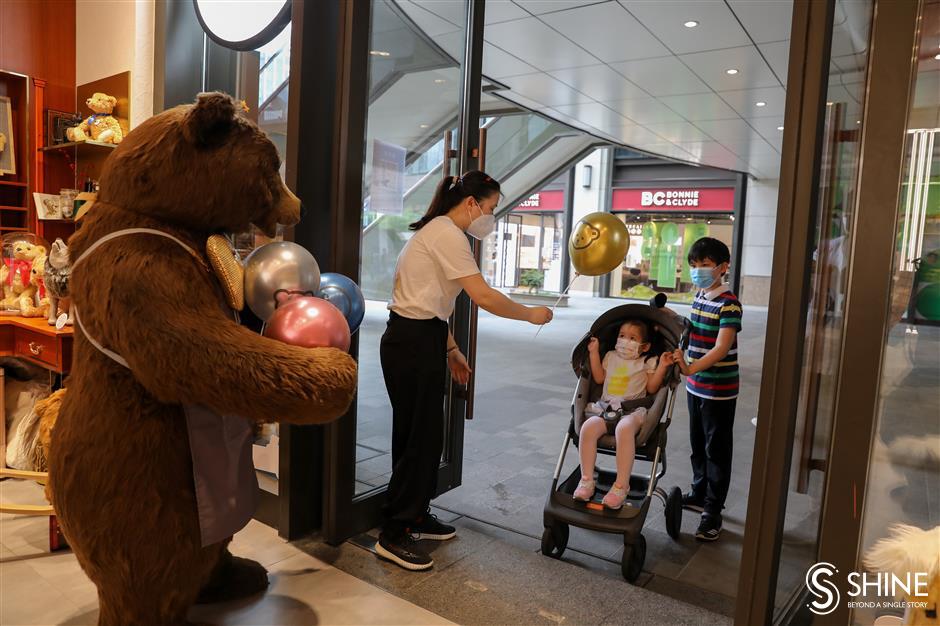 The Steiff toy store welcomes a young customer as it reopens.

It has been nearly two months since Cindy's last shopping outing.

The five-year-old girl took her mother's hand to the time-honored Steiff toy store near bustling Nanjing Road W. after it reopened on Wednesday morning. It didn't take her much time to pick up a teddy bear.

"She's been asking for a teddy bear for long time. So, I took her to pick up her Children's Day gift as soon as the store reopened," the mother said.

A saleswoman, who asked not to be named, said the store saw about 30 sales in two hours – far more than she expected. 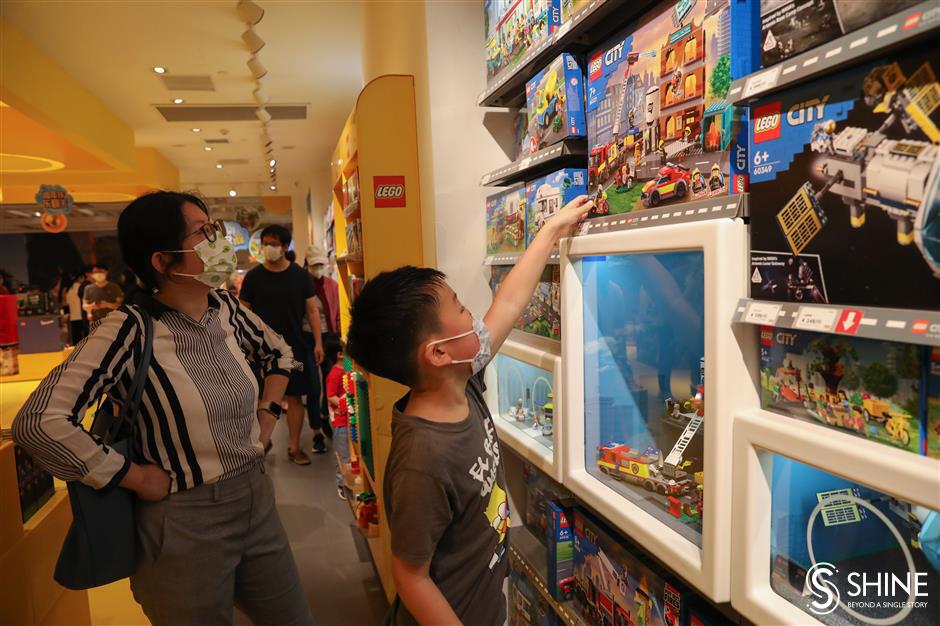 A boy picks up toy at a Lego store.

It's not an isolated case. There is a retail frenzy as the city is returning to normal.

Steiff is one of about 200 stores in the HKRI Taikoo Hui shopping mall which reopened on Wednesday after a two-month closure, with customer numbers capped below 75 percent of maximum capacity.

Health condition verification devices called "digital sentries" have been placed at gates, and a negative nucleic acid test result from within the previous 72 hours is required to gain entry, according to the mall.

The Lego store is popular with children and young-at-heart adults. People lined up in long queues to buy.

A staff member surnamed Wu said it is her sixth year spending Children's Day at the store, and the number of customers is almost equal to that in previous Children's Days.

"Nearly one third of customers had made online reservations and they came to get the products," she said, noting that many people came for two new arrivals – Ferrari cars and Optimus Prime. But many could not get them due to limited supplies.

Learning that the Ferrari car toy was sold out in one hour, a young man, who asked not to be named, immediately rushed to the counter to make a reservation.

"I came just for the Ferrari," he said. He was told that the product could be sent in about three days. 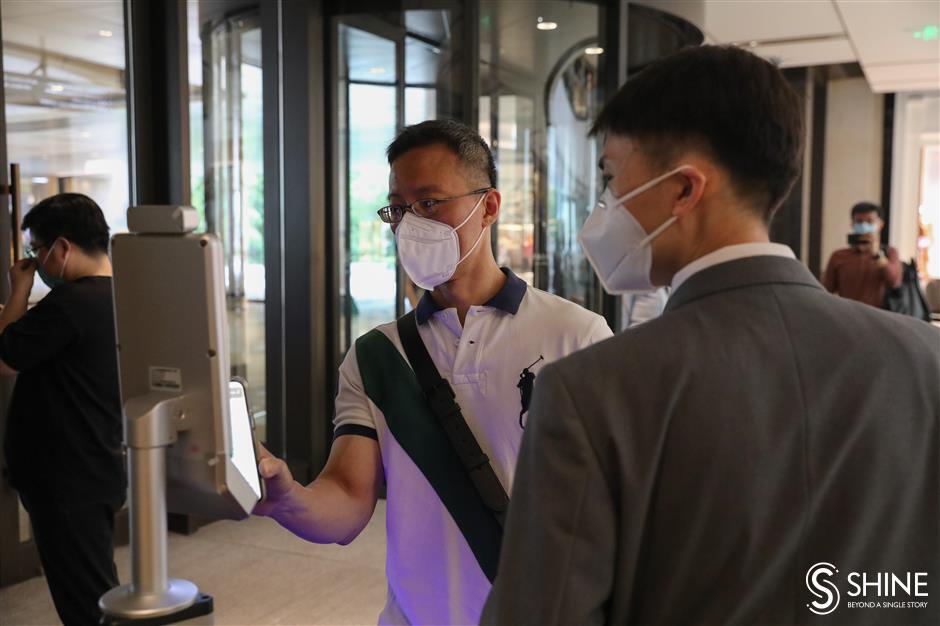 A man scans on "digital sentry" for entry.

However, Huang Lanzhen, store manager of Atelier Cologne, didn't see as many customers as she expected. "Only a few people went looking around," she said.

But she's optimistic. "I'm so glad I can return my workplace, and I believe everything will be fine," she said.

For Hu Mingliang, owner of French restaurant seul & Seul, his business is tested to the utmost. In about two hours, the store only received about 10 take-away orders.

"Take-away service can't completely support my restaurant to make a balanced budget. I hope dine-in service could be allowed to resume as soon as possible," he said. He also expected favorable policies to help small business go through the hard times.