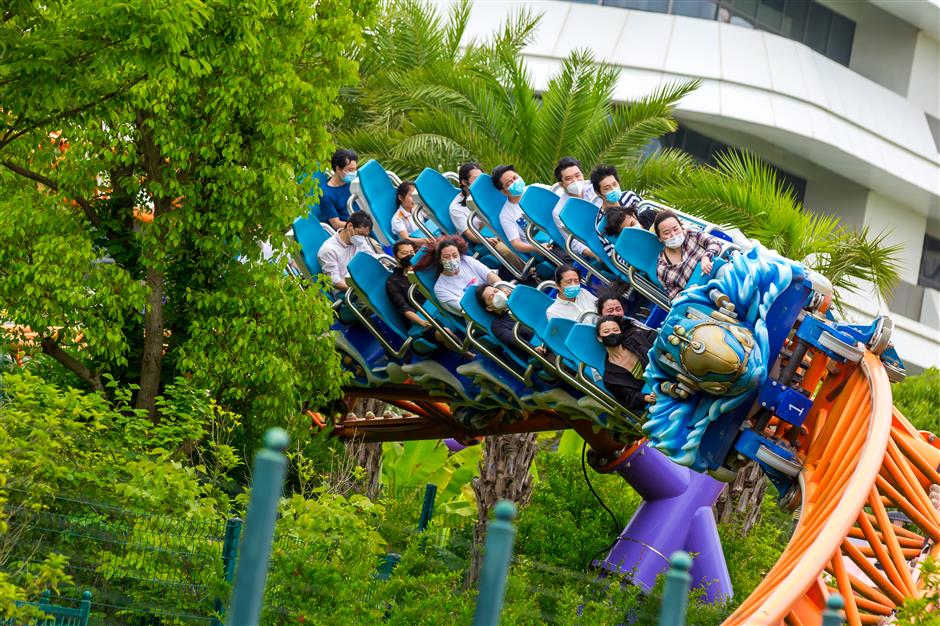 Thrilling fun is back at Haichang Ocean Park. 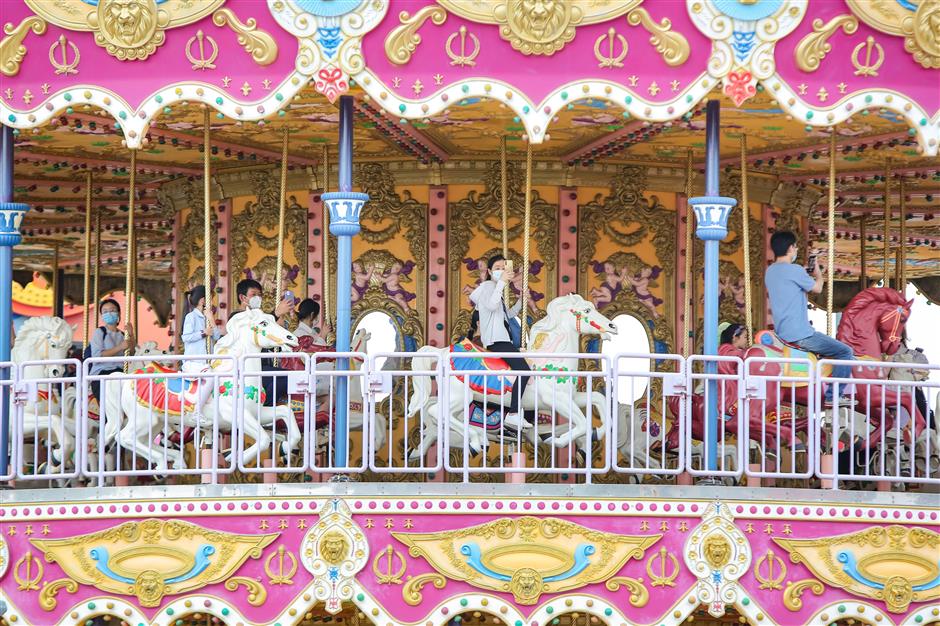 Parks were popular tour options among city residents over the three-day Dragon Boat Festival holiday with some registering more than 20,000 visits in total.

Shanghai Zoo in Changning District received a combined 23,170 visits during the holiday, while Shanghai Botanical Garden in Xuhui District had 19,893.

All its reservation slots for Friday were fully booked early that morning.

So far, 333 parks across Shanghai have reopened, according to the Shanghai Greenery and Public Sanitation Bureau. 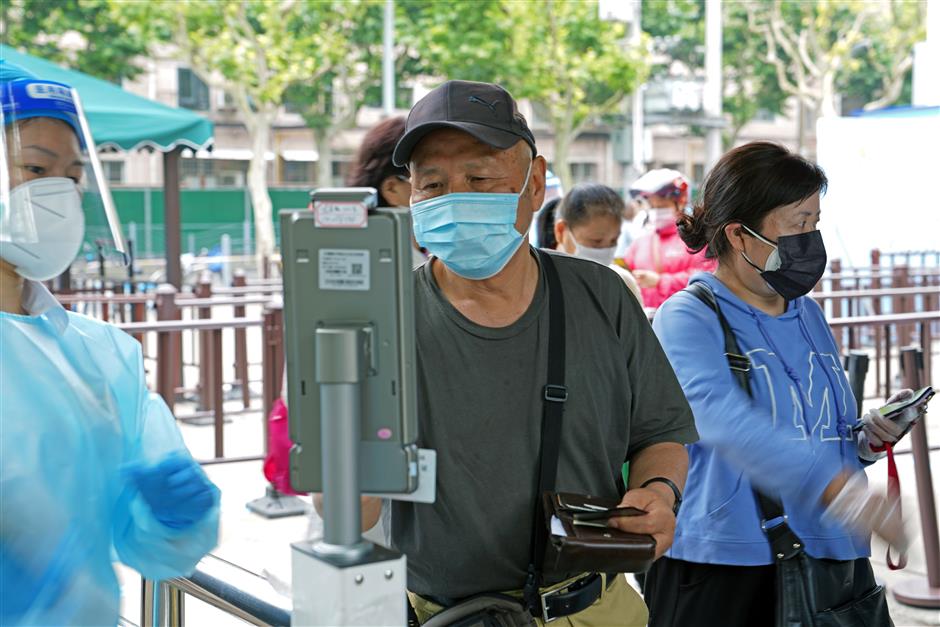 A man has his nucleic acid test information verified for entry into the Shanghai Botanical Garden.

People interact with a sea lion at Haichang Ocean Park.

A tour of nature, camping in Shanghai's suburban districts, a picnic and cycling were popular tourism items among Shanghai residents.

"With the pandemic situation under control, the domestic tourism market is recovering steadily," said Zhang Zhining, a tourism analyst.

"The Dragon Boat Festival holiday may be the turning point of the domestic tourism market this year, and tourism consumption potential in the Yangtze River Delta region may be fully released during the upcoming summer vacation holiday.

"Graduation trips, parent-children trips and trips from seniors are expected to witness a boost with people making up for the regret of a travel vacuum of the first half of this year." 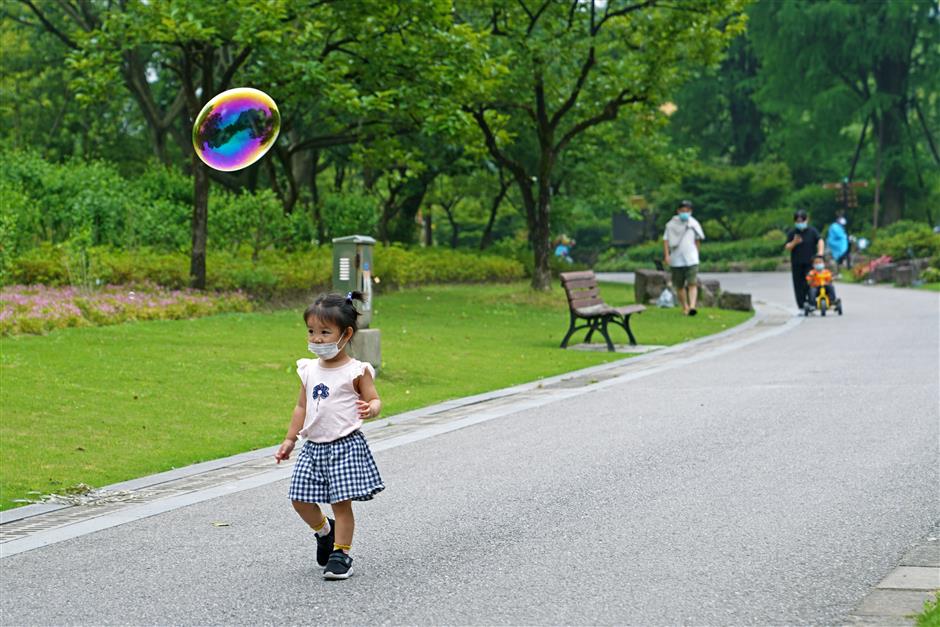 A girl at Shanghai Botanical Garden. 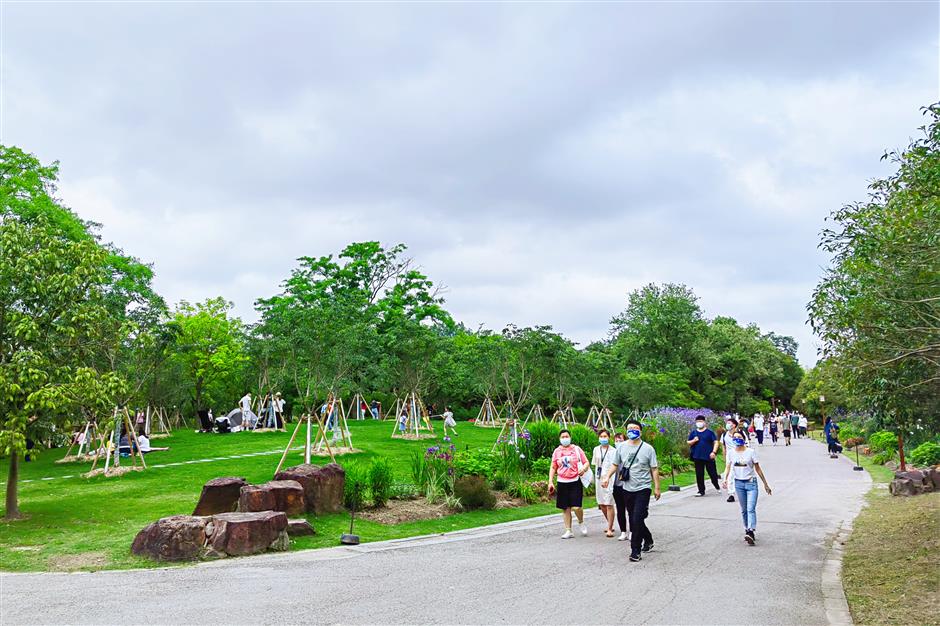 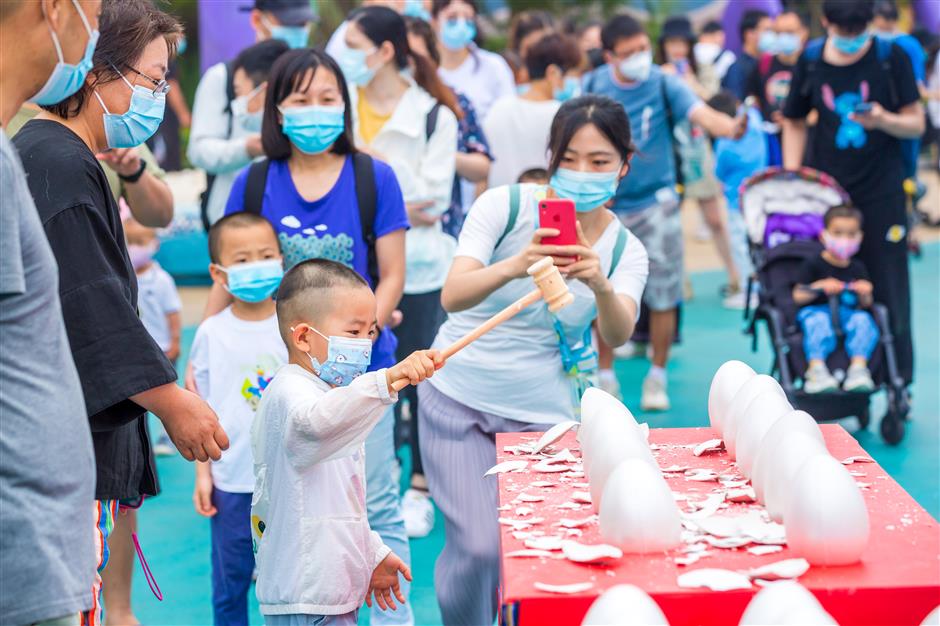 Shanghai-based online travel operator Trip.com said it sold more than 40,000 tickets for Shanghai's tourist attractions on the first day of the holiday. The page view volume of Shanghai Haichang Ocean Park, which announced it would offer free admission between June 4 and 11, soared 1,884 percent from the same day last month.

So far, more than 40 tourist attractions in the city have reopened.

Overall, Trip.com said the number of orders it received for the first two days of the holiday soared more than 30 percent from that of the Qingming Festival holiday, with hotels and ticketing orders posing a double-digit growth. 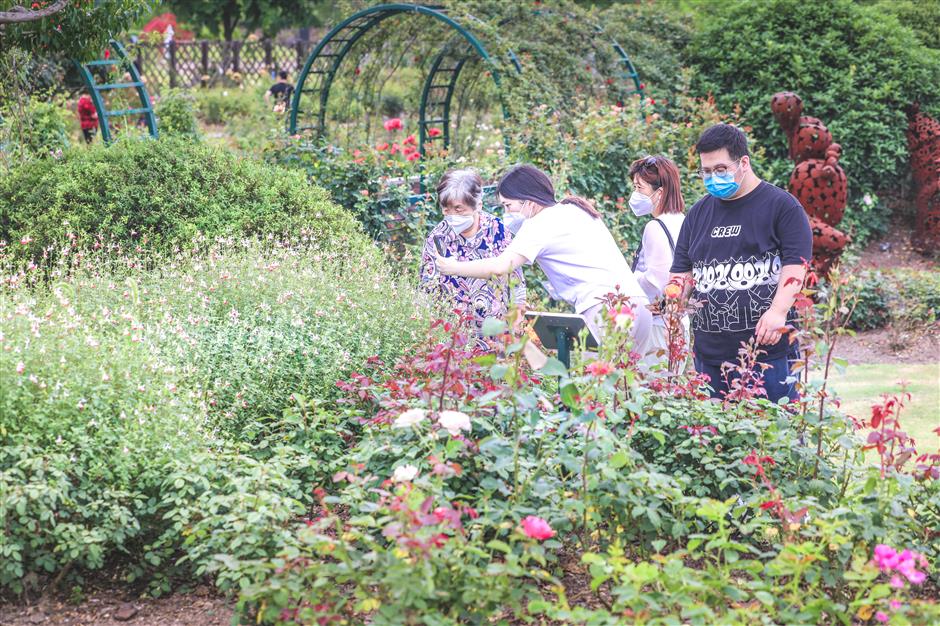