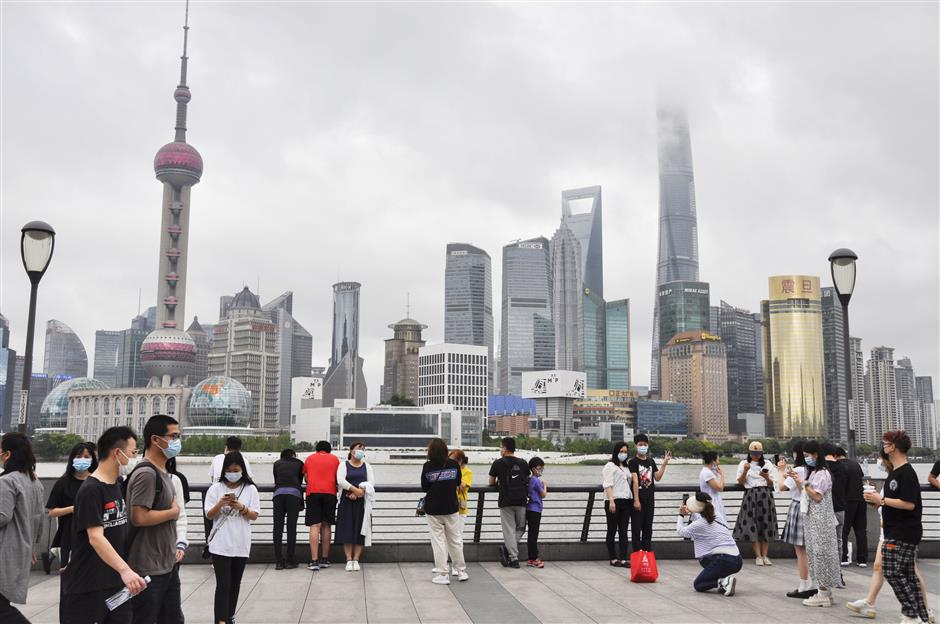 Citizens and tourists pose on the Bund.

From Monday, citizens are allowed to take public transport and enter public areas with a 24-hour PCR test certificate, even if the result has yet to come out, according to Shanghai's COVID-19 prevention and control authority.

The proof that a nucleic acid test has been made within 24 hours will become a valid alternative for those who fail to receive their PCR test result on time, apart from the 72-hour negative PCR report, said Xia Kejia, the official in charge of PCR screening.

The test proof and time of PCR sample collection can be checked on the "nucleic acid check" page of the Suishenban app.

A 72-hour negative PCR report is required for admission to almost all public venues and public transportation after the two-month lockdown and control measures to combat the COVID-19 resurgence.

However, some citizens complained their PCR test result did not show up after a long time, impeding their travel or access to public areas.

The two confirmed cases with mild symptoms and one asymptomatic infection were found in Baoshan and Hongkou districts. They have been sent to designated hospitals for quarantine treatment and medical observation. 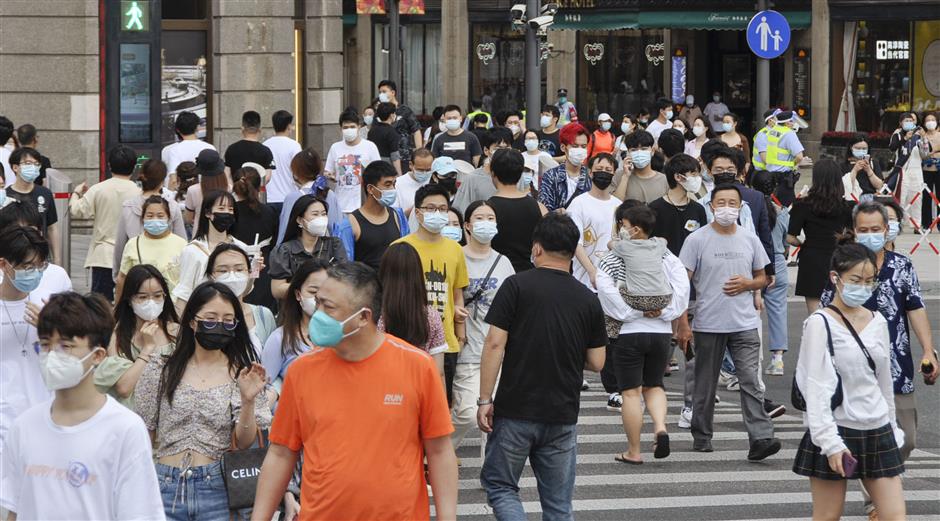 A large number of visitors on the Bund during the Dragon Boat Festival holiday.

"With the progress of work resumption and more movement among citizens, there are still scattered community infections and risk of resurgence," said Wu Jinglei, director of the Shanghai Health Commission.

As the city lifted the two-month-long lockdown and allowed citizens to resume normal work on June 1, community infections were reported in Jing'an, Pudong, Huangpu, Xuhui, Hongkou and Baoshan .

Epidemiological investigations show they went to Shanghai First Maternity and Infant Hospital, offices, shopping malls and restaurants across several districts such as Yangpu and Fengxian. All the spots they visited have been disinfected.

All close contacts and related groups have received PCR screening and most have tested negative so far, while other samples are being tested.

Among the over 300 environmental samples, a sample collected from the garbage bin at the community of a positive case tested positive.

The 1498 Wenchuan Road of Yanghang Town in Baoshan District, 60 Chigou Road in Jiangwanzhen Subdistrict in Hongkou, and 56 Kunming Road in Beiwaitan Subdistrict of Hongkou are now medium-risk areas.

There are now 14 medium-risk areas in the city. 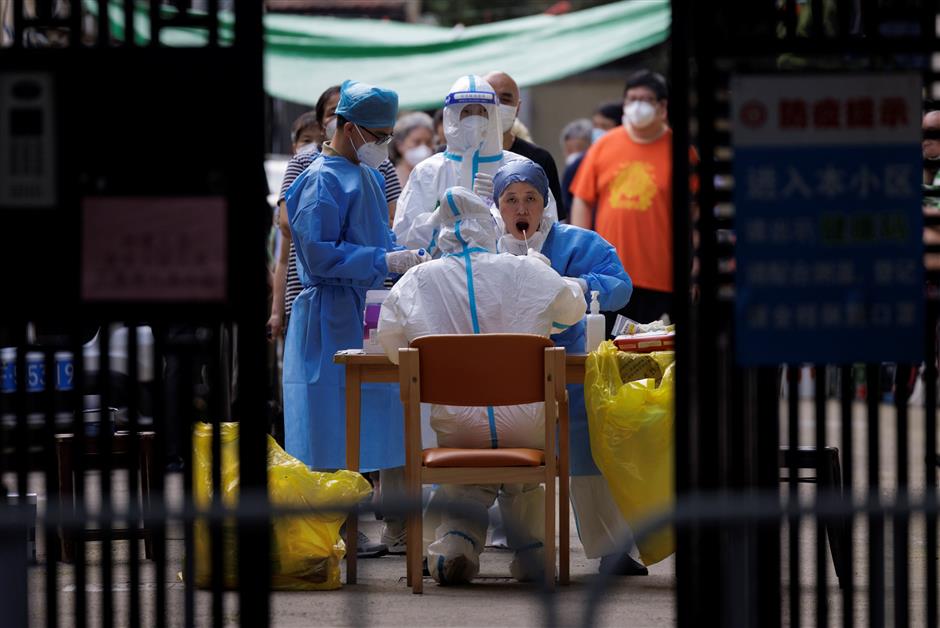 Citizens line up to receive PCR tests at a local community.