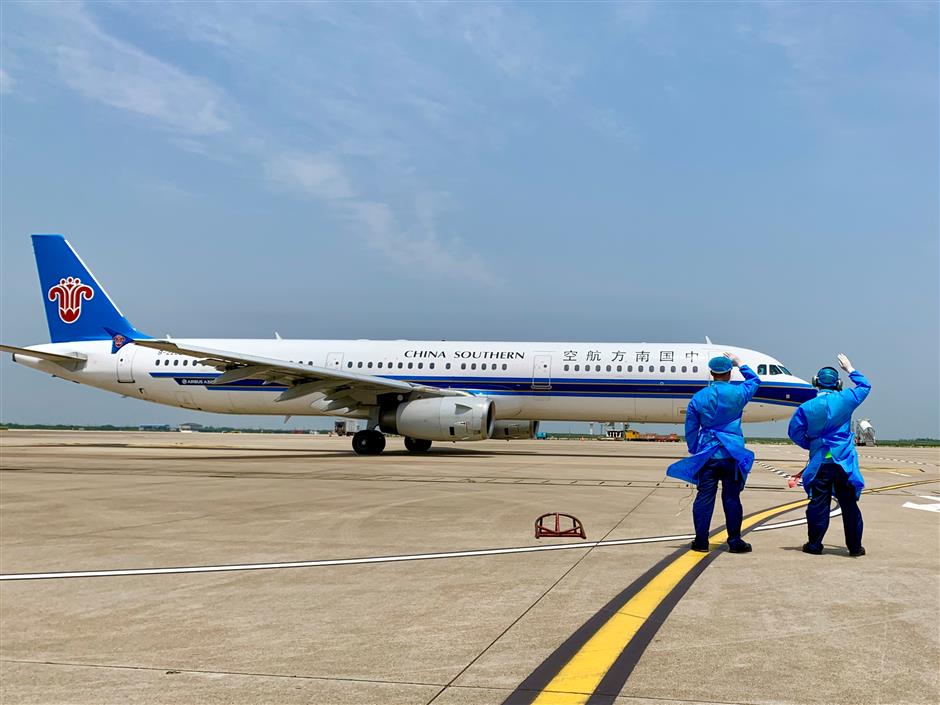 China Southern Airlines' first domestic flight from Shanghai since the city lifted its more than two-month lockdown took off on Monday.

Flight CZ6506 from Shanghai to Shenyang in northeast Liaoning Province took off from Shanghai Pudong International Airport at 1:02pm and landed at its destination about 3:30pm.

It marks the gradual restoration of China Southern's passenger flight services in Shanghai, which had been suspended since the city imposed its phased lockdown from the end of March.

From Wednesday, the Guangzhou-based carrier will resume another flight, from Shanghai Pudong to Changchun in northeast Jilin Province.

A total of 66 domestic flights and 42 international flights were operated at the Pudong and Hongqiao airports during the Dragon Boat Festival between Friday and Sunday. 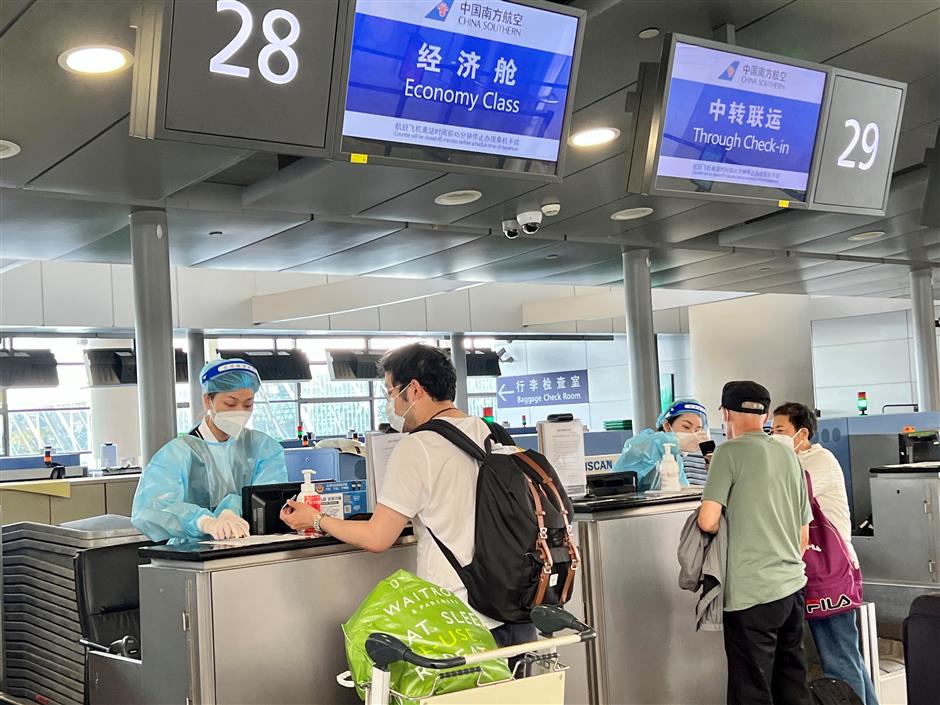 Passengers check in at the Pudong airport as flights are gradually restored.

As of Monday, Shanghai has restored air links to about 20 domestic cities, including Beijing, Dalian in northeast Liaoning, Jinan in eastern Shandong, Kunming in southwest Yunnan and Sanya in southern Hainan Island.

Juneyao Airlines has carried nearly 10,000 passengers as of Sunday with over 80 restored flights. The average load factor has been rising steadily to about 60 percent on each flight, according to the carrier.

China Southern said it has added the COVID-19 prevention and control stipulations of the destination city in the cabin broadcast. Airline staff will also call each passenger beforehand to remind them about the COVID-19 rules.

An airline worker checks the PCR test report of a passenger.