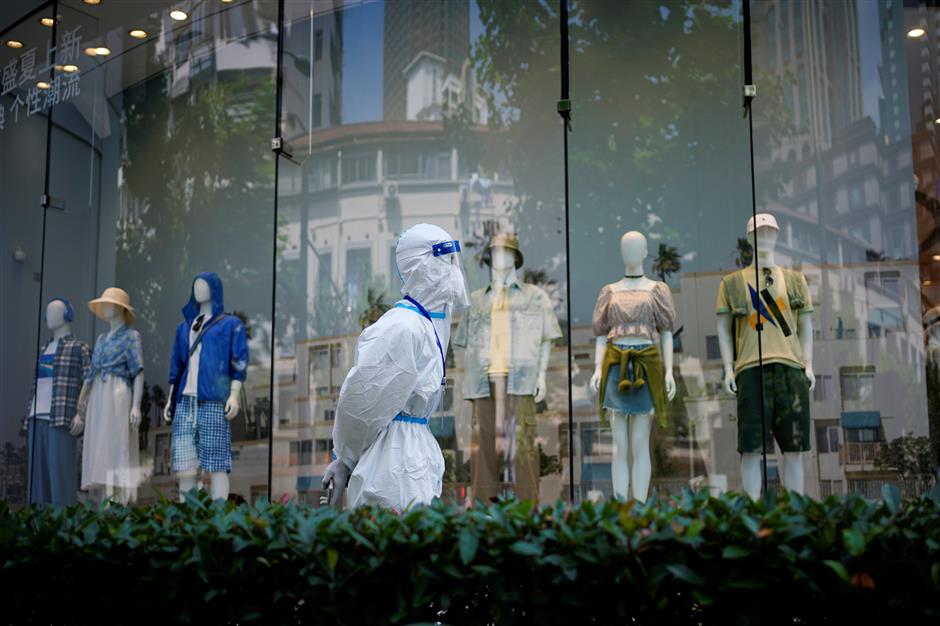 A worker in a protective suit walks past a shop, amid new lockdown measures in parts of the city to curb the coronavirus.

Shanghai's recent COVID-19 cluster infections originated from undetected community cases in downtown and have connections with each other, according to the city's Center for Disease Control and Prevention.

All the positive cases were the Omicron BA.2.2 subvariant, according to gene sequencing, said Wu Huanyu, deputy director of the city's CDC.

Shanghai has reported more than 40 community infections in 13 districts since the city lifted its two-month-long lockdown on June 1. The spread has been driven by several cluster infections at a downtown block, beauty salon and shopping mall.

"Some problems have emerged from these cases, prompting the government departments and companies to take the key responsibility and play a better role as the gatekeepers," Wu told the city's COVID-19 press briefing.

The infections at the junction area of three districts were caused by undetected community cases in the region, which had not been eliminated on time, Wu said.

It was later spread to the Red Rose Beauty Parlor at 1352 Huaihai Road M. in Xuhui District, the source of 15 infections, including 10 employees, their four close contacts and one customer.

Meanwhile, employees at the Suning Wujiaochang store in Yangpu District were infected by their customers, which later led to 28 infections. It was then spread to a gym at a sports park in Baoshan District, according to the epidemiological investigation.

These sites have been rated as medium-risk areas. The salon and mall have been shut down, and officials punished for negligence. 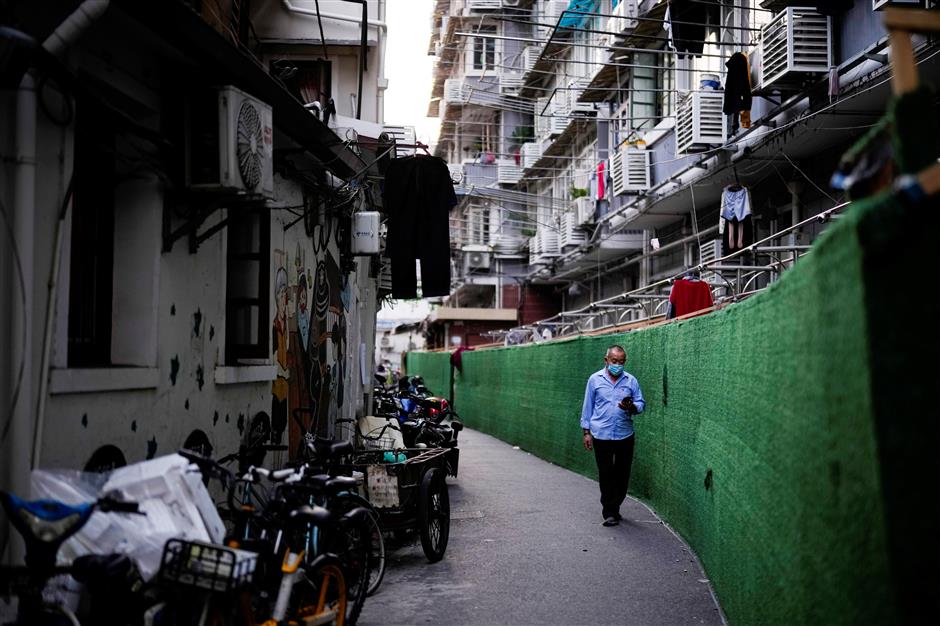 A man walks along barriers in a residential area.

Wu reminded citizens to scan venue codes and take polymerase chain reaction (PCR) tests as required. They are asked to cooperate with the epidemiological investigators and go to nearby fever clinics immediately if they have any symptoms.

The city reported two community COVID-19 infections on Saturday, and designated two more areas as medium-risk. There are now 37 such areas across the city.

The patients with normal and mild symptoms, aged 74 and 50, live in two separate places in Gonghexin Road Subdistrict of Jing'an. One of them has received two COVID-19 vaccine shots.

According to the epidemiological investigation, they have been to supermarkets and some stores in the past two weeks.

The health commission designated two blocks in Jing'an and Putuo as medium-risk according to their traces, where massive PCR screenings will be conducted, said Zhao Dandan, deputy director of the commission.

All Shanghai districts will arrange massive community nucleic acid screenings every weekend through the end of July. The first batch of such screening has been conducted in half of local districts on Saturday. The rest will conduct the screening on Sunday.

Zhao asked the organizers to avoid conducting the PCR screening in high temperatures and prepare rain shelters as it is plum rain season. 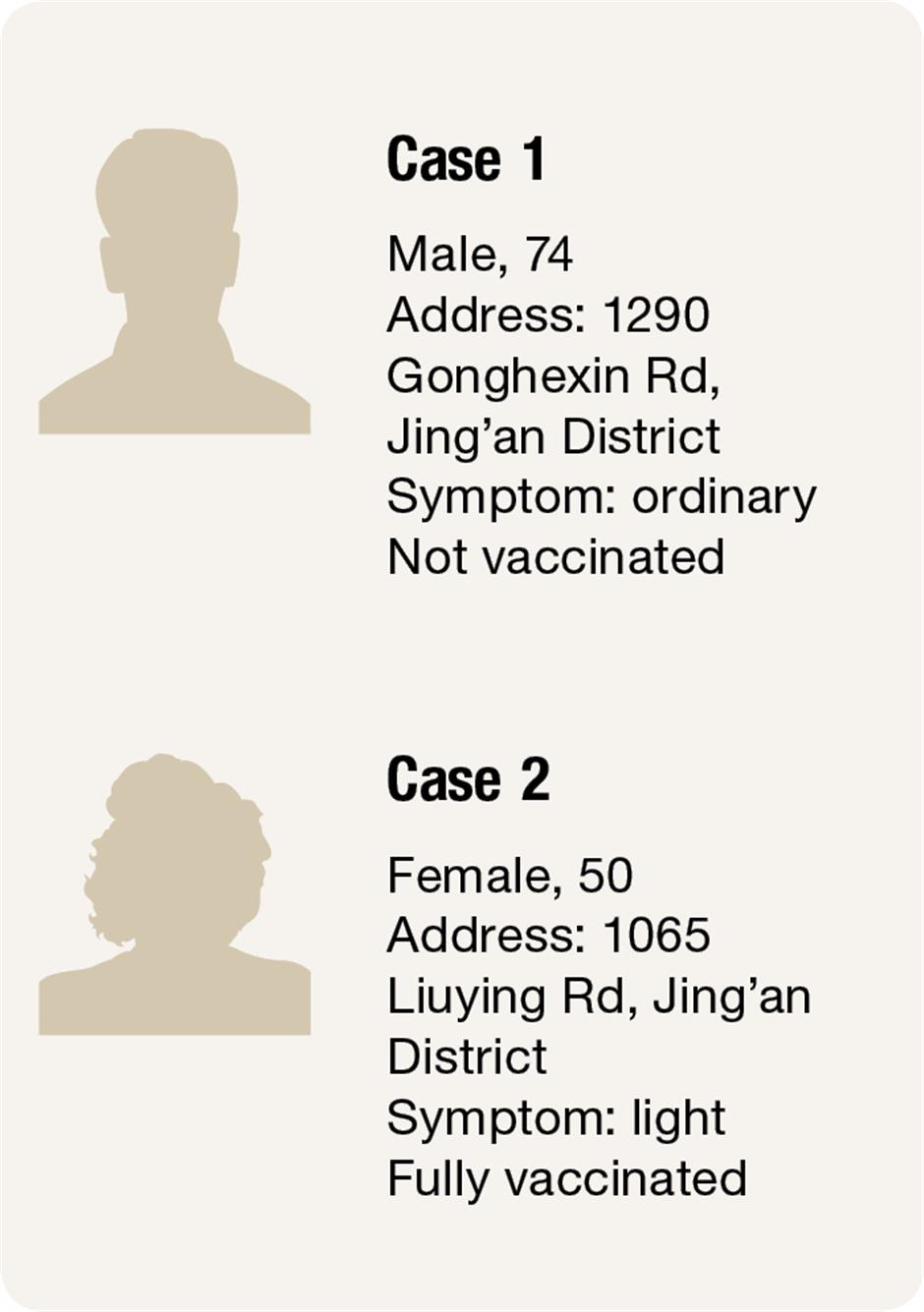 Both of the two new cases are in Jing'an District.