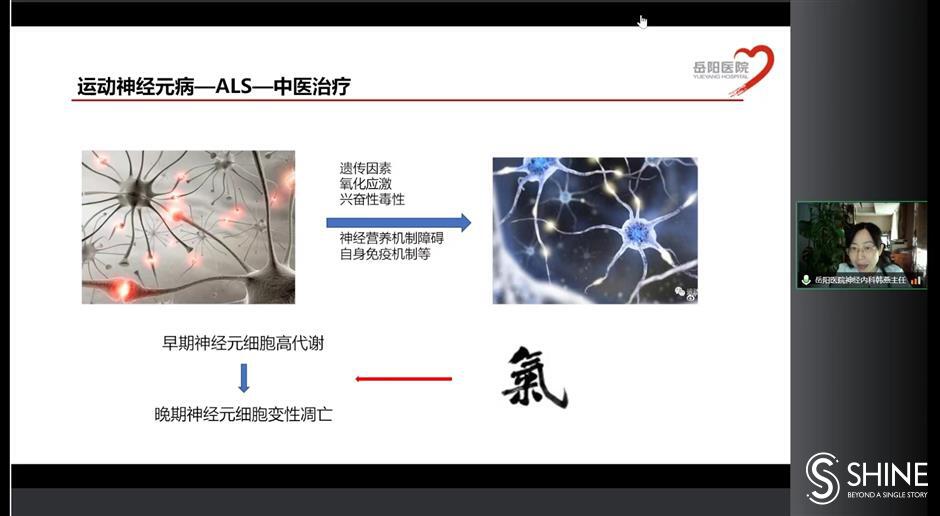 Han Yan, director of the neurological department at Yueyang Hospital of Integrated Traditional Chinese and Western Medicine, Shanghai University of TCM, talks on the online event. 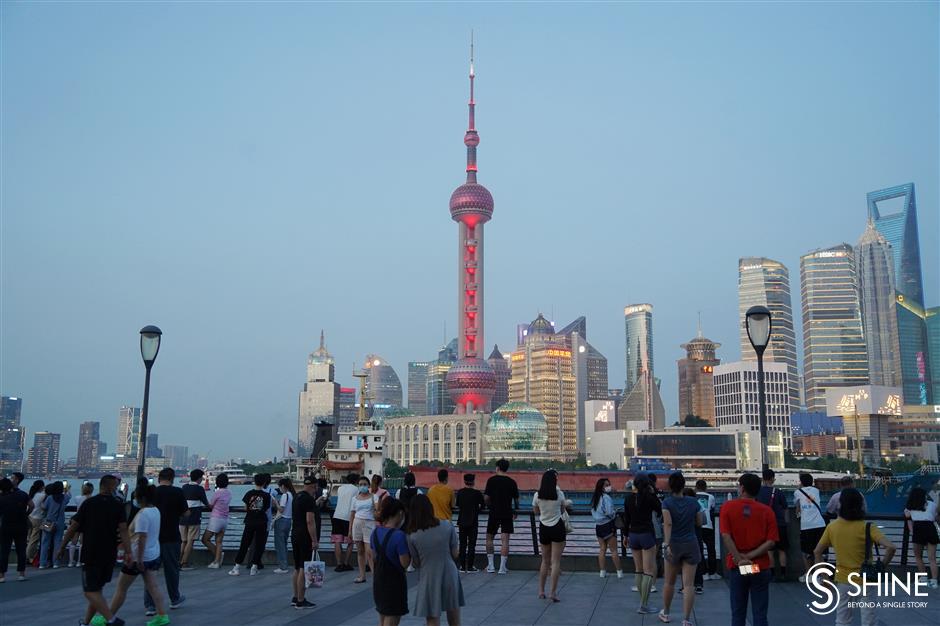 The Oriental Pearl TV Tower is lit up in red for the ALS/MND day on Tuesday.

Charities, corporate sponsors, and medical specialists gathered for a daylong online event livestreamed from Shanghai on Tuesday to mark the global day of awareness for ALS/MND, an inherited genetic muscular condition for which there is no cure.

Han Yan, a neurologist from Shanghai, revealed that over 100 drugs for people with the disease are currently under clinical studies, with two new ones approved in North America just last month.

Han, who is the director of the neurological department at Yueyang Hospital of Integrated Traditional Chinese and Western Medicine, Shanghai University of TCM, also said that Chinese medicine is playing an increasingly essential role in treating the disease at this time.

A multidisciplinary treatment clinic for spinal muscular atrophy (SMA), a neuromuscular disorder, opened at Huashan Hospital of Shanghai this year.

To mark the day, Shanghai landmarks like the Oriental Pearl TV Tower and the Citigroup Tower in Lujiazui were lit up with public service advertisements about the disease.

The adverts are also being played on the rear windows of 8,000 Qiangsheng cabs to promote the public awareness campaign for the disease.

According to the Shanghai-based Neuro-Muscular Disease Association of China (MDA China), the event's co-organizer, over 100,000 people followed the event online.

The event was held offline before the COVID-19 epidemic. It was initiated in 2005 by Zhu Changqing, founder of MDA China and the Changqing Care Fund, who also suffers from the disease.

There are an estimated 4.5 million ALS/MND patients in China, with 50,000 of them living in Shanghai.